No Word on Reopening of Route 92 in Luzerne County

EXETER, Pa. — A well-traveled bridge in Luzerne County that partially collapsed because of a water main break has been closed for about a week and a half ... 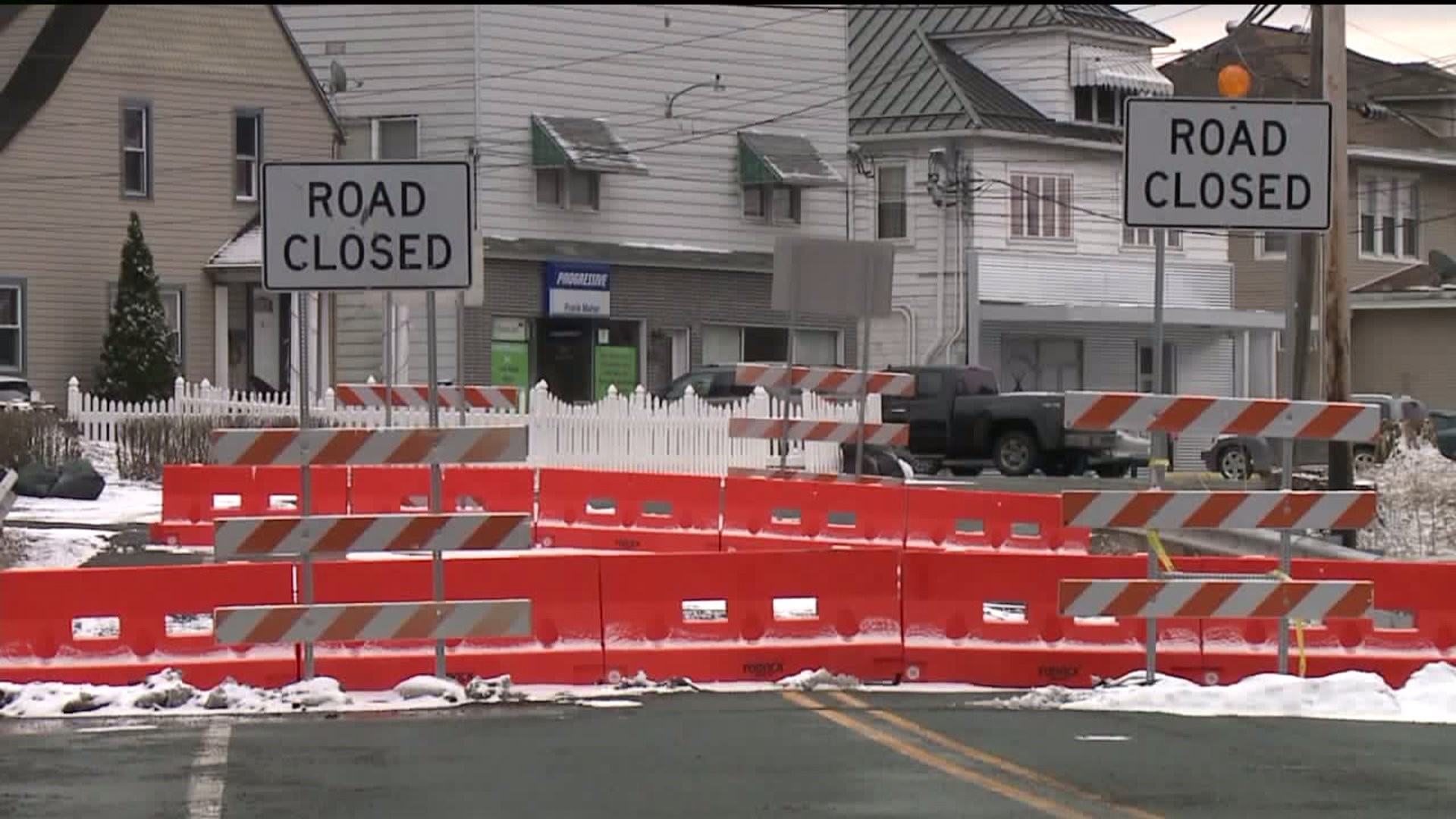 EXETER, Pa. -- A well-traveled bridge in Luzerne County that partially collapsed because of a water main break has been closed for about a week and a half now.

The bridge on Route 92 in Exeter is still closed. Cars and trucks have to take a detour of several miles to get around it. PennDOT officials tell Newswatch 16 they don't know when it will reopen.

"Big detour for me," said Vincenzo Scotto. "I really don't like it. It takes me a little longer to go to work or to get downtown for the daily routine."

The bridge closed because of a water main break that then damaged a large pipe underneath the bridge, causing the road to collapse.

Now, PennDOT's spokesperson says crews have recently found another pipe underneath the bridge that is also damaged and has to be fixed.

"I wasn't too happy about it. It's a big road. We all take this road to go downtown," Scotto said.

We spoke to business owners near where the bridge is closed.

"They had the road closed completely, and people thought that we wouldn't be doing anything here," said Rick Lizza at Lizza's Service Station.

We spoke to the owner of Lizza's Service Station about a week ago when the bridge first closed. Back then, he was worried about the closure affecting his business. So far, he says, it hasn't.

"Since you interviewed me the last time, they opened it up and put a 'local traffic only' sign, which is what we really wanted," Lizza said.

He says the change in signs has made a world of difference.

"It seems like it helped. We've been busy. People know we're here, and that's the main thing," Lizza added.

PennDOT leaders will hold a meeting Thursday morning to discuss what the next step will be in repairing this bridge and how long they expect it to be closed.