No Pay for Hazleton City Workers?

HAZLETON — Anybody who works for the city of Hazleton may not be getting paid between next week and the end of the year. City leaders discovered a $500,00... 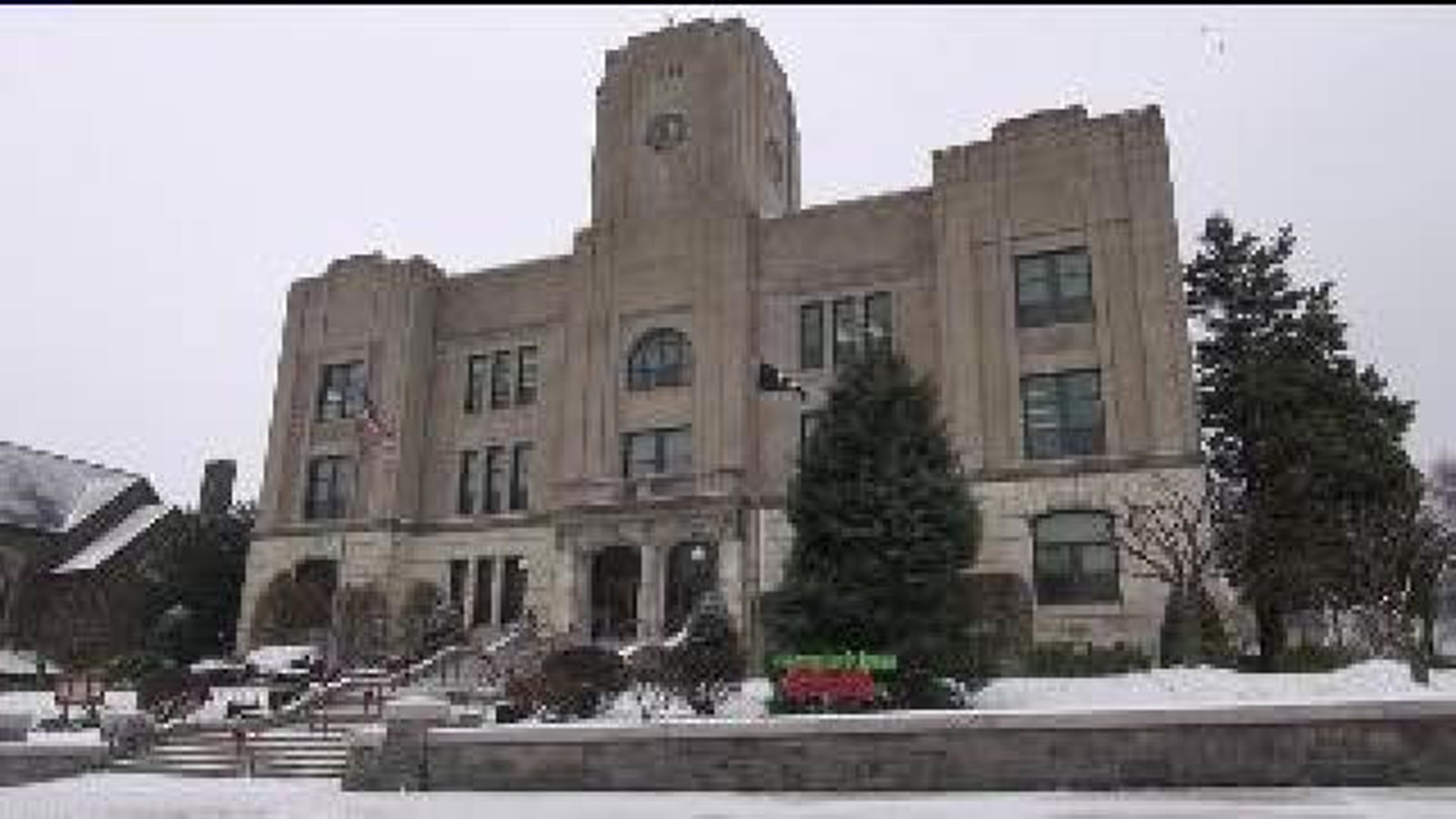 HAZLETON -- Anybody who works for the city of Hazleton may not be getting paid between next week and the end of the year. City leaders discovered a $500,000 budget gap, and without that money, the city can't pay its workers.

From the outside, Hazleton City Hall is covered in holiday cheer. Inside,  some city employees are less than joyful. That's because a $500,000 budget gap might mean no pay for all city employees for the rest of the year.

"The council actually crashed us against the wall, and we're out of the race now," said Hazleton Mayor Joe Yannuzzi.

Mayor Yannuzzi says city council passed a storm water fee for property owners earlier this year. The fee would have brought in that $500,000, but council then rejected it, leaving a half million dollar gap. The backup plan for a bank loan to cover the gap didn't work.

"We thought we'd have to go out and borrow money to finish the year off, but the first question the bank asks is how are you going to pay this back? And there was no funding to pay them back," said Yannuzzi.

Fifty of 110 city employees will be furloughed next Monday if council doesn't find a way to close the budget gap.

Essential employees, like city firefighters would continue to work, but without pay.

"It's a little tough, especially with the holidays coming. You know i'm not going to say it's easy, but it' also something that we understand public safety is number one, and we have to work towards making sure the public stays safe," said Hazleton Fire Chief Don Leshko.

The city council president says he didn't think the storm water fee was worth passing since the money from it wouldn't come in until next year. But Mayor Yannuzzi says that's where the loan would come in.

People who live in the city say they're sick of Hazleton's financial roller coaster.

"There's no unity there. It sounds like it's just some kind of a stalemate to make someone bend a knee," said William Green, of Hazleton.

The city council president says he didn't know the financial situation was this dire and that he needs more information. Unless council calls an emergency meeting, the next one is scheduled for next Thursday. If the gap remains, the furloughs in Hazleton would take effect on Monday.