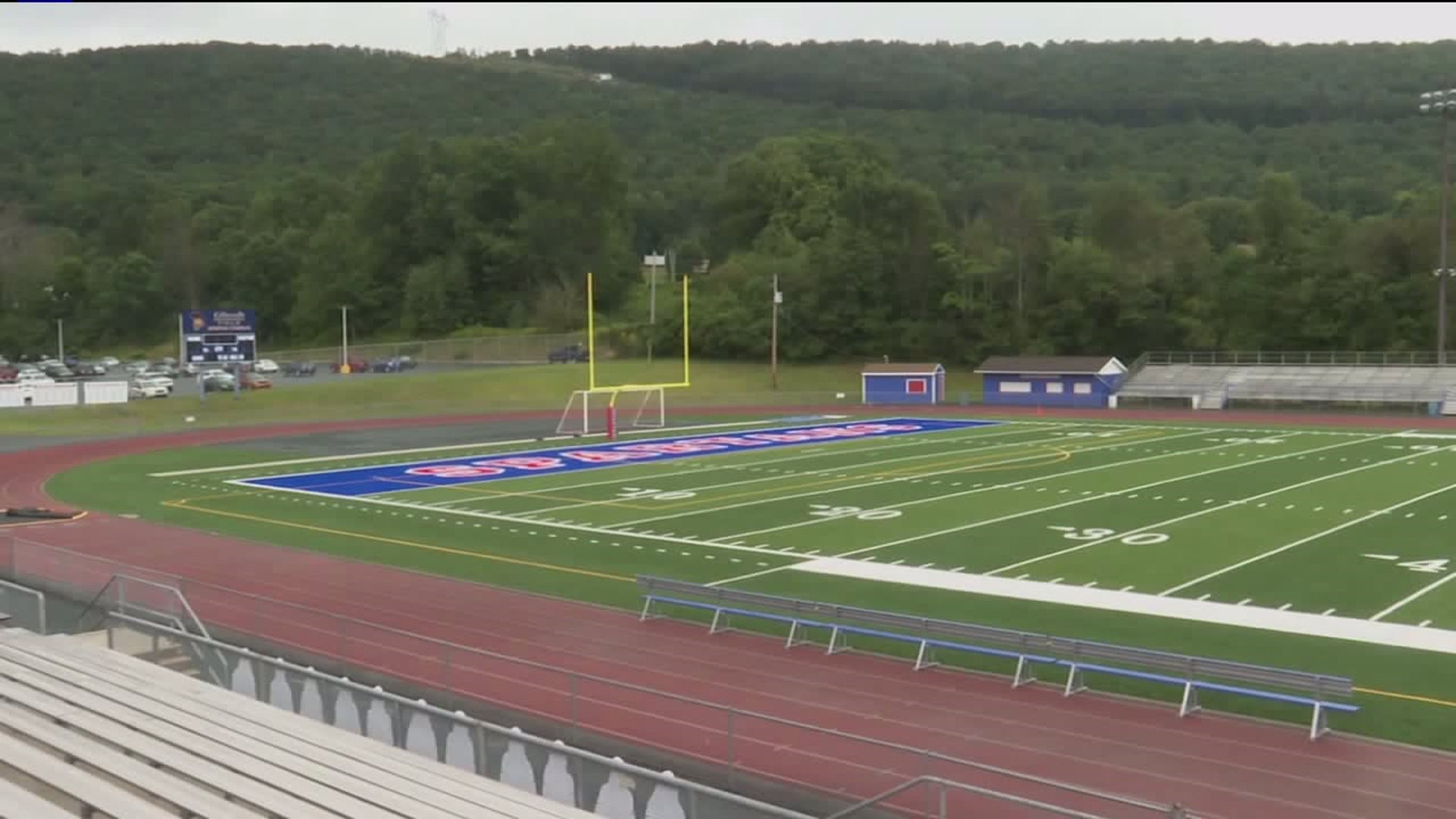 NORTH SCHUYLKILL, Pa. -- Let’s rewind back to November of last year. North Schuylkill High School played host to Jim Thorpe in a playoff game at Spartan Field. The conditions? Not really ideal, so this matchup was named The Mud Bowl.

"The conditions were bad. There was like an inch or two of water in some spots. It was really slippery, muddy. You couldn't really hold the ball. You couldn't get footing. It was just something else,” North Schuylkill football player Tyler Elsdon said.

Fast forward to now and the playing surface near Ashland looks much different. It can rain all it wants and there still won't be mud and slop, because a new synthetic turf field was installed this summer after drainage issues on the grass surface caused repeated headaches and subpar conditions over the years.

"We're really proud of it. We're very happy. Super thankful to have a field like this, especially this coming year. Even our community, everyone is really excited to see it,” North Schuylkill football player Jake Green said.

"Our field was pretty rough. The ball would skip a lot and people would be falling over. Especially after football games on Friday’s, Saturday morning it'd be pretty rough on us,” North Schuylkill soccer player Chris Cutrona said.

The project cost $1.2 million and only took about two months to complete. The district paid about $300,000 to install the turf. The rest was paid for through sponsorships. Not only do the football and soccer teams utilize the field, but so does the school band, as well as gym classes here at the high school.

"When all the classes are inside, there's not a whole lot you can do and it gets kind of boring. Now, our teachers are going to be able to bring us out here a lot longer and we'll be able to do more activities,” North Schuylkill soccer player Quinn Fisher said.

The football team will play on the turf here for the first time this Friday, as the Spartans host Shamokin.