NEW YORK CITY — The train in the Newswatch 16 backyard is in the national spotlight yet again. John Oliver, the host of Last Week Tonight on HBO, unveiled... 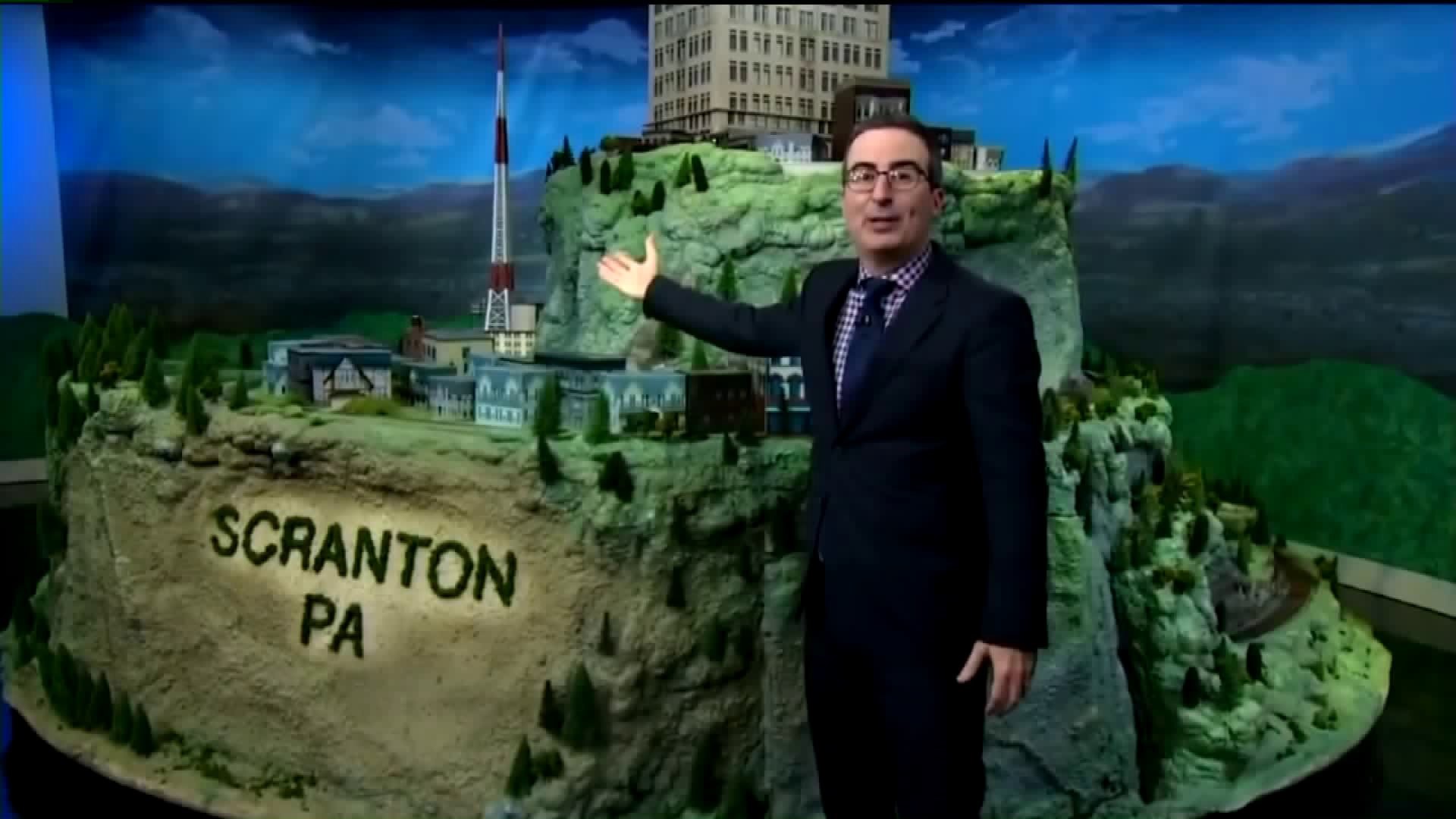 NEW YORK CITY -- The train in the Newswatch 16 backyard is in the national spotlight yet again.

John Oliver, the host of Last Week Tonight on HBO, unveiled a gigantic train set featuring different iconic Scranton locations and told WNEP to come and get it.

It's going to take some work to get the train set here to the backyard but we are working with people from John Oliver's Last Week Tonight show to do just that.

We were told it is 18-feet wide and 16-feet tall, clearly not going to fit in our news car, but we still had a fun day in the Big Apple talking to some people from our area who are all wondering how we are going to get it back.

TRAIN UPDATE: Well they weren't lying, the train is big. It's 18ft wide and 16ft tall. It's all boxed up now and in storage. @WNEP pic.twitter.com/zWv7QJUP4n

Oliver unveiled the giant train set on his latest episode. It features a number of landmarks like the Electric City sign, the Scranton Times building, even some fireworks. At the end, he told us, "come and get it."

So on Monday, we found ourselves at the studio on West 57th Street in the New York City.

Because the show is going on a short break, the train set has already been taken down. Now the big question is, how are we going to get all those boxes to the backyard?

Alexis Alu is originally from Lackawanna County and now works in New York City. She was pleasantly surprised when she saw the segment.

"When I saw the video, I was hoping it was going to get picked up and I am very intrigued to see how it is getting back to Scranton," said Alu, a former Dunmore resident.

WNEP is working with members of the show to get the gigantic train set to Scranton.

"Living in New York, it was great to see a piece of home on TV. I appreciated his love for just how passionate the people of Scranton are," Alu added.

"I mean if it's passionate to you then I guess it's fine," said Obryen Matters. "If somebody made fun of me or made silly comments about me, I would come down if I really cared."

Some other people with ties to Scranton think they might take a trip back to the Electric City just to see the train display whenever it arrives.

"It's not every day you get to see Scranton on HBO and get some recognition that isn't the office," said former Scrantonian Mike Ponomo.