New Use for an Old Smokestack

CARBONDALE — A historic smokestack in part of Lackawanna County is getting a new lease on life. Folks in Carbondale have been wondering what’s been ... 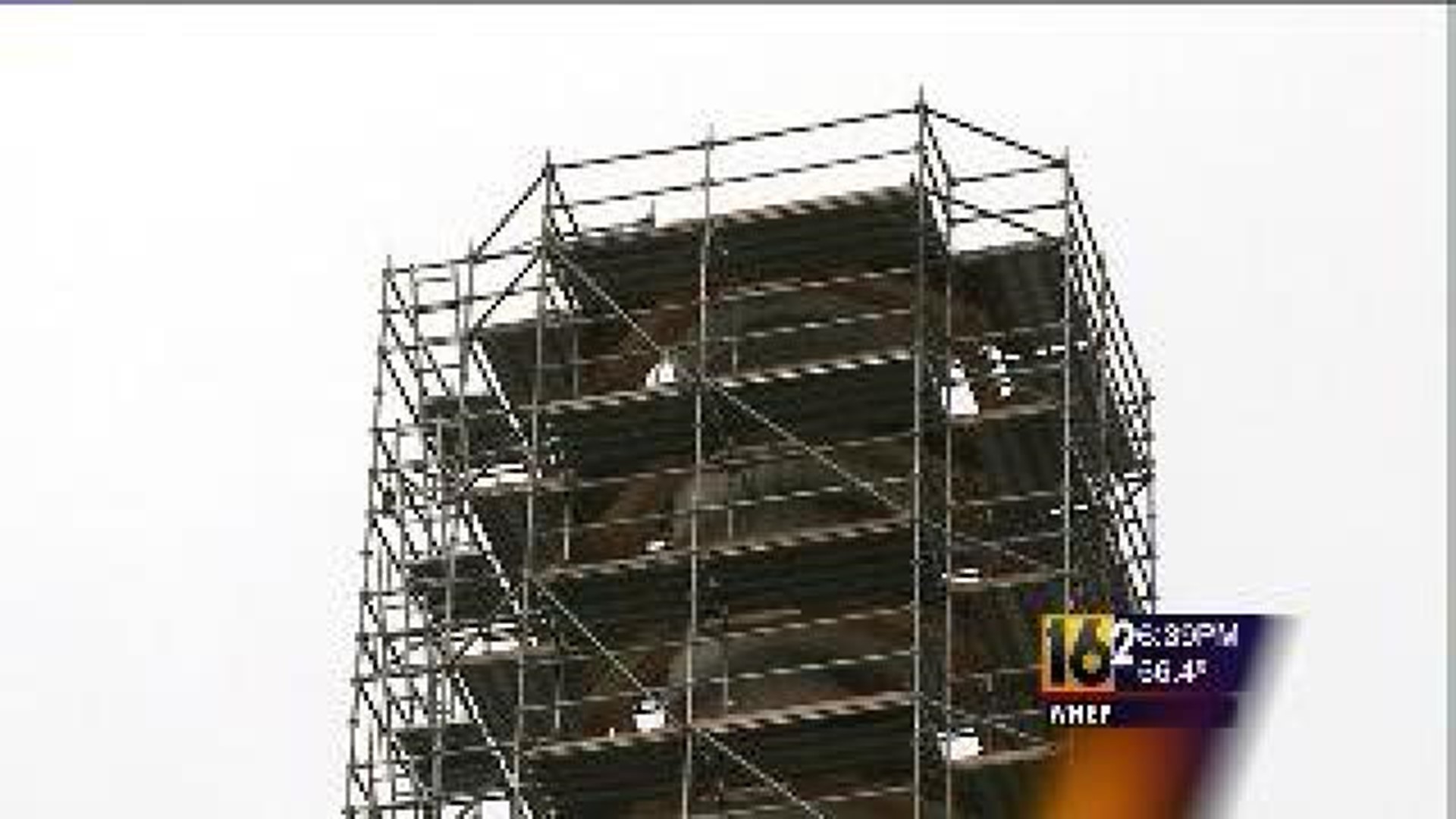 CARBONDALE -- A historic smokestack in part of Lackawanna County is getting a new lease on life.

Folks in Carbondale have been wondering what's been happening with the tower now that crews on working on it.

Newswatch 16 found out that it the tower is being brought into the 21st century.

For generations, the old smokestack from the D & H railroad roundhouse has stood tall in Carbondale.  Even when the railroad industry slowed and finally left town, the tower stayed.

Then, in the past few weeks, people noticed workers putting scaffolding around the smokestack. They worried it might be torn down.

"We heard rumors years ago they were going to take it down, so when the scaffolding went up we thought its fate was sealed," said Nancy Free, Carbondale native.

Nancy Free grew up just around the corner from the site of the former railyard. She sent of crews working on the tower to Newswatch 16.

The city's foremost expert on history was also worried the stack was doomed.

What's going on is an effort to modify the tower so that it can be used for wireless communications.

"It's always good to try and repurpose something from the past, especially this site, it's a very historic site, the old roundhouse was here," said Carbondale mayor, Justin Taylor.

"All this used to be a bustling area in Carbondale back in railroad's hey day. Then in the late 90's the roundhouse here for all those locomotives was torn down, and the smokestack was the only thing left around. Now, the land around it is for sale, who knows what the future may hold ."

At least for now, the tower in its new form will stay a symbol of Carbondale's past, and its future as well.

"One has to adapt to the modern world, you have to integrate the old into the new, here we go."

Crews told Newswatch 16 there's about one month left to work on the smokestack and then Verizon Wireless customers should notice a boost in their data coverage in the Carbondale area.