In a battle of epic proportions, a Pittsburgh-based filmmaker has thrown Sheetz and Wawa into the boxing ring. Set to be released in 2019, the new documentary i... 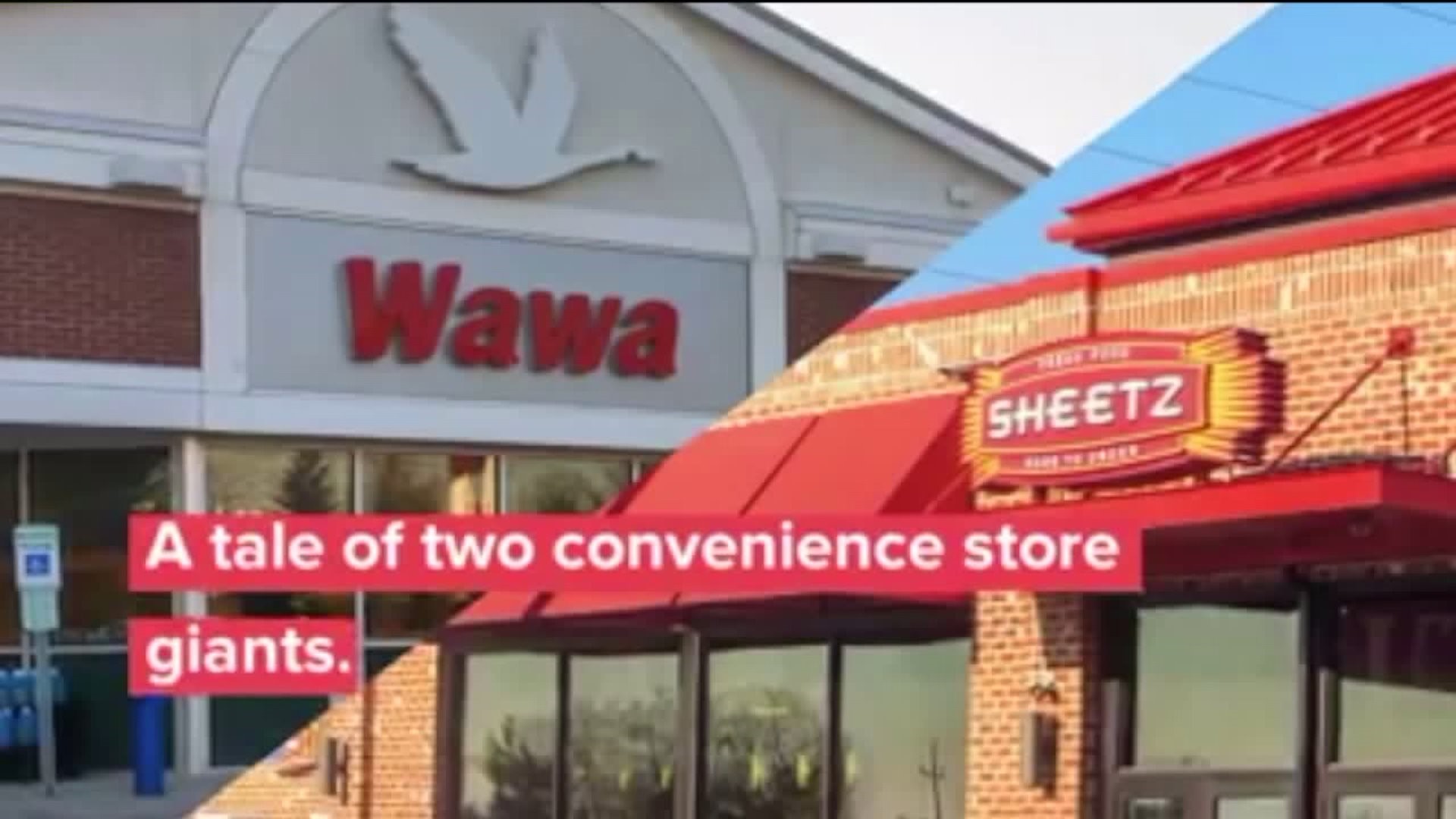 In a battle of epic proportions, a Pittsburgh-based filmmaker has thrown Sheetz and Wawa into the boxing ring.

Set to be released in 2019, the new documentary is aptly titled “Sheetz vs. Wawa: The Movie.”

Both convenience stores were founded in Pennsylvania: Sheetz in western PA, Wawa in eastern PA.

In northeastern Pennsylvania, the two food rivals meet up.

The documentary is asking people to literally put their money where their mouth is, and we decided to find where loyalties lie.

At Sheetz, some people didn't need to think twice.

“Hoagies are great. You can make what you want. Totally knocks out Wawa,” said Mari Donegan from Dunmore.

“The cheese curds, they have the best cheese in the world, and this isn't even Wisconsin,” said Chrissi Roach from Pittsburgh.

But there is a strong divide in this area as many have eaten at both.

“Sheetz definitely has out there stuff, like fried food, like fried macaroni and cheese, stuff like that, Wawa doesn't have that, but I like the Wawa iced tea a lot more,” said Jamie Wickizer from Dallas.

We even found die-hard fans pitted against each other in the same car.

“I think Sheetz, Sheetz is better,” said Rayquan Groves from Scranton. “Because of their fries, chicken tenders, everything is good here.”

“I think Wawa's better though,” said Nasir Cunninghan from Philadelphia. “Because the quesadillas, that's all I get, buffalo chicken quesadillas.”

At the Wawa in Blakeslee, customers were sticking to their guns.

“I love Wawa sandwiches, for sure, always get the BLT. Sometimes I add pepperoni to it. It's actually really, really good. I love the toasted bread,” said Angel Delacruz from Blakeslee.

All agree the Sheetz vs. Wawa argument is not going away anytime soon.

“There are some pretty strong [feelings],” said Rosalee Salansky. “Like I have a friend from Philly. She loves her Wawa.”

“Yes, their flatbread sandwiches, delicious and their smoothies too, yes,” said Nyleah Morris from Blakeslee.

But wait, what about that other well-known convenience store, also based in Pennsylvania: Turkey Hill?

“Turkey Hill is just always available,” said Sheina Little from Wilkes-Barre. “They're everywhere. You're not going to find as many Sheetz as you would Turkey Hill basically.”

Despite being Pittsburgh-based, the filmmaker swears he will not be biased.