It’s been nearly two months since a historic building in Dunmore burned and a logistical nightmare began for the tenants who had businesses there. Monday,... 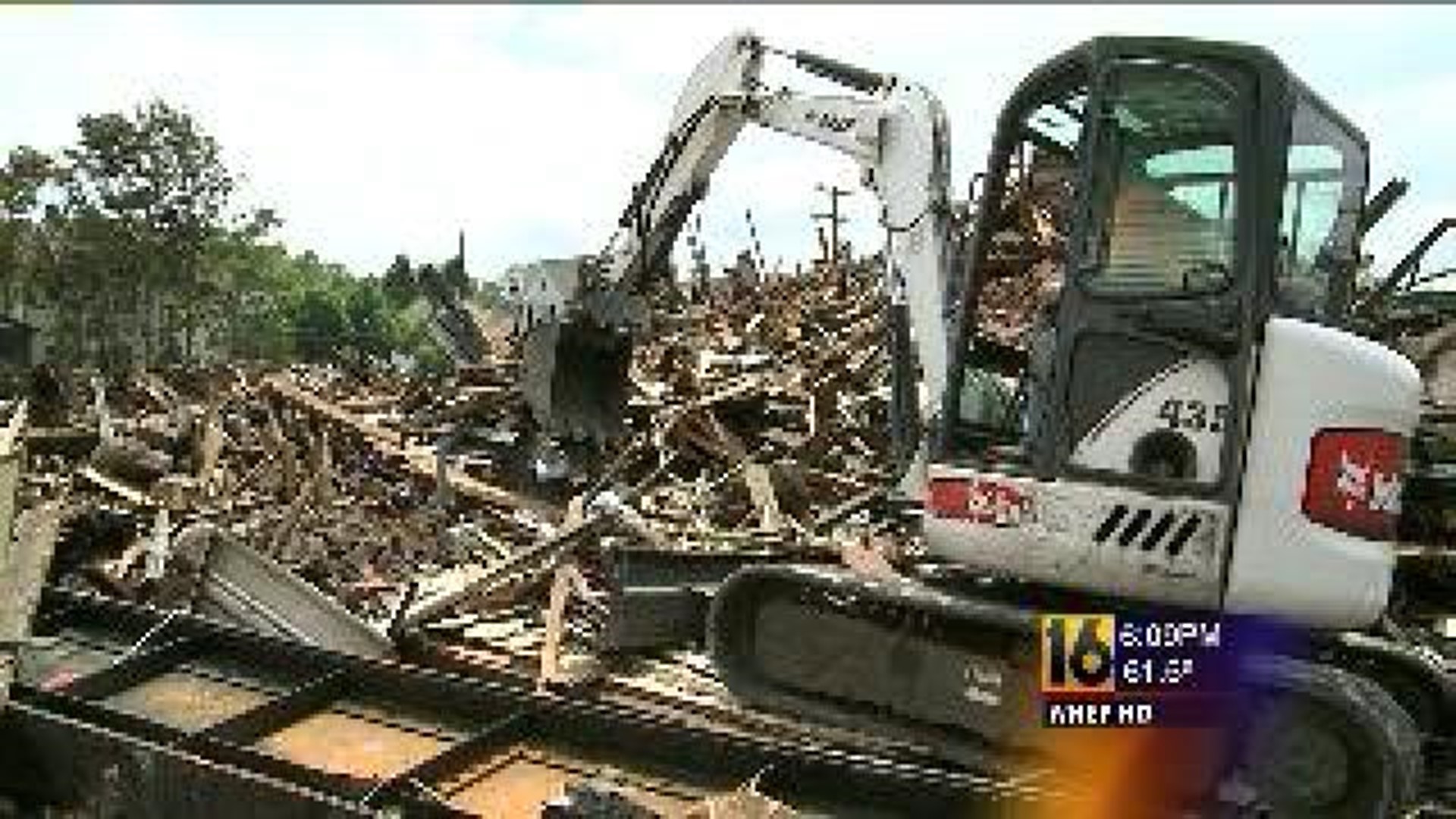 It's been nearly two months since a historic building in Dunmore burned and a logistical nightmare began for the tenants who had businesses there.

Monday, one of those tenants began to get back to normal.

The new main office for Neurologist Dr. Vithal Dhaduk on Main Street in Dickson City. The location is so new that there is only a taped paper sign outside. On Monday, Dr. Dhaduk saw patients there for the first time since his old office and all the records inside burned back in July.

Finished exam rooms and his employees sitting behind a desk were a sight for Dr. Dhaduk's sore eyes. Though it was hectic at times, it was a day of work at his new main office which he's been without for two months.

"Finding a new office was a nightmare. I needed a new office yesterday as you know my main office burned out, I was displaced, I was homeless, Dr. Dhaduk said.

The last time Newswatch 16 met Dr. Vithal Dhaduk it was as his old office was being reduced to rubble. In July, the old Dunmore High School on Apple Street was destroyed by fire displacing four businesses that had offices there.

The building's owner spent hours sifting through the rubble looking for Dr. Dhaduk's computer hard drive that contained most of his patient records. The charred computer was found but the records could not be recovered.

So, Dhaduk's starting over in more ways than one in his new location.

"We'll settle down, I'm optimistic we'll settle down. All my patients are very nice, they're cooperative, they understand the situation. My referring physicians are also very helpful getting the record that we didn't have. We're pulling through, I'm confident we'll get there," he said.

Dr. Dhaduk said the fire's led to some changes in his office, they've now backed up patients records in two places. And they've learned not to sweat the small stuff.