‘Mythbusters Jr.’ Star Gets His Weather Balloon Back

MOOSIC, Pa. — Last month, Newswatch 16 introduced you to the Montrose Area High School students who found a weather balloon in the woods in Susquehanna Co... 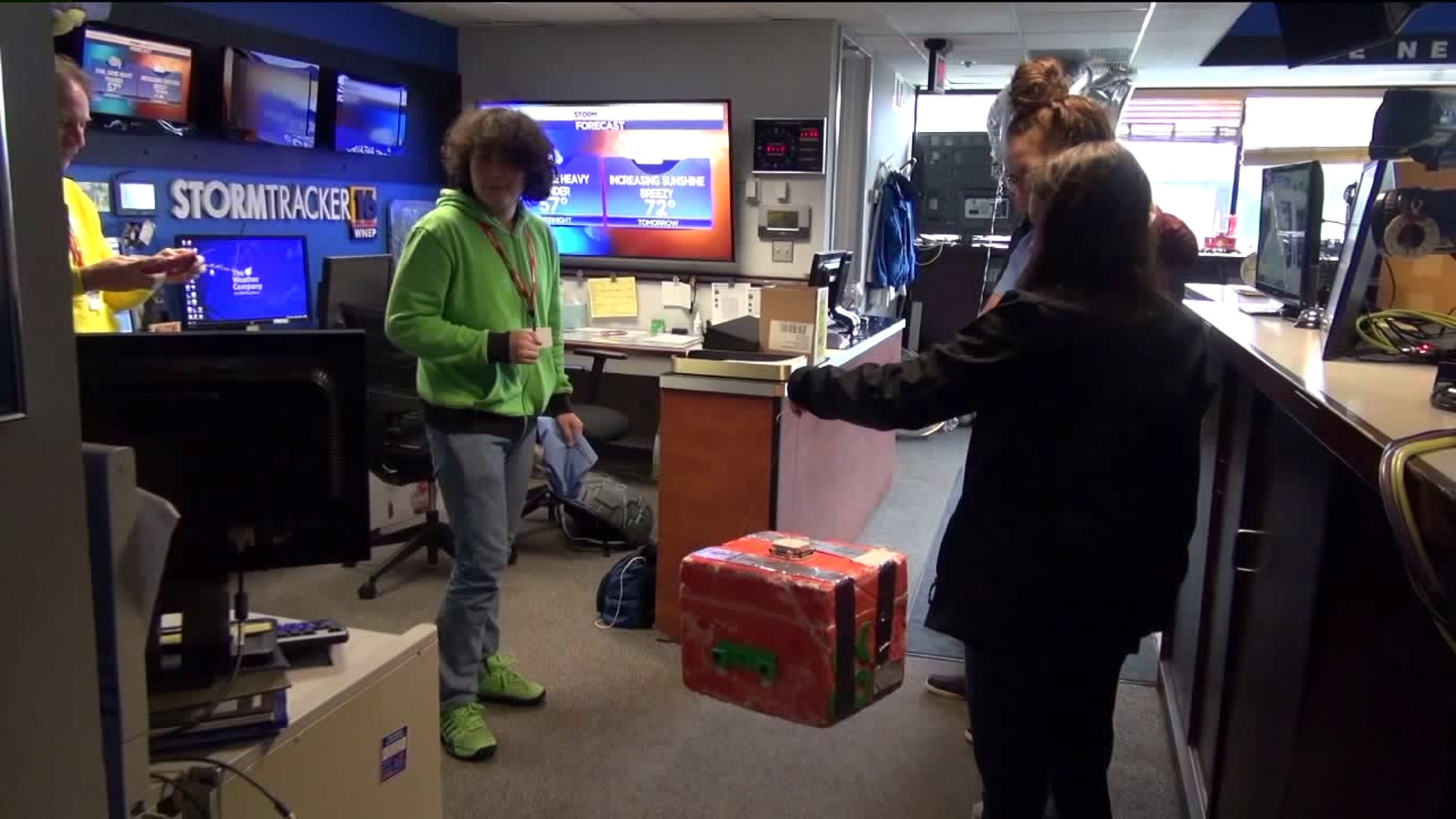 MOOSIC, Pa. -- Last month, Newswatch 16 introduced you to the Montrose Area High School students who found a weather balloon in the woods in Susquehanna County. One of the cast members of the Science Channel TV show, "Mythbusters Jr.," launched it from Ithaca, New York. It was supposed to land in Fleetville, Lackawanna County, but instead, it landed near Brushville, about 30 miles off.

"Have you ever tripped on a staircase and ended up a step above from where you were? That's pretty much what I keep on doing," said Elijah Horland of "Mythbusters Jr."

Montrose Area High School science teacher Anthony McKennas saw that the "Mythbusters Jr." star who launched the weather balloon was looking for help finding it. Elijah tweeted out the coordinates, and Mr. McKennas and his class went on the hunt.

"Something different, a fun activity for them. A lot of them were seniors, so I figured it would be a nice adventure, and the simple fact and going out and actively searching for something like this, I thought would be a unique experience for them," McKennas said.

After sharing their story on WNEP, the Montrose Area High School students and the "Mythbusters Jr." star met at The News Station to reunite the weather balloon with its owner.

Michayla Stahl was the one who first spotted it in the woods on that rainy day.

@MythBusters I found your box! pic.twitter.com/qmMnpkVltN

"We wanted to open it and we wanted to charge it, but we figured we probably shouldn't because, A, it wasn't ours, and B, we didn't know what was inside it," Stahl said.

So after weeks of waiting and wondering what was inside, the students finally got to see.

"It means a lot that he really enjoyed and appreciated us finding it because he was upset about it, understandably."

And Elijah got his box back and got to meet new friends. In his words, like tripping up the staircase, an ultimate fail up.

"They found the box. They actually did. They did the thing."

Hey @JohnOliverMP I’m in the @WNEP weather backyard meeting the students who recovered my high altitude gondola -@AnneMichayla found the box with her teacher @AMcKennas from Montrose Area High School!!

Yes, the train is operational. pic.twitter.com/rf8GwKZjha