Much less snow this time in Bradford County

The county was hit the hardest by the storm a few weeks ago, up to four feet in some spots. 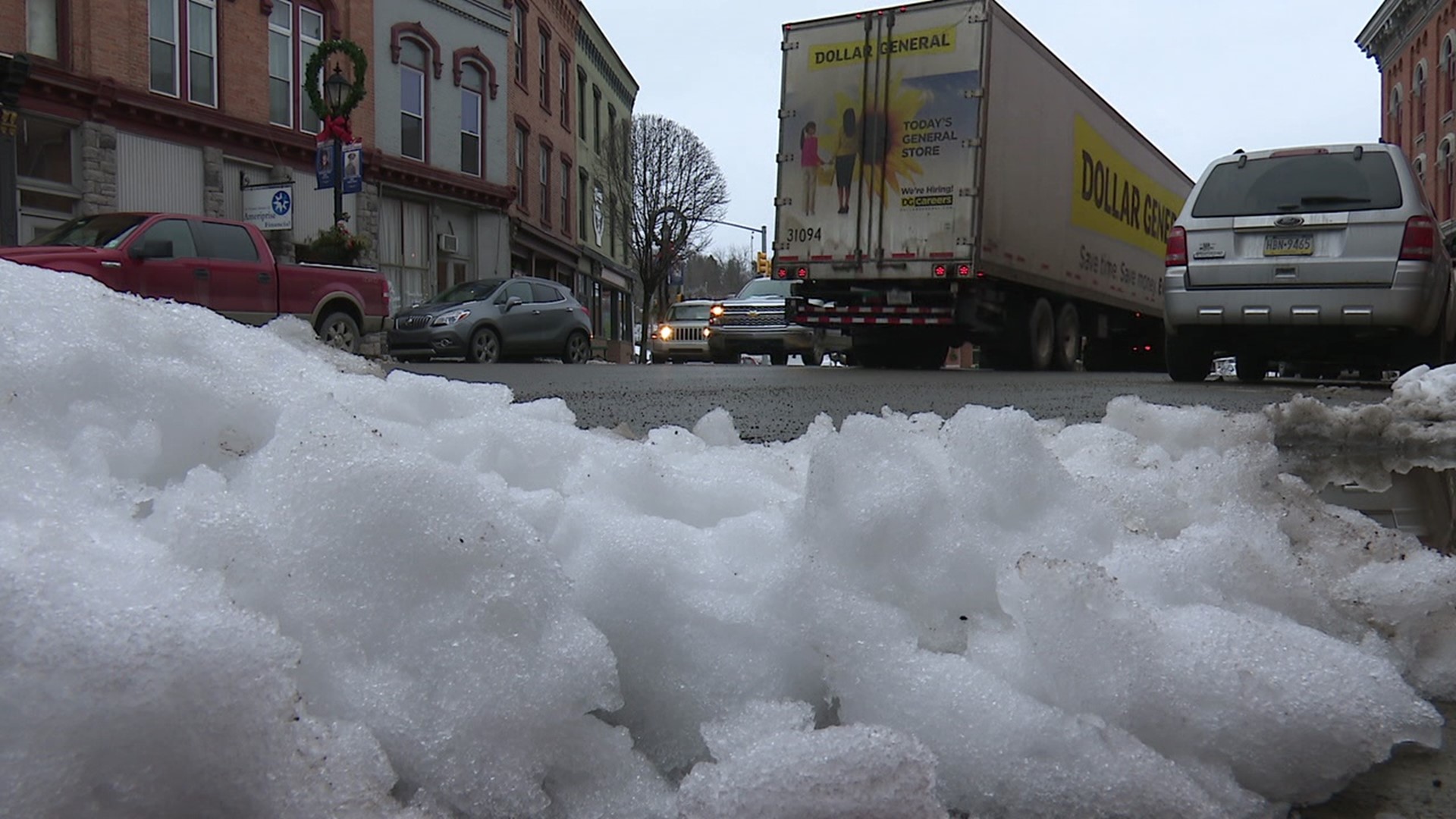 TROY, Pa. — Not long after more than three feet of snow melted away here in downtown Troy, a fresh coat of snow has replaced it.

But it's nothing folks here in Bradford County can't handle.

People in nearby Towanda say the roads were bad on Sunday night.

"Oh, they were treacherous, yeah," said Josh Pierce of Towanda.

"My daughter Abigail drove into Troy. She said she was sliding all over, but she was able to make it, but I guess they were pretty messy," said David Storrs, owner of Collectables, Antiques, & Coins in Troy.

But crews had cleared much of the snow away by the time folks had to drive to work in the morning.

"I woke up kind of late. I work second shift, so a lot of it was melted already by the time I got out of bed," said Josh Pierce.

A little over two weeks ago, the snow outside of the Bradford County Courthouse was piled a yard high.

"Yeah, this wasn't much compared to that! That was pretty bad. There was just a little tunnel-way out here on the sidewalks until the borough removed it all," said David Storrs.

It was still enough to make for a busy morning.

Barb spent the morning shoveling both her driveway and the sidewalk outside the store. Dottie was stuck in her driveway for a while.

But in the northern tier, it's all just par for the course.