LANSFORD — A mother from Carbon County has a warning for other parents after her 7-year-old daughter was allegedly kicked off the bus at the wrong stop. I... 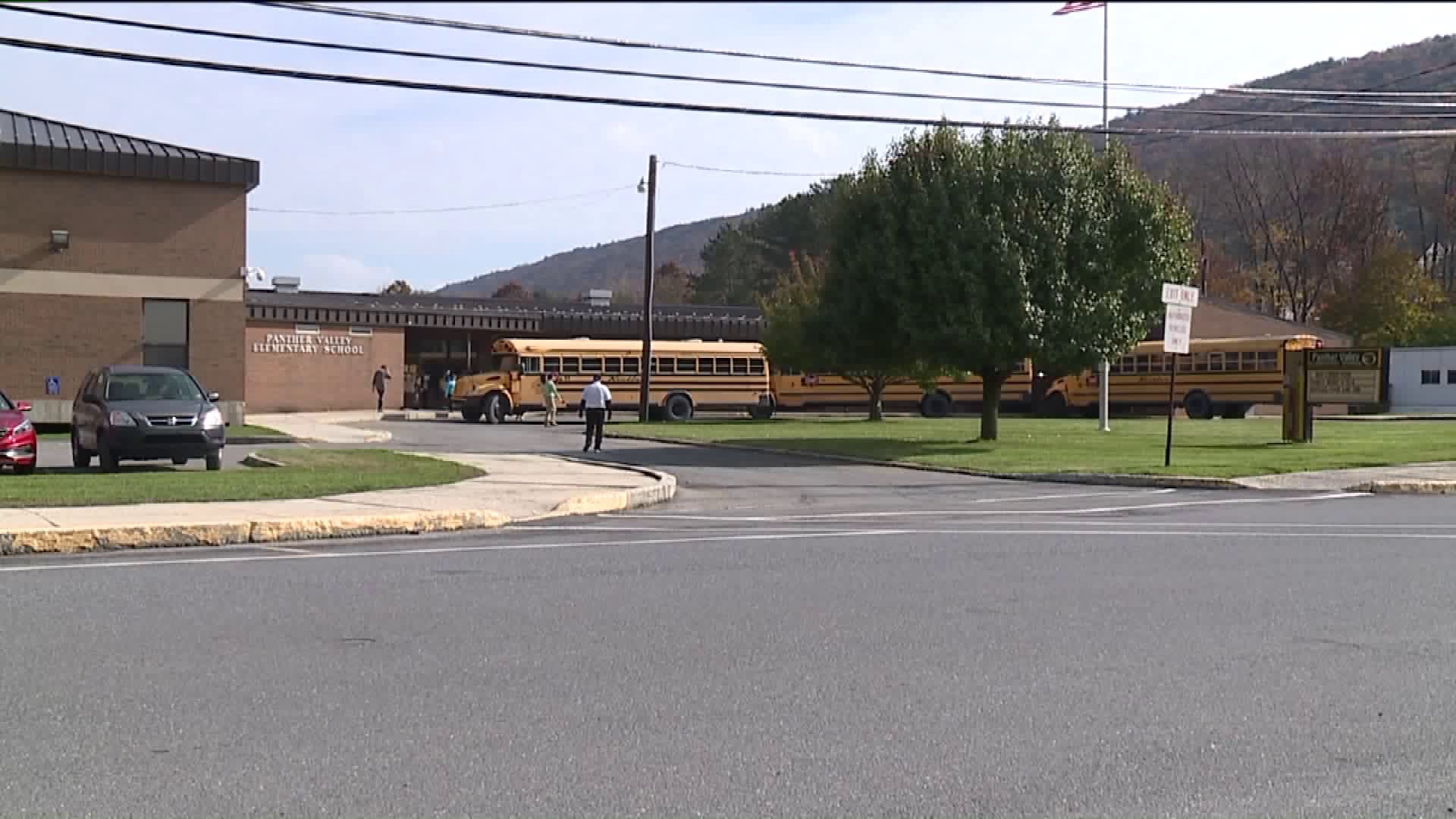 LANSFORD -- A mother from Carbon County has a warning for other parents after her 7-year-old daughter was allegedly kicked off the bus at the wrong stop.

It happened Wednesday near Lansford.

Brandy Phy said she was at a parent-teacher conference for her children at Panther Valley Elementary School when she found out her daughter Phenex had not made it home from school.

"The principal paged us and met us in the hallway of the school to let us know that Phenex was put on her usual bus and was not found," Phy said.

Phy had gotten permission for her three children to take a different bus home from school so they could go to their grandmother`s house while she was at the conference.  Two of her children got on the right bus, while 7-year-old Phenex did not. She was placed on the normal bus she takes home from school. When the bus approached Phenex's regular stop near her home in Lansford, her mother said the school bus attendant made Phenex get off the bus.

Phenex's mother said the bus dropped her off about a block away from her home. Her mother said her daughter was walking alone when she was spotted by a neighbor. Phenex's parent found their daughter in her backyard.

"We found her by herself freezing cold and wet and she had fallen," Phy said. "She scraped her hands and her fingers all up. We asked her what happened she said, 'The aide told me to just get off the bus and find my mom.'"

Newswatch 16 spoke with the superintendent of Panther Valley Schools and the principal of Phenex`s school. They were both shocked by the incident.

"Myself and another school staff member, as well as the parents, immediately drove to the child`s home to look for the child," Phenex's principal said Robert Palazzo. "The time between I got the phone call and we got to the child`s home was approximately 15 to 20 minutes."

The district uses Kistler Transportation for their busing. The superintendent said this incident is unusual for the district and they are taking steps to keep it from happening again.

"This is an incident that needs to be addressed," Panther Valley School District Superintendent said. "We have protocols and procedures in place to deal with such matters. There was a breakdown  in procedure and protocol  was not followed yesterday and it`s alarming it`s distressing.''

"They're just letting the kids off the bus," Phy said. "There needs to be more awareness for the kids that they're going to be taken because there is nobody there to pick them up and the aids aren't watching."

Newswatch 16 called Kistler Transportation. The woman we spoke with told us she did not know anything about the incident and would not comment on any action taken against the school bus attendant. However, Phenex's mother said Kistler told her the attendant had been fired.