SCRANTON — Atop the mountain today was a sight and sound many felt was doubtful after some of the warmest — and wildest — winter weather some ... 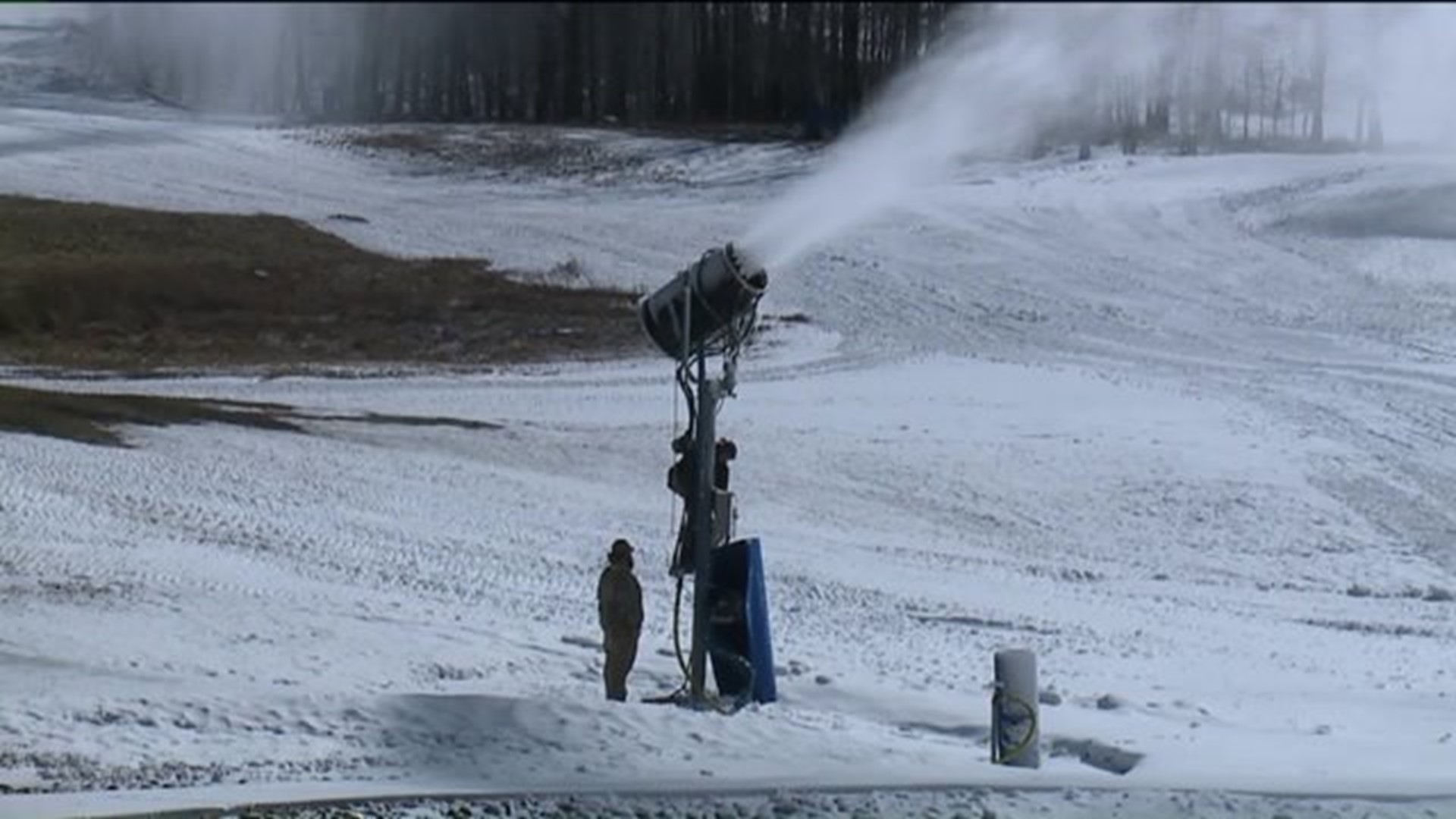 SCRANTON -- Atop the mountain today was a sight and sound many felt was doubtful after some of the warmest -- and wildest -- winter weather some have ever seen: snow making.

After a week of nearly 70 degree days, plus extensive damage from an EF-2 tornado, Montage Mountain was forced to close in order to clean up and regroup from the one, two punch.

"'There's some steps you have to go through to get the companies out doing all the work, and then the actual labor has got to take place, so the timeline just took that long," Slivinski said. "We're back though, we're looking forward to a good weekend. Temperatures are going to cooperate, and we're going to be able to make snow again, as you can see."

Temperatures are forecasted into the single digits for the weekend, allowing Montage's staff to make up for lost time -- and lost snow.

"'I didn't think they were going to open back up after the big storm, the snow was already bare as it is...now they're making snow so it will be great," said Tristan Hunter, an employee at The Ski Corner in Dickson City. The Ski Corner's second location is located right on Montage Mountain.

"'It's good for business, if the mountain's open then we're open," Hunter added. "It means we're making money."