Suicides are on the rise in the Army and Army National Guard across the country and here at home. In the 55th Brigade, which covers most of northeastern and cen... 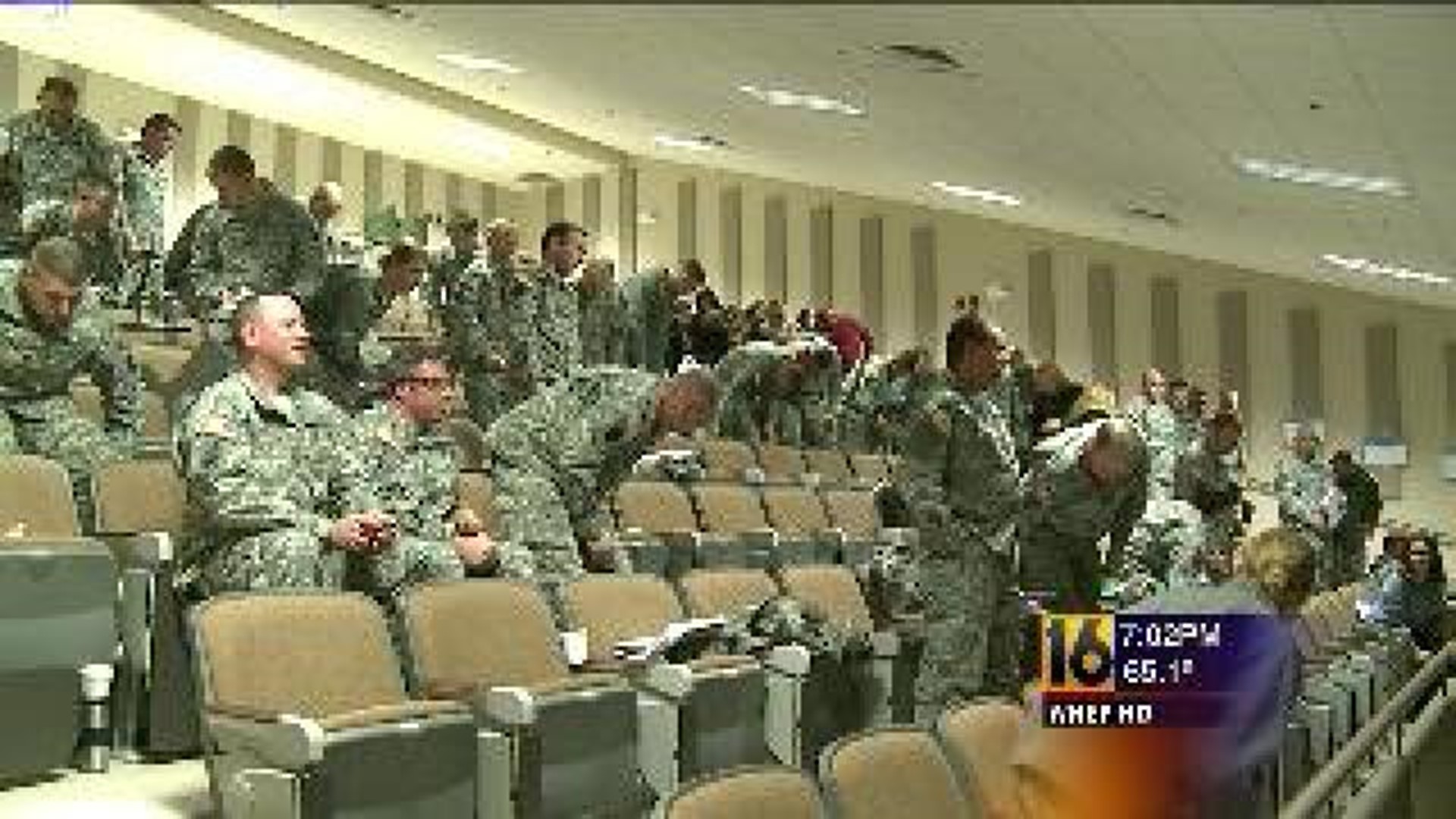 Suicides are on the rise in the Army and Army National Guard across the country and here at home.

In the 55th Brigade, which covers most of northeastern and central Pennsylvania, six soldiers have taken their lives since 2009, the most recent in March.

The National Guard is on a mission to combat soldier suicides.

In 2008, the Carbondale native lost a leg in Afghanistan after a roadside bomb exploded.

In 2010, he lost his twin brother, Staff Sergeant Joseph Granville to suicide.

"Joe and I served, we joined together. We were bunk mates in basic training. We've gone to Bosnia together, we've gone to Iraq together," said SSG (Ret.) Earl Granville, "If he saw the impact it made, I'm sure he would have decided a different way to go."

Military officials said soldier suicides are on the rise across the country.

In 2011, the Army reported 164 suicides among active duty soldiers and another 117 for non-active duty, which includes the National Guard.

"It is so detrimental to the entire formation when somebody kills themselves. It hurts all of us. We lost a team member, we lost a brother, we lost a friend in many cases," said SSG Eric Darling, a Master Resiliency Trainer with the National Guard.

More than 3,500 men and women serve in the 55th Brigade and since 2009, six soldiers have taken their own lives. The most recent suicide was in March.

"After 10 years of war and multiple deployments, there are soldiers who have been through a lot of stress and they've seen some very difficult things in their overseas experiences and some of them are still carrying that baggage with them today," said Colonel George Schwartz, 55th Heavy Brigade Combat Team commander.

For the past year or so, brigade leaders have been on a mission to combat suicides, making it okay for soldiers to say they are not okay.

Every soldier will receive two-part training in what the National Guard calls Resiliency.

"We're taking those skills that make people mentally and emotionally strong, and we're trying to teach those skills to the soldiers so that they don't get to the point of suicide," added SSG Darling.

Soldiers spend about 12 weekends a year with their military family but part of the Resiliency program teaches soldiers and their families how to deal with stress and other problems in their daily lives while at home and on deployment.

Doctor Kami Merrifield teaches a program called Essential Life Skills to help soldiers and their families improve relationships and prepare for issues that may arise.

"Ideally with the open communication, the spouse will notice drastic personality changes, will hopefully be able to talk to their partner about it, and feel more comfortable about asking, `Are you at risk?`" said Dr. Kami Merrifield, assistant professor of Human Development and Family Studies at Penn State University.

During training, there are no uniforms and rank does not matter, all to encourage sharing experiences, their own or those of a fellow soldier.

If a soldier does express a desire to harm himself, either to family or a comrade, the Army uses the A.C.E. method:

Ask the question, 'Are you thinking about suicide?'
Care for the soldier to get him the help he needs.
Escort the soldier to a suicide intervention officer.

"From my experience with my family, my own twin brother, only guy I could ever say I shared the womb with, and seeing this happen and the toll it's taken on me and family, I'd hate to see this happen to anybody else," added Earl Granville. "No matter what is thrown at you, there is help out there and there’s no shame in getting it."

Granville often shares his experiences during Resiliency training. He knows suicides not only affect the soldier's immediate family, but also the military family.

"The ultimate goal is that we don`t lose any more soldiers and that’s really what we want. We want our community to become healthier," said SSG Darling.

"Suicide is a permanent solution to a temporary problem," added Col. Schwartz. "My motto is that I want to give every soldier and every family a fighting chance."

As about 500 local soldiers prepare to deploy to Kuwait in the fall, military leaders hope the Resiliency program has given the soldiers the skills they need to keep them mentally and physically safe while overseas and when they return home.