WILKES-BARRE — Missing: a life-size statue of President Obama. Someone swiped the statue off the porch of a home in Wilkes-Barre, and it upset the owner s... 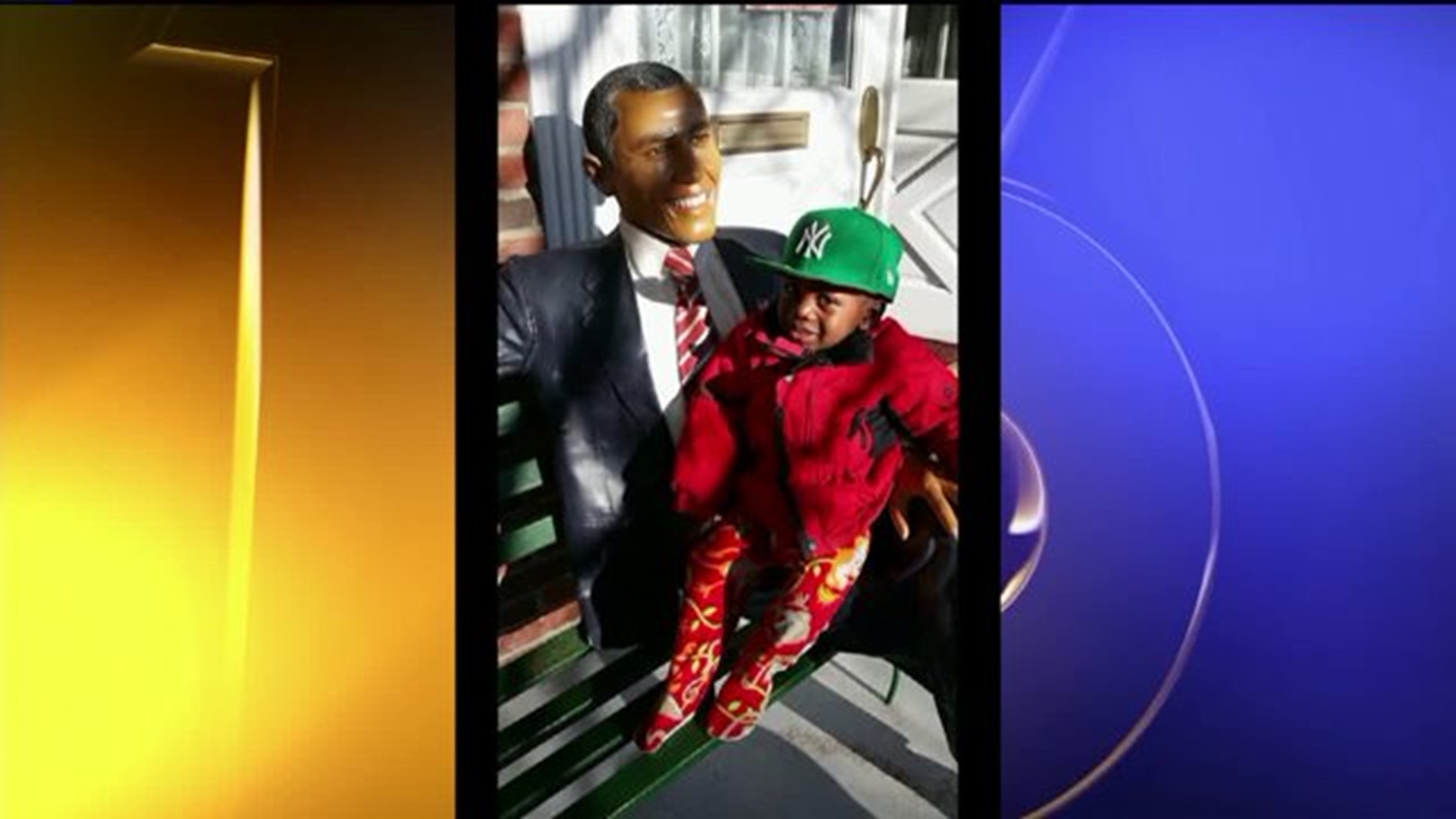 WILKES-BARRE -- Missing: a life-size statue of President Obama. Someone swiped the statue off the porch of a home in Wilkes-Barre, and it upset the owner so much, she ended up in a hospital.

It took Tiffany Bruce months to save up for a decorative piece to spruce up her new home in Wilkes-Barre.

That statue is a life-size statue of President Obama.

"I just wanted to wait until I got it on sale, so I started buying my furniture before I purchased the statue, but I had to have it," said Bruce.

Bruce moved into her home on Rita Street in the city a little more than a year ago. Since then, the statue had become a staple in the neighborhood and her family, dressing him up for Halloween and as Santa during Christmas.

But this week, she realized it was missing from its normal spot on her bench.

"I peeked my head out the door and Obama's gone and I kind of went into a panic. I couldn't breathe, and I had to go to the hospital," said Bruce.

Whether they liked it or not, neighbors we spoke with said they all knew about the Obama statue, and they're surprised that somebody would take it right off the porch.

"If it's not on your property, you should not take it at all because it's not yours," said neighbor Molly Williams.

"Vandalism of any kind, theft of any kind is extremely disappointing."

Some neighbors wondered if this was a simple theft or if the person who did this was trying to make a political statement.

Bruce wonders if she should have chained it to the bench. She's not sure she'll replace the Obama statue.

"I was going to get a Hillary too, but I don't want to do it now," said Bruce.

Anyone with information on the whereabouts of the statue is asked to call Wilkes-Barre Police.