POTTSVILLE — A ceremony was held Sunday dedicating a lasting memorial to fire victims taken too soon. The playground in Pottsville will be a place for lov... 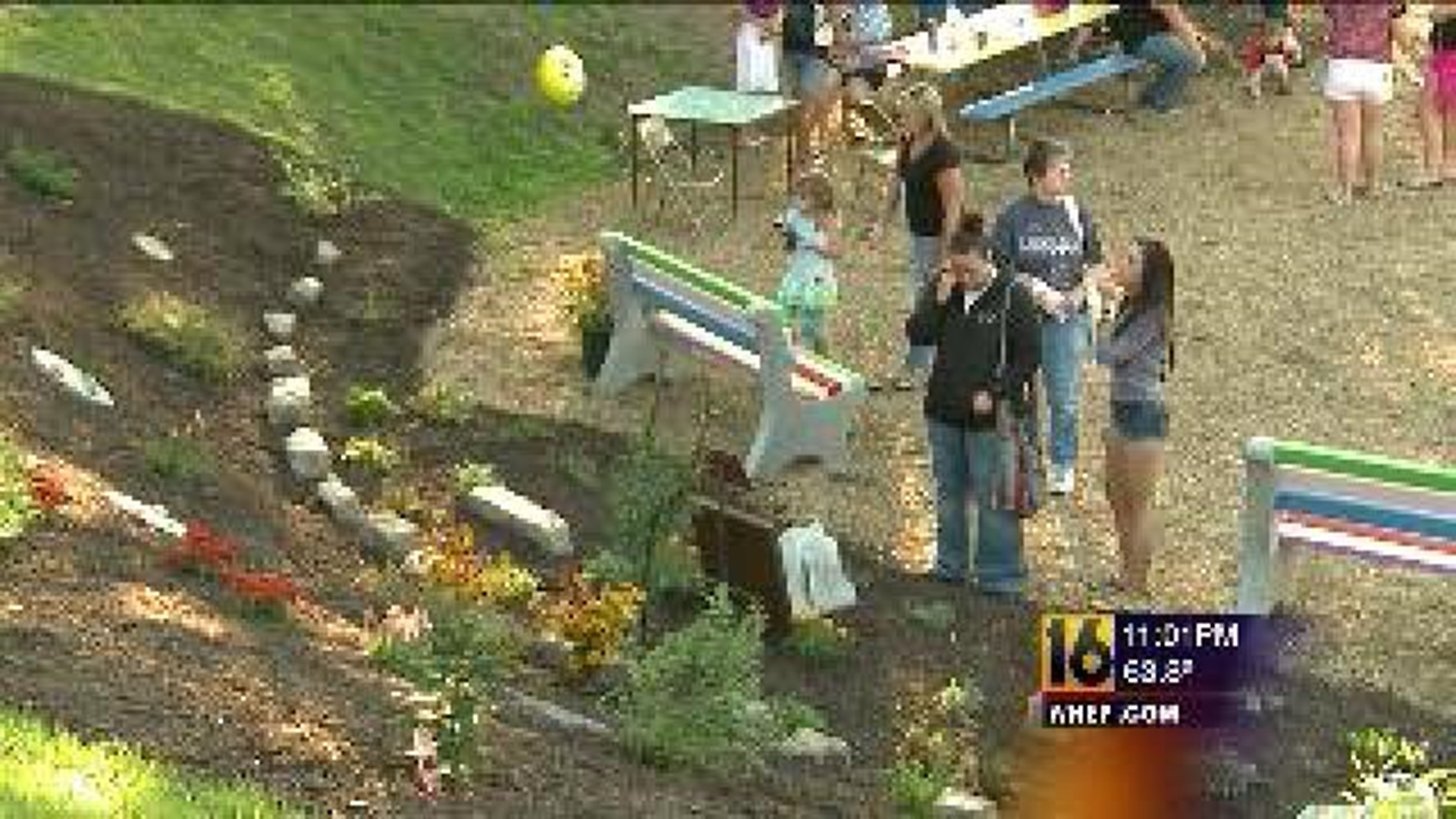 POTTSVILLE -- A ceremony was held Sunday dedicating a lasting memorial to fire victims taken too soon.

The playground in Pottsville will be a place for loved ones to remember four children killed in a fire in May. Two adults also died in the horrific fire.

The dedication of stone memorials is a way for the Pottsville community to heal and remember those victims, along with two other children killed in a fire two decades ago.

In May, four young children died in a fire down the street from the park. Two adults were also killed.

After so much grief, this community wanted to make sure those children lived on in some way.

"Here the tragic fire, our hearts just ached for the family and the community that knew the children," said organizer Michelle Yarnell.

It took donations large and small and the help of volunteers to make the garden a reality, including stones embedded with toys that belonged to the brown children and everything around them.

All four Brown children are remembered there: Joy, Jeremiah, Emily and Elijah.

After an emotional ceremony, balloons were released into the air

Not only were the child fire victims from May memorialized but so were two boys lost to another deadly fire two decades ago.

"They'll always be forever in my hearts, for the joy they brought me and the laughter," said Edward Santai, who lost his sons to fire 20 years ago.

A total of six children, all gone too soon, but their memories will live on in a happy place, a place children will play for years to come.

"It's just simply beautiful. The amount of people who came out, it's unbelievable. It's truly a blessing," Yarnell said.