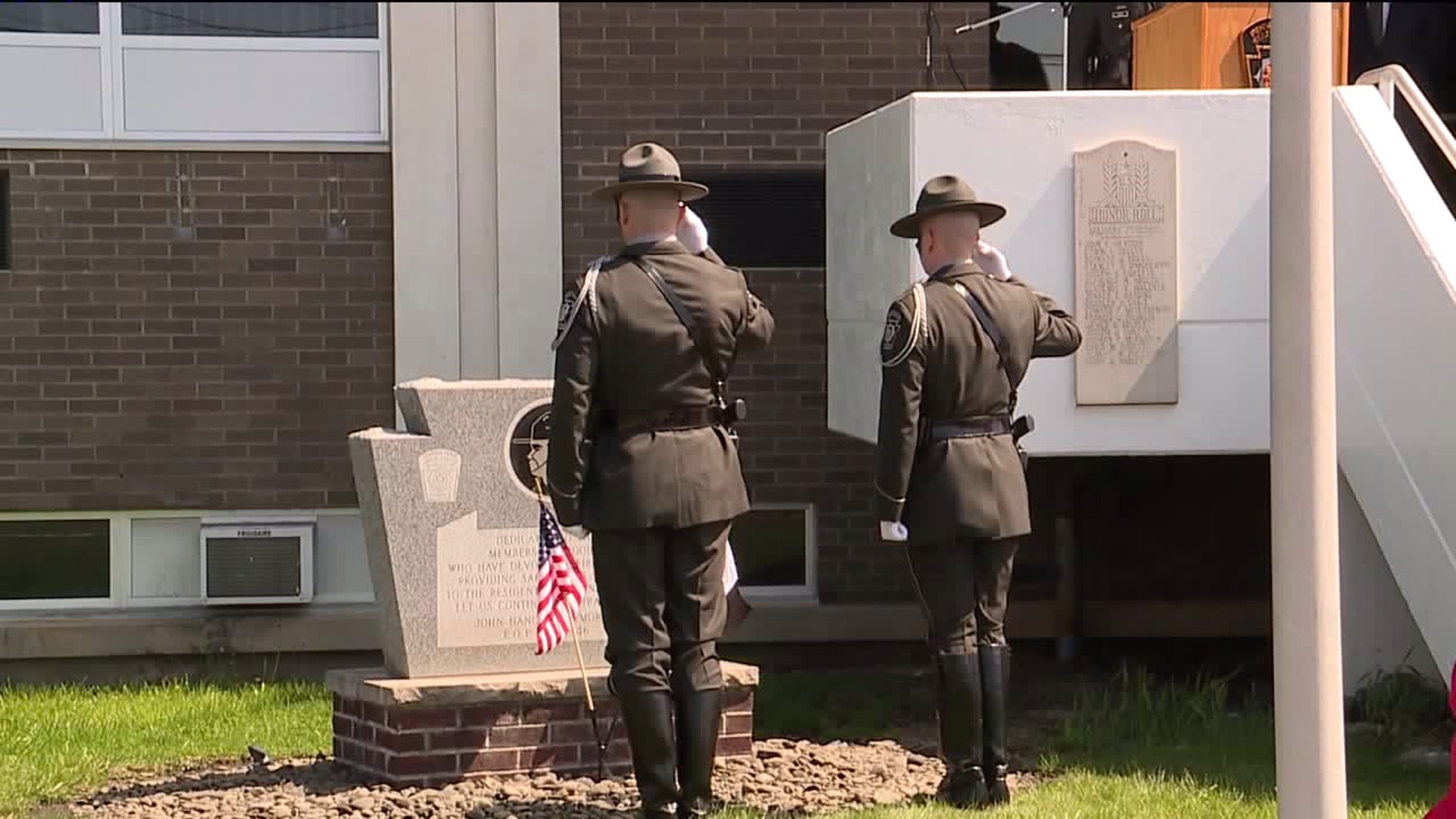 DUNMORE --  Among the active members of Pennsylvania State Police Troop R in Dunmore stood retired troopers, proudly citing the call of honor in unison. They honored their fellow troopers who could not be at the annual Memorial Day Ceremony Tuesday.

"My uncle was killed in the line of duty in 1977 and although I was a little girl, my family has made it a tradition to honor him and all of the other troopers that have passed," said Jennifer Mercereau of Greentown.

Memorial Day ceremonies at State Police Headquarters across the state are held every year around this time, honoring all troopers who have died since PSP was founded in 1905.

"Anybody that puts on a state police uniform, they earned it. They deserve it. It's a title that you don't give away," said retired Pennsylvania State Police Trooper Richard Kane.

May 2 marks the 113th anniversary of Pennsylvania State Police being founded. Every year at the ceremony in Dunmore, Troop R members who have died are honored.

"It's a chance to honor our friends and comrades that passed on during the previous year and it's getting to be too many of them now," Kane explained.

Names are added every year. It is now more than 100 members of Troop R in Dunmore who have died, six of those in the line of duty. Fallen Trooper Cpl. Bryon Dickson's wife Tiffany placed a wreath on the Trooper Memorial. He was killed in 2014, the last Troop R Trooper killed.

Many other family members and loved ones of troopers lost paid their respects.

"It's always very emotional. To be honest, what it brings for me is what I have missed with my uncle over the years. I was only 5 when he was killed, so to see everyone here alive and well is both a blessing and a little bit of heartache," Mercereau said.

Similar State Police Memorial Day ceremonies will be held at barracks throughout our area soon.