Man Locked Up in Bradford County Accused of Threats Against Pres. Trump 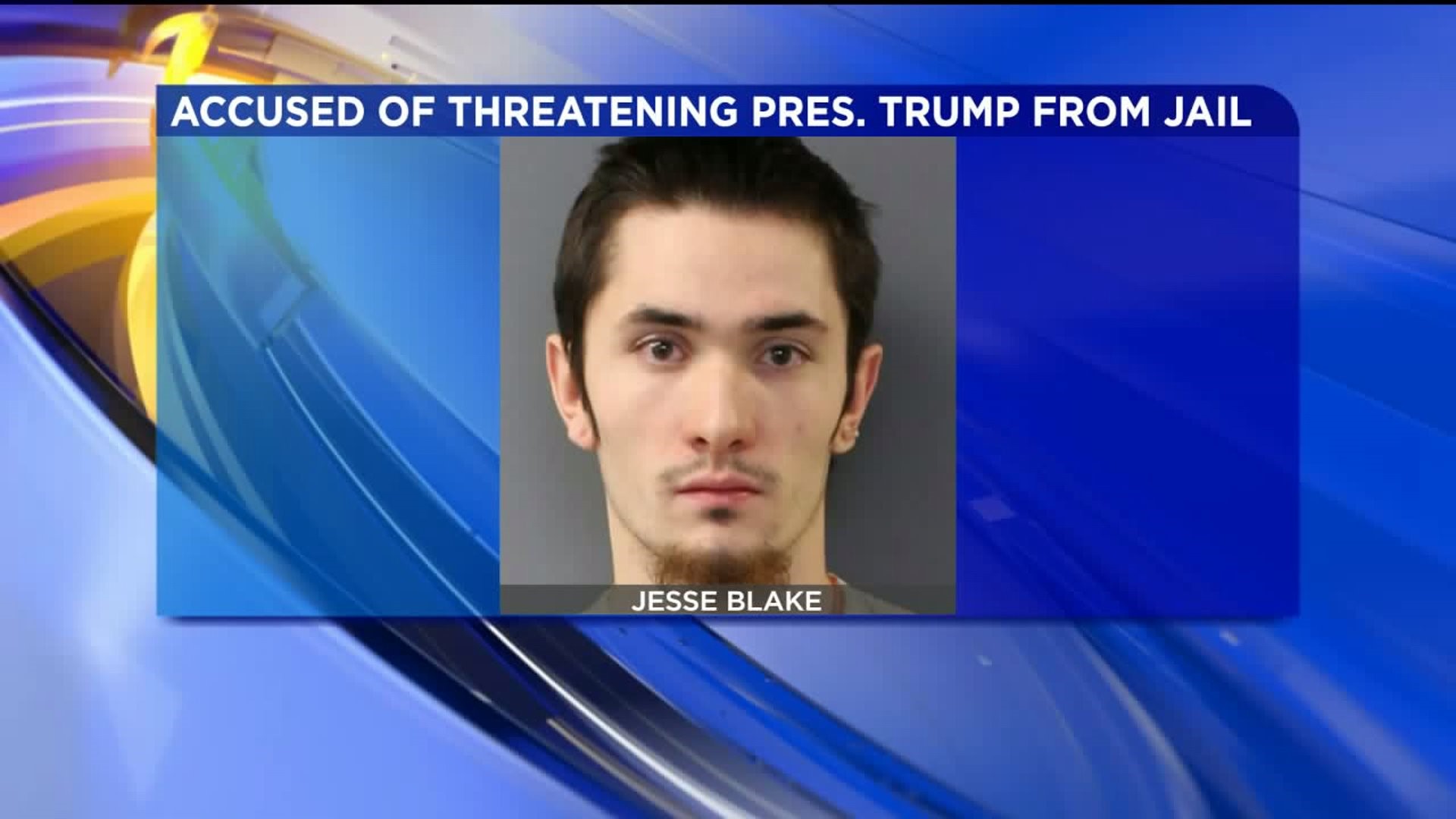 TOWANDA, Pa. -- A man locked up in Bradford County is accused of threatening President Donald Trump.

The U.S. attorney says Jesse Blake, 24, of Waverly, New York, mailed a letter to the FBI in March threatening to kill the president and blow up the White House, the Pentagon, the United Nations, and Trump Tower.

Blake was in custody at the Bradford County Prison on sexual assault charges when he sent the letter.