HAZLETON — One man is in custody after an early morning stabbing in Luzerne County. State police said the fight happened as dozens of people were lined up... 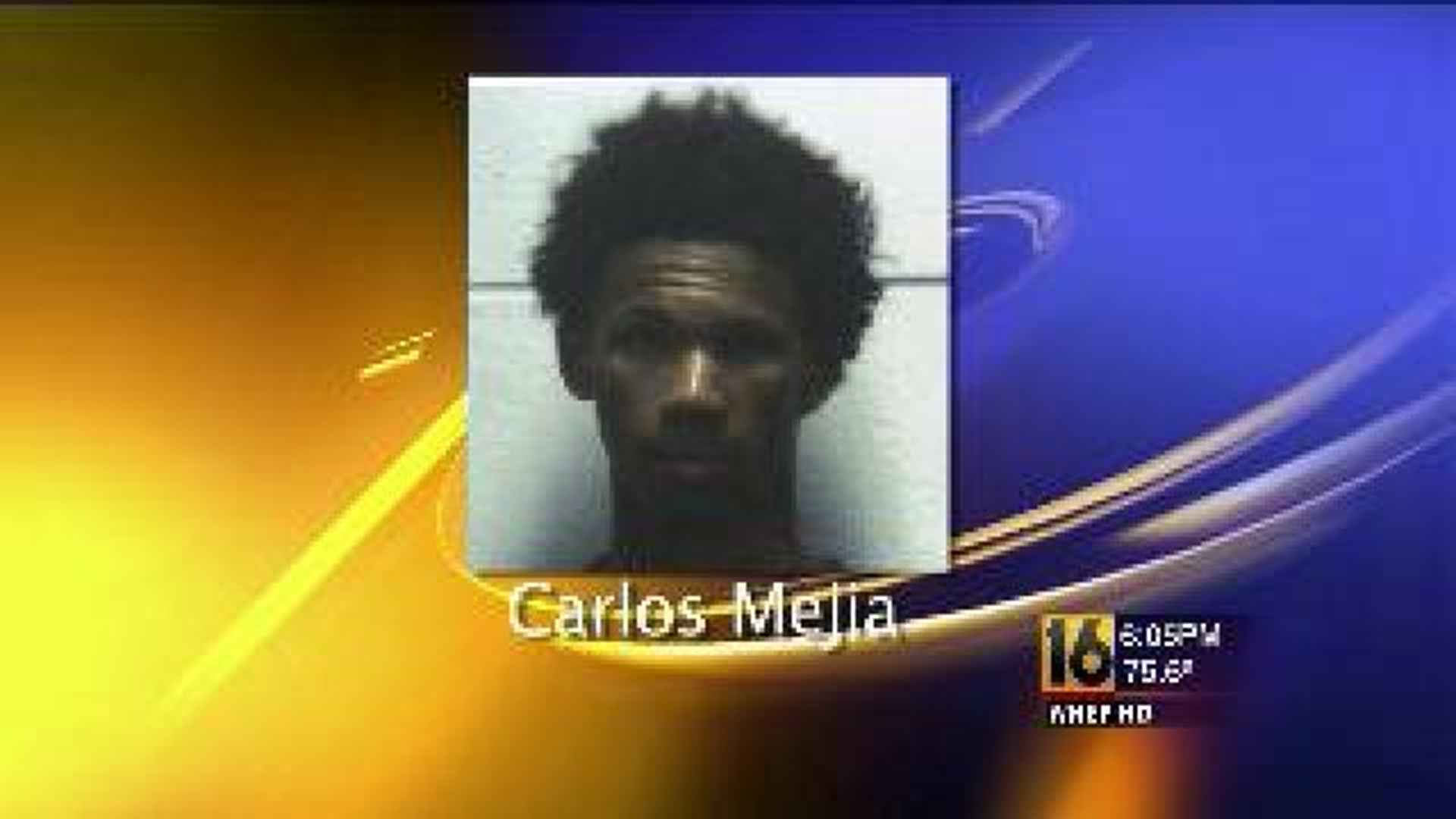 HAZLETON -- One man is in custody after an early morning stabbing in Luzerne County.

State police said the fight happened as dozens of people were lined up outside the Laurel Mall near Hazleton, waiting for the release of a popular sneaker.

Investigators charged Carlos Mejia, 19, of Hazleton with aggravated assault with a deadly weapon after state police said he stabbed two men and hurt a teenager.

The incident happened around 1 a.m. as dozens of people were waiting for the release of the Air Jordan 7 "Olympic" sneaker.

Hours after the incident, people were still lined up.

Peter Henriquez waited overnight with friends to make sure he got seven pairs of sneakers. He said he paid $69.99 for kids sizes and $160 for adult.

Henriquez said at first, everyone in line was getting along.

"Everybody was good until there was just words being exchanged and then one thing led to another," said Peter Henriquez of Hazleton. "We didn`t even notice until, you know, you just saw a little kid swinging. So it was hectic."

Investigators said when officers arrived at the mall, they found a 17-year-old boy lying on the sidewalk, bleeding from his nose and being treated for a head injury.

The teen was taken to Hazleton General Hospital where troopers learned Christopher Vega, 19, of Hazleton was being treated for stab wounds to his ribs and arm.

Vega was taken to Geisinger Wyoming Valley near Wilkes-Barre for surgery.

A short time later, Geisinger security told troopers that another victim, Joel Fernandez, 21, of Hazleton arrived at the hospital with a stab wound to his abdomen.

Mejia was arrested after troopers at the mall noticed he had blood on his hands. A knife was found in a nearby garbage can.

Some people at the mall overnight said there were about 100 people lined up waiting for the Jordan 7 sneakers to go on sale, but that there was no security until the mall opened early around 8 a.m., so they were not surprised a fight broke out.

"Maybe the sneakers should be produced more instead of having this problem, cause it`s not the first time. It happens all over the United States. They say here`s 10 pairs and you have 200 people outside. So it becomes crazy," added Henriquez.

"Probably the mall or the store at least probably should have had somebody here doing crowd control if they knew that they were that popular and that there was going to be a line for them," said Shelly Zito of Drums.

It is unclear what exactly started the argument.

Officials with the Laurel Mall were not available to comment on the incident.

There is no word on the teen's condition. Fernandez and Vega are in fair condition at Geisinger Wyoming Valley.

Carlos Mejia is locked up in the Luzerne County jail on $100,000 bail.