LUZERNE COUNTY, Pa. — A young man from Luzerne County will be competing in the Special Olympics World Games in Abu Dhabi in March. Aaron Keller, 20, of Wa... 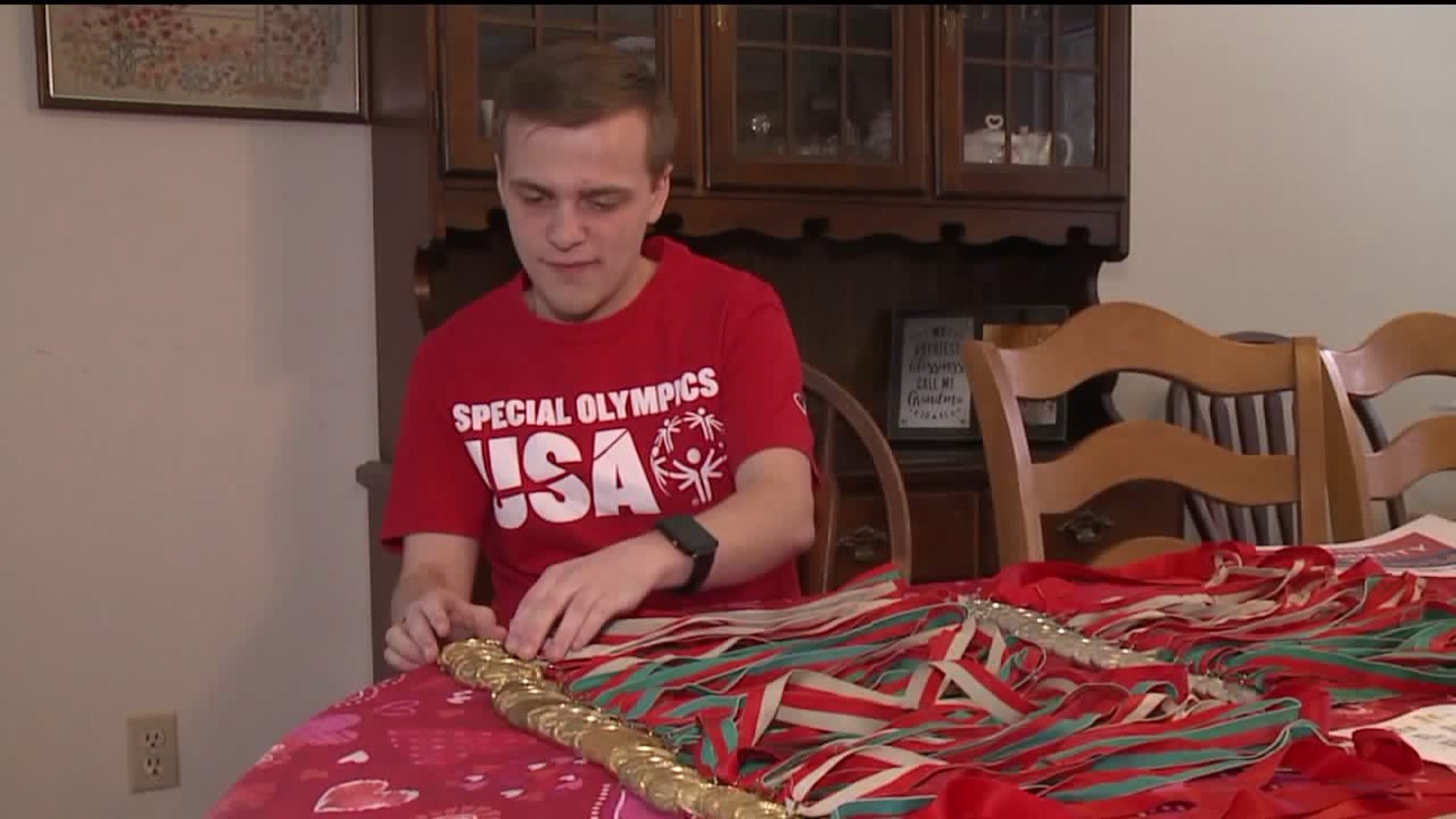 LUZERNE COUNTY, Pa. -- A young man from Luzerne County will be competing in the Special Olympics World Games in Abu Dhabi in March.

"I have not liked running before," Aaron said.

He was born with an intellectual disability and because of this, sports didn't seem like they would ever be possible for him.

"He had a difficult time walking," Aaron's mother, Donna Keller said. "He fell a lot. He would walk and fall and walk and fall. Typical sports would have just injured him."

But, when he was eight years old, he joined the Luzerne County Special Olympics.

"It started in eighth grade when a teacher encouraged me to join the track team," Aaron said.

From there, he really got going. He's racked up more than 60 Special Olympics medals over the years.

"All of them are from different sports: basketball, swimming, running, bowling," Aaron said.

Now he's been chosen to compete at the Special Olympics World Games in Abu Dhabi next month.  He will be competing in the games for about two weeks. His mother couldn't be prouder of him.

"I think, for the journey that Aaron has taken, and how hard he has fought to just compete on a level that's just beyond everything that we dreamed of that its exciting and thrilling," Donna Keller said. "He'll be able to meet people from all over the world."

Aaron will be among 13 athletes to represent the state. He is the only runner in the group.

He'll be competing with thousands of Special Olympians from around the world.

Aaron and his teammates will leave for the Special Olympics World Games on March 6, which also happens to be his 21st birthday.