Three utility workers are being hailed as heroes after saving a woman from a fire last month in Bradford County. 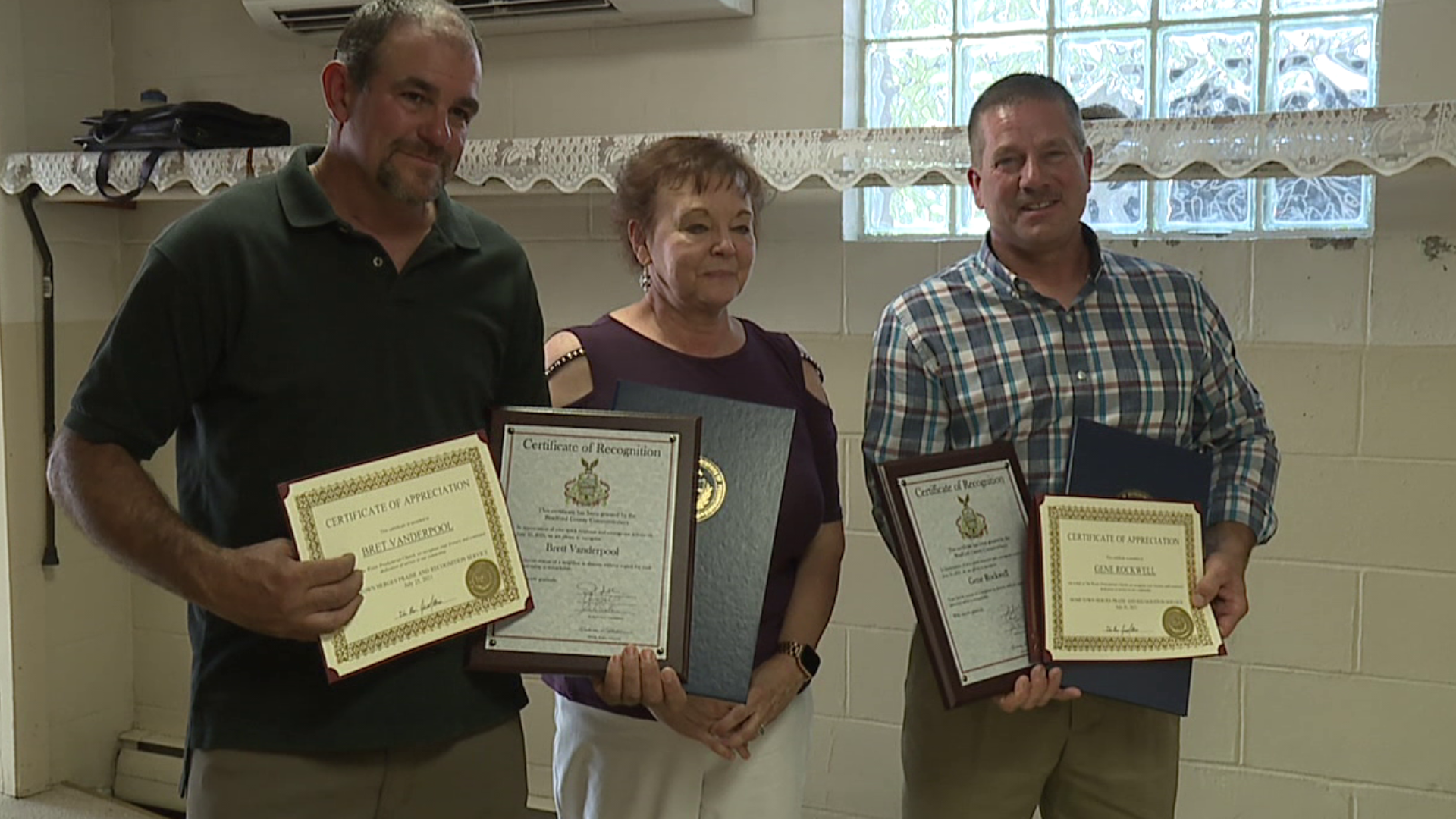 ASYLUM, Pa. — They say it was their instinct that made these two men and a third, all Penelec FirstEnergy employees, run towards this burning home near Towanda to save a woman's life.

"We just all took off in that direction. You know we're just running towards danger and trying to do the best you can and save whoever it was," said Gene Rockwell with Penelec.

Bret Vanderpool, Gene Rockwell, and Travis White were on a nearby service call last month when they noticed the smoke coming from the home.

Little did they know, they were saving someone they knew.

Loretta Stevens and her husband Jim lived in the home with their dogs.

"I went up and told her to step back because I was going to smash the window out, and she stepped back, and then I just reached for her and kept hollering put your hand in my hand, and we finally connected," said Bret Vanderpool with Penelec.

It's been a month to the day since the Stevens family lost their home and pets.

Loretta says there's not a day that goes by where she doesn't remember the words Bret said to her.

"Give me your hand. I mean, that's just, I mean I don't know. I have faith, always have. Little bit stronger at times, but what words eve god saying to me give me your hand and I'll take care of you," said Loretta Stevens of Asylum.

All 3 men and the Wysox Fire department were recognized for their brave actions and heroism during a church service at Wysox Presbyterian Church. But in the men's eyes, they didn't do anything brave.

"We did just what most people would do," Rockwell said. "Right spot at the right time, and God willing, we were there to help the family."

Loretta says if anything good came out of the fire, it was the kindness and generosity of those in the community.

"I mean, if you wanna know if there's still goodness in this world, I mean, just through this destruction, how people have reached out - I'm talking family and friends and strangers that have given to us and care about us," Stevens said.

The Stevens family plans on rebuilding a new home on their property with a front porch and a back deck.