HARRISBURG — A report on the Jerry Sandusky investigation released by Attorney General Kathleen Kane says the investigation took too long and cited a lack... 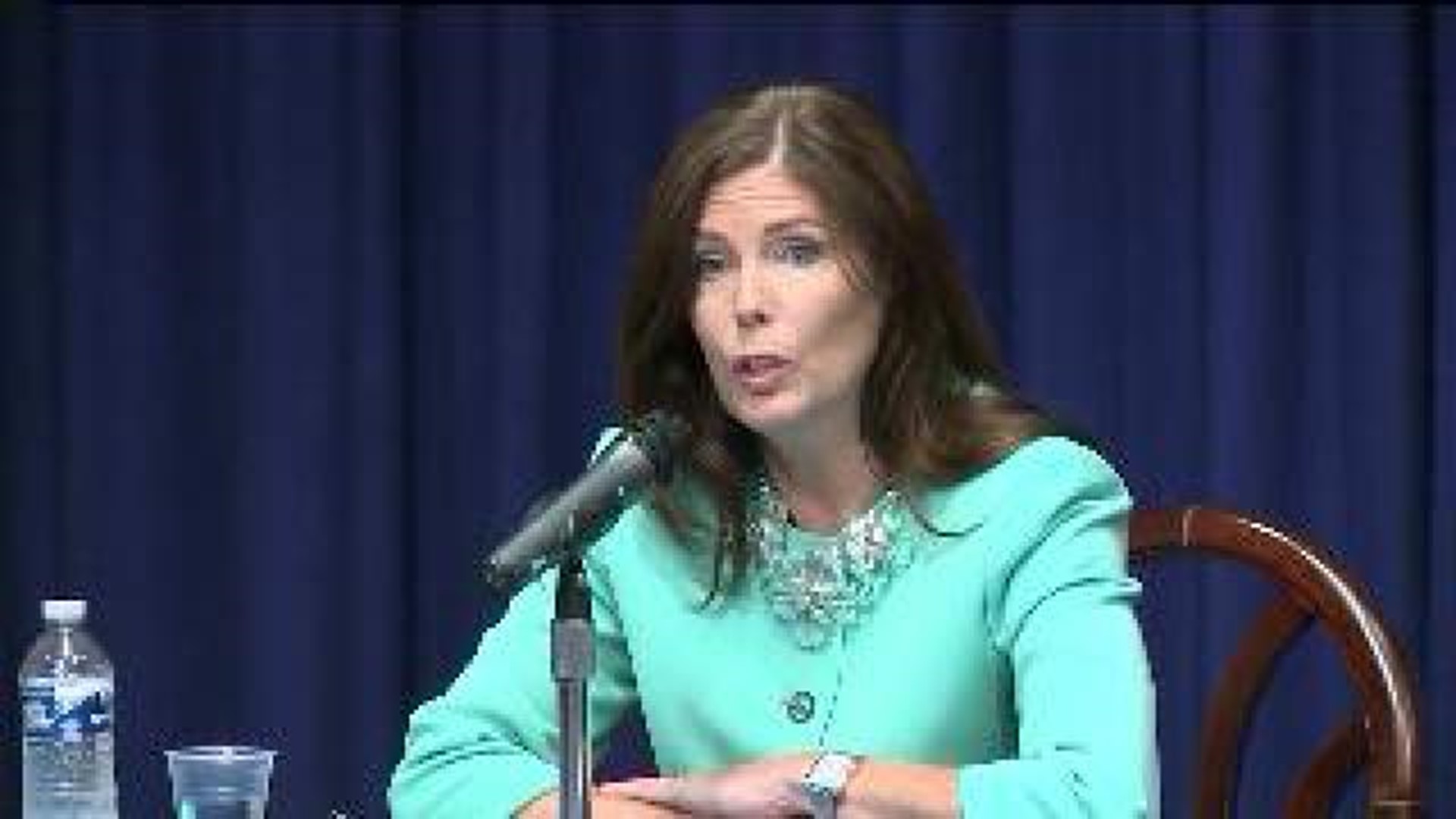 HARRISBURG -- A report on the Jerry Sandusky investigation released by Attorney General Kathleen Kane says the investigation took too long and cited a lack of urgency.

The report was released at a news conference Monday in Harrisburg.

"The facts show an inexcusable lack of urgency in charging and stopping a serial sexual predator," Kane said in a release.

The state attorney general says the investigation into Jerry Sandusky had inexcusable and unfathomable delays, but a probe into former Attorney General Tom Corbett's handling of the case found no political motivation for those delays.

Pennsylvania Attorney General Kathleen Kane promised when she ran for office that she would look into the handling of the Jerry Sandusky investigation. On Monday, Kane and an investigator assigned to the task released those results.

While the report is critical, it does not blame Governor Corbett with playing politics at the time.

Although the attorney general does not blame Governor Corbett with playing politics it does say the investigation took too long, and that there were crucial missteps and delays in bringing Jerry Sandusky to justice.

This report took about a year and a half to put together and its findings were released Monday morning.

The Jerry Sandusky investigation began in 2008 when a teenage boy told school officials in Clinton County that Sandusky had molested him.

Sandusky was not charged until November of 2011.

Moulton wrote the report which consists of deleted emails and witness interviews. He says it took a full year for the former AG's office to recommend charging Sandusky because basic investigative steps were not taken, including searching Sandusky's home. He also says the investigation was at a standstill for five months in 2010.

"For the next two plus months after that, no one new was interviewed and the investigation did not succeed in identifying any new victims."

State lawmakers and officials responded to the report and as expected, Republicans and Democrats had differences of opinion.

"We take away from this what's necessary to correct those actions to make sure that prosecutors that are conducting these investigations for the public safety do so with a greater sense of urgency," said Sen. John Blake/(D) Lackawanna County.

During her campaign for attorney general, Kane said Corbett deliberately slowed down the investigation for political purposes. But the report shows no evidence that politics played a role in the case.

"I said from the beginning that we need to ask the questions and I don't think that anybody should ever apologize for asking questions," Kane said.

The attorney general says she agrees the case against Jerry Sandusky was rock solid when it was prosecuted in 2012 and maybe would not have been as solid if it had gone to trial sooner. Kane also said that other victims may have suffered because the investigation took so long.

The news release from the attorney general's office is posted here.

Read the full report below:

Report says there is NO direct evidence electoral politics by Gov. Tom Corbett influenced any important decision in the investigation @WNEP