SOUTH WILLIAMSPORT — The grounds crew is getting the fields ready for Little Leaguers in South Williamsport. Newswatch 16 stopped by Lamade Stadium Tuesda... 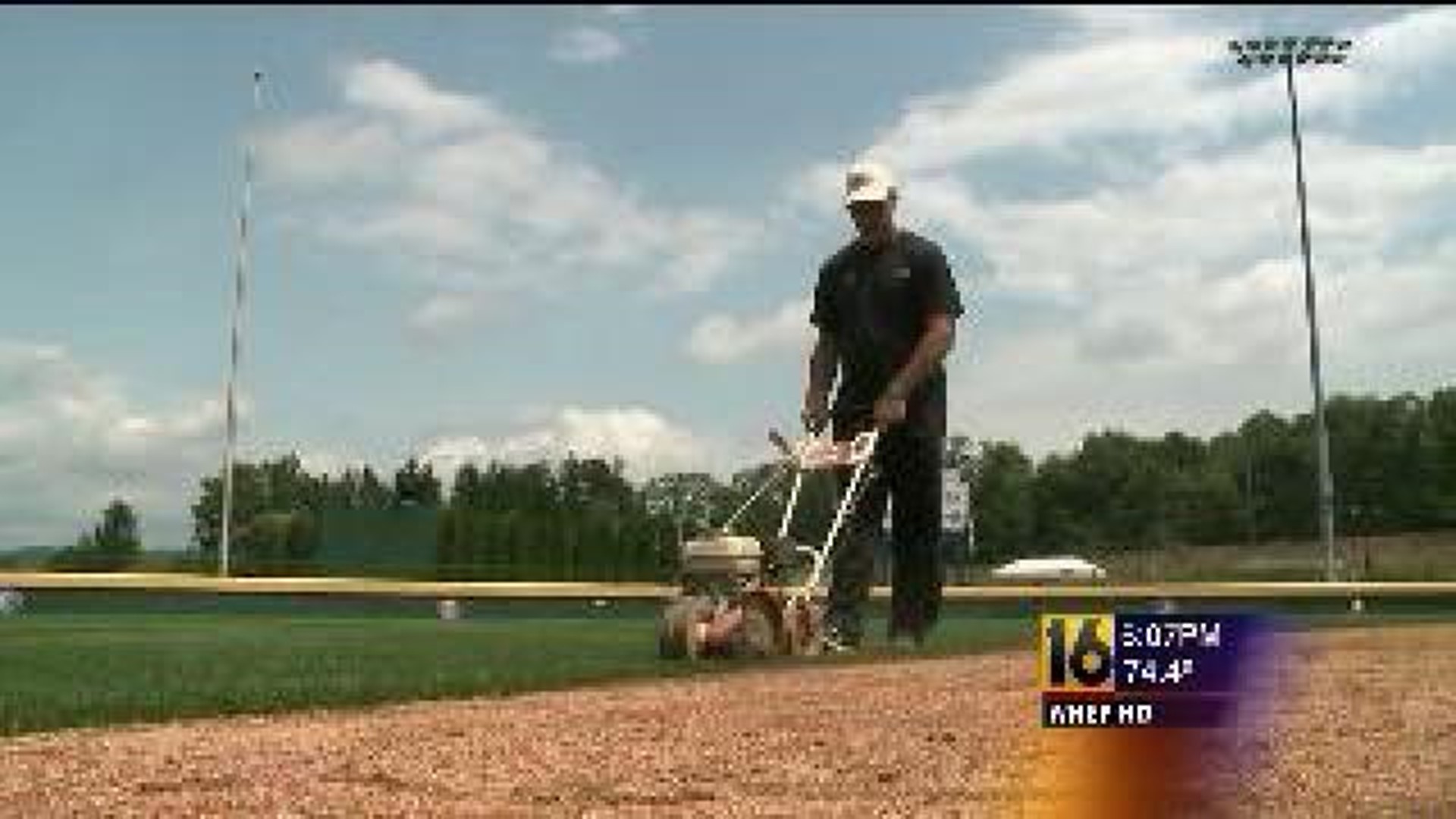 SOUTH WILLIAMSPORT -- The grounds crew is getting the fields ready for Little Leaguers in South Williamsport.

Newswatch 16 stopped by Lamade Stadium Tuesday. For some people the Little League World Series means 10 days filled with baseball, but for others it means a lot of prep work behind the scenes. While the players are practicing their swings, dozens of other people are making sure the fields look perfect for that first pitch.

The stands at Lamade Stadium in South Williamsport were empty today but in just a few days they will be packed with baseball fans from all over the world.  The grounds crew wants to make sure the fields are ready.

"Edging the warning tracks to really make it the most pristine field these kids have ever played on," volunteer Jeff Fowler explained as he worked.

Crews spent the day putting the finishing touches on both Lamade and Volunteer Stadiums.

Seth Whitehill is the groundskeeper at the Little League World Series complex in South Williamsport.  He maintains the fields all year round.

"We try to keep everything as good as we can throughout the whole year so it's not like a crisis we can't handle," Whitehill said.

The volunteers aren't just getting the fields ready before the Little League World Series starts, for the next two weeks, a team of about 35 people from all over the country will be maintaining the fields in South Williamsport.

Wayne Barrs does baseball field maintenance in Freemont, California.  He took vacation from that job to volunteer at the Little League World Series.

"Oh, I just love it.  It's a lot of fun," Barrs said. "I put in an application to come out and work the fields.  I got chosen to come out.  This is my second year and I have a blast."

Many of the volunteers come back year after year.  It is Jeff Fowler's 17th year at the Little League World Series.

"We get a lot of joy out of watching what we call the wow factor.  When the kids see it for the first time, they're like 'Wow, this is incredible!'"

The volunteers work long hours to prepare the fields but they say it is worth it to make the fields safe and attractive for the whole world to enjoy.