Library Ruined by Floods to be Rebuilt

NEW ALBANY, Pa. — People in one part of Bradford County are realizing the true meaning behind the name of the New Albany Community Library. After flood wa... 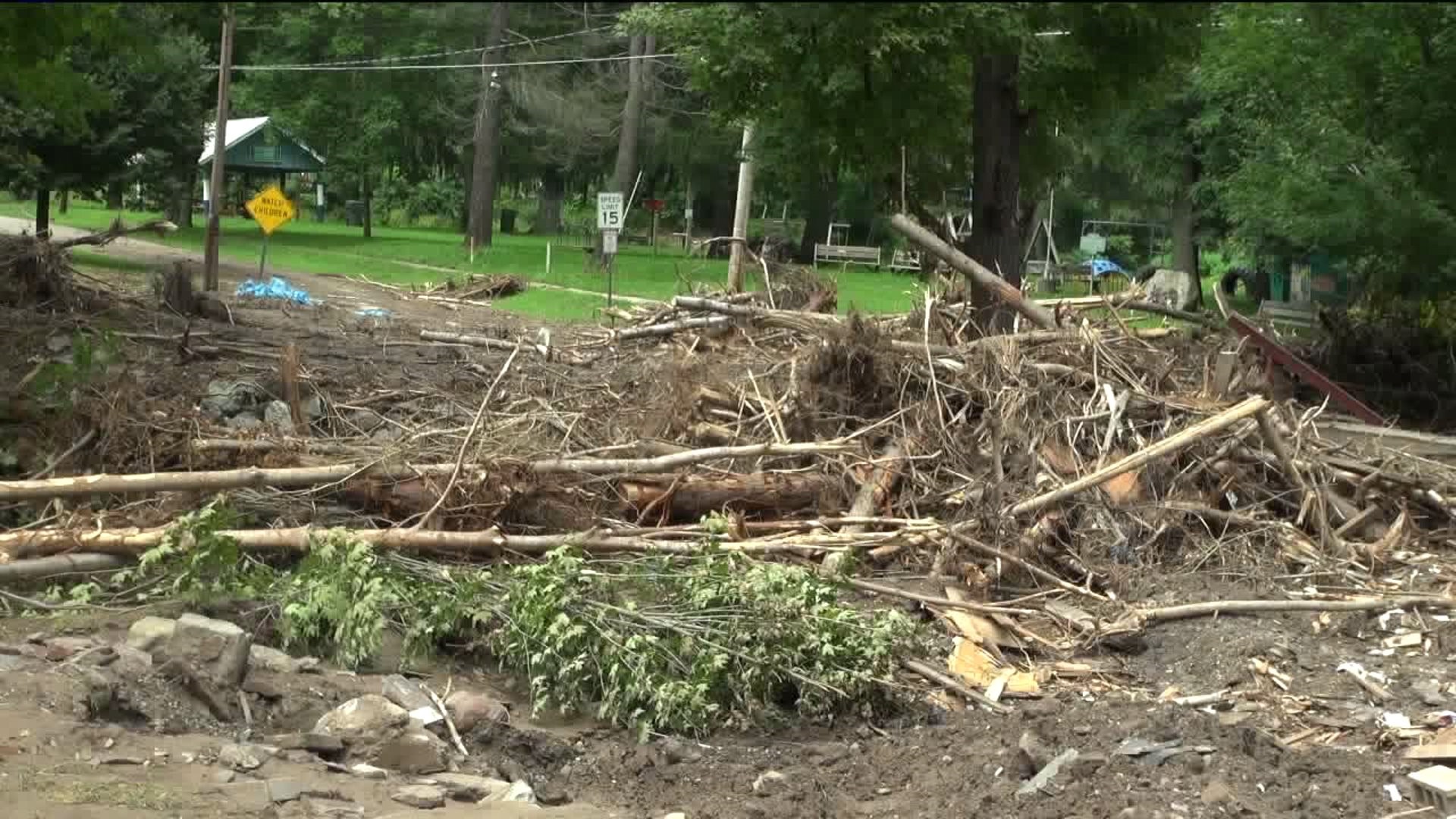 NEW ALBANY, Pa. -- People in one part of Bradford County are realizing the true meaning behind the name of the New Albany Community Library.

After flood waters destroyed the library last week, the community is now doing everything they can to move on and rebuild.

There isn't much left to look at of the New Albany Community Library in Bradford County. If you do look closely, you can spot a few books lying in the rubble.

Flood waters damaged the library's first floor of the building two weeks ago, then last week another flash flood washed the entire building away into the street.

Exactly one week later, the library board of directors has made a big decision: they will rebuild. Now, one of the first steps is to find a new location.

"We don't want the same thing to happen. We want to try to put it in a safe location where it's going to be safe from flooding," said Errek McComb.

Rebuilding the library is going to take time and money. The nine other libraries in Bradford County are helping spread the word about donating.

"To help and share with all the libraries is important that we all help each other out and keep that going. We're not here to work against one another. We're here to help each other and to benefit the whole community," said Alan Roloson, Bradford County Library.

Rebuilding will be a long process, but in the meantime, library volunteers will build a kiosk to store books in. And once a month, the Bradford County bookmobile will make a stop in New Albany.

"We also have a laptop, if they need Wi-Fi service and need to get on a computer then we can offer that, too," Roloson said.

"The community has been great. We're getting a lot of response on the Facebook page. People are seeing it, and they're offering to do what they can do. They are volunteering their time, their money, and in the future, books. We're not ready for that yet," McComb added.

They aren't ready to collect book donations just yet, but library volunteers say they will spread the message when they are.