HARRISBURG — Now that Governor Tom Corbett has made his budget proposal, the debate in Harrisburg can begin. “I’m disappointed. We’ve go... 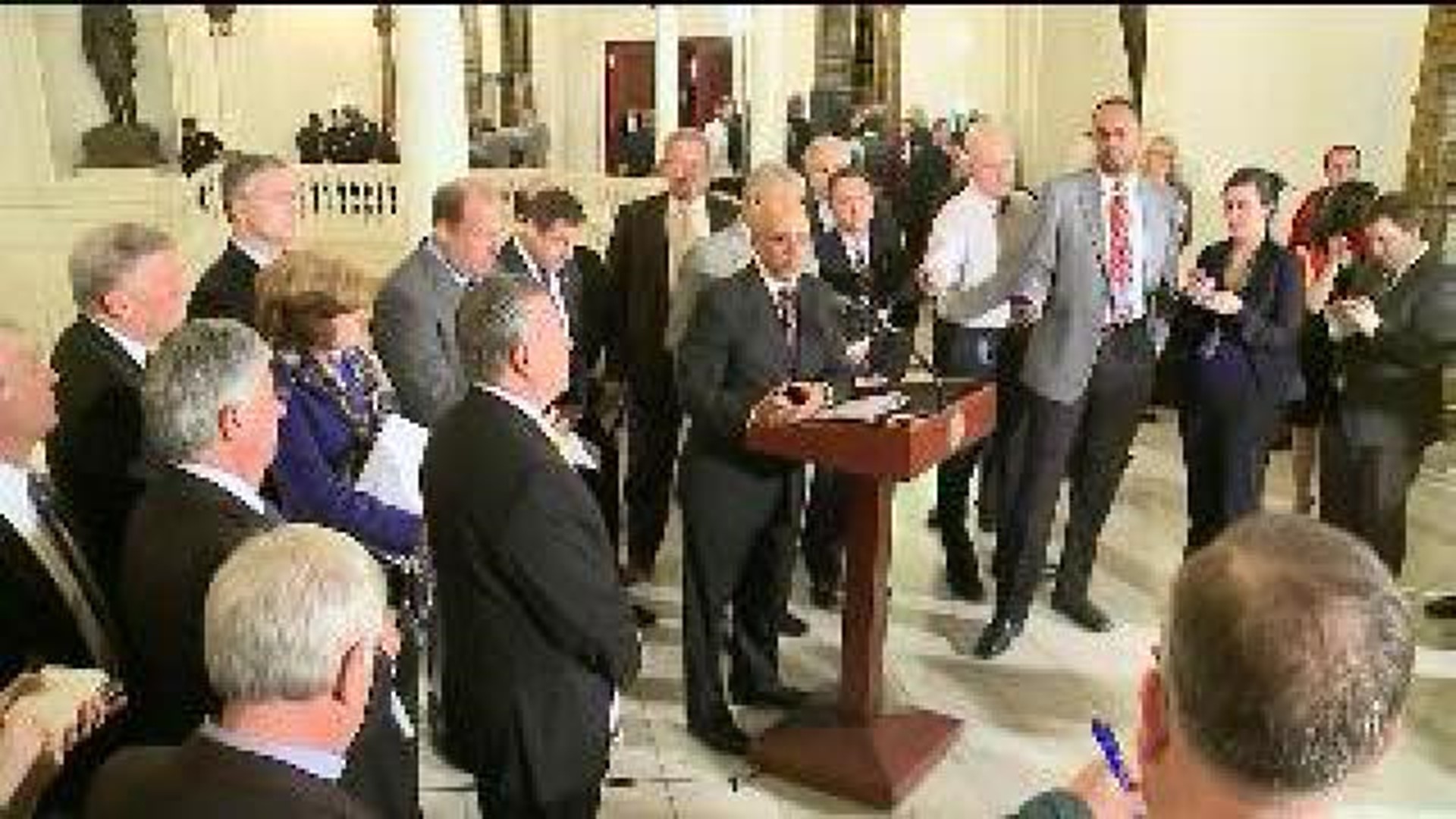 HARRISBURG -- Now that Governor Tom Corbett has made his budget proposal, the debate in Harrisburg can begin.

Protests rang out inside the State Capitol rotunda during the budget address. Once things quieted down, state lawmakers voiced their opinions on the proposed spending plan.

"He put $20 million in for special education, so I'm hoping that's going to go for those families who have children with autism and intellectual disabilities," Representative Tarah Toohil (R) said.

"The governor mentioned the increased pressure on the school district property tax. In the district that I represent, that is the number one issue," Senator Dave Argall (R) said.

...but not from Democrats.

"The increases in education are not nearly enough to offset the over $2 billion in cuts we have seen over the past three years," Senator John Blake (D) said.

In addition to a big portion of the proposed budget being about education, local lawmakers also weighed in on what the governor had to say about jobs.

"I think we have to start to ask ourselves honestly what's happening with job creating? We're still 47th in the country," Representative Rick Mirabito (D) said.

"The drilling that has already gone on in the state forest in my district occupies less than two percent. That includes pipelines, well pads and everything. Managed properly, I think that it can co-exist," Yaw said.

But some Democrats say the governor had a political agenda instead of a budget address.

All of Governor Corbett's budget proposals need to go through the senate and the house. The Republicans and Democrats will now start to debate what will be in the 2014-2015 budget, which is due by the end of June.