PSU Investigator: Sandusky Should have been Charged in 1998

A former Penn State police officer testified Thursday morning that he thought Jerry Sandusky should have been arrested for child abuse in 1998, but now-missing ... 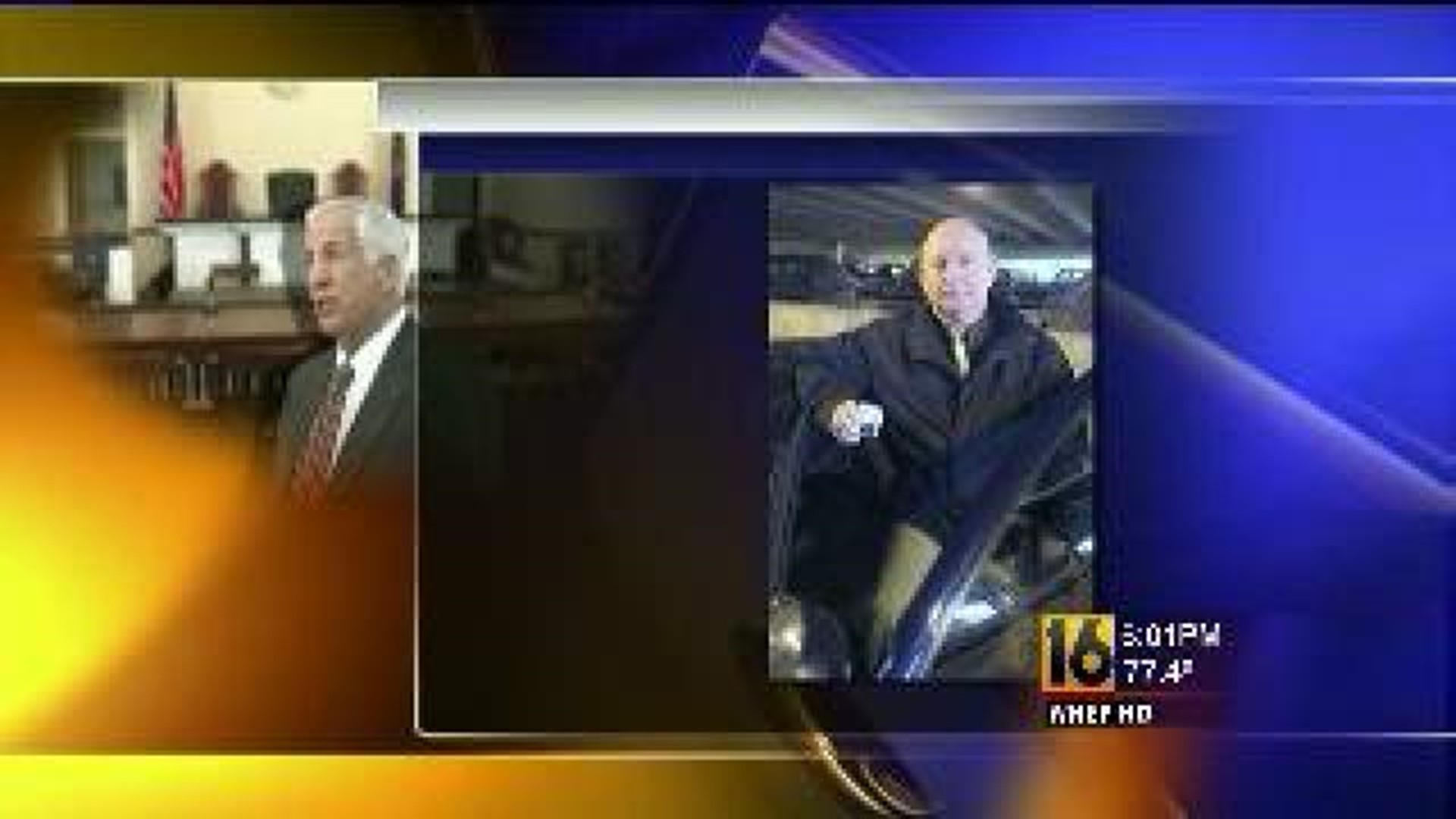 A former Penn State police officer testified Thursday morning that he thought Jerry Sandusky should have been arrested for child abuse in 1998, but now-missing District Attorney Ray Gricar decided not to do so.

Ronald Shreffler now works for the federal Homeland Security department but in 1998 worked as a criminal investigator for Penn State Police.

Shreffler said he got a report in 1998 from a mother that her son had showered naked with Jerry Sandusky. Shreffler said through interviews with the 11-year-old boy, the mother and even listening in on a conversation with Sandusky, he thought the Penn State football coach had done something criminal.

He testified he does not know the reason why Gricar decided not to file charges. Gricar went missing nearly a decade ago and was legally declared dead last year.

Shreffler's testimony came after so-called Victim 6, the boy at the center of that 1998 investigation took the stand.

That 25-year-old man told jurors in the Jerry Sandusky sex abuse trial that he blacked out during a shower with Sandusky and can't remember details of what happened. But so-called Victim 6 also testified that he stayed in touch with Sandusky for years after that incident happened.

The alleged victim was the first witness on the stand Thursday morning. He told a similar story to other accusers who have testified in the first few days of the trial. Alleged Victim 6 testified about being invited by Jerry Sandusky to work out in the Penn State football buildings back when he was an 11-year-old boy, then he says Sandusky convinced him to take a shower.

"My immediate thought was I'm not even sweaty, we were only working out for 15 or 20 minutes," testified alleged Victim 6. "It started to really get uncomfortable when I was taking my clothes off because no one but my parents had ever seen me with my clothes off."

The alleged victim talked about being in the football building showers and trying to stay far away from Sandusky. But he says the football coach insisted the 11 year old come closer. What followed he said was tickling, bear hugs, even Sandusky trying to wash him.

"I remember seeing his chest hair right next to my face and I thought, 'this is icky,'" testified the alleged victim. "I tried to get out of his grasp but stay in a joking manner with him so he wouldn't get upset."

But so-called Victim 6 said at one point in that shower, Sandusky lifted him up toward the shower head and the boy closed his eyes to keep the shampoo out of his eyes. He said then everything went black. He could remember nothing more beyond that.

"I just remember trying not to look down and to keep my eyes up," said alleged Victim 6. "I don't even remember being put down. Everything else is just blacked out. I just don't remember."

When he returned home that evening, the alleged victim said his mother was wondering why his hair was wet. He said when he told her that he had showered with Sandusky she was upset.

Schreffler said he and a member of the State College Police Department then went on to do surveillance of two prearranged conversations with Sandusky and the alleged victim's mother inside their home in State College. Sandusky thought he was going to the home to pick up the boy.

During the first conversation, Schreffler said he was hiding in a nearby bedroom when the mother told Sandusky that showering and being naked in a shower with her son was wrong. She told him that her son was having trouble sleeping and hadn't been the same.

During a second conversation at the home with police hiding in the apartment, Schreffler said he overheard the mother confront Sandusky. That is when Schreffler said he heard Sandusky say, "I wish I could ask forgiveness. I know I cannot get it from you. I wish I were dead."

Schreffler said through interviews with the mother and boy it was determined that Sandusky had showered with at least one other boy. The investigator said he interviewed Sandusky himself where Sandusky denied doing anything sexual. But Schreffler testified he told Sandusky not to shower with any other boys again.

When so-called Victim 6 was on the stand, he tried to explain why he didn't appear upset by the incident in the shower. He said he enjoyed going to Penn State football games and liked the access he got to the PSU football program. He said he even stayed in contact with Sandusky for years afterward. He said he had put that shower incident out of his mind.

But he said when contacted by police in January of 2011 when this investigation resumed, he realized what happened all that time ago was very wrong.

"I started to think about it and go over it my mind. I quickly realized my perspective changed as an adult compared to an 11-year-old that that was inappropriate," he testified.

"I feel violated. I've gone through a lot of emotional roller coasters since then," said the alleged victim about reliving that incident all these years later and realizing the impact it had on his life.