HARRISBURG, Pa. — The new year brings good news for parents who want to start saving money for college while their children are just babies. The stateR... 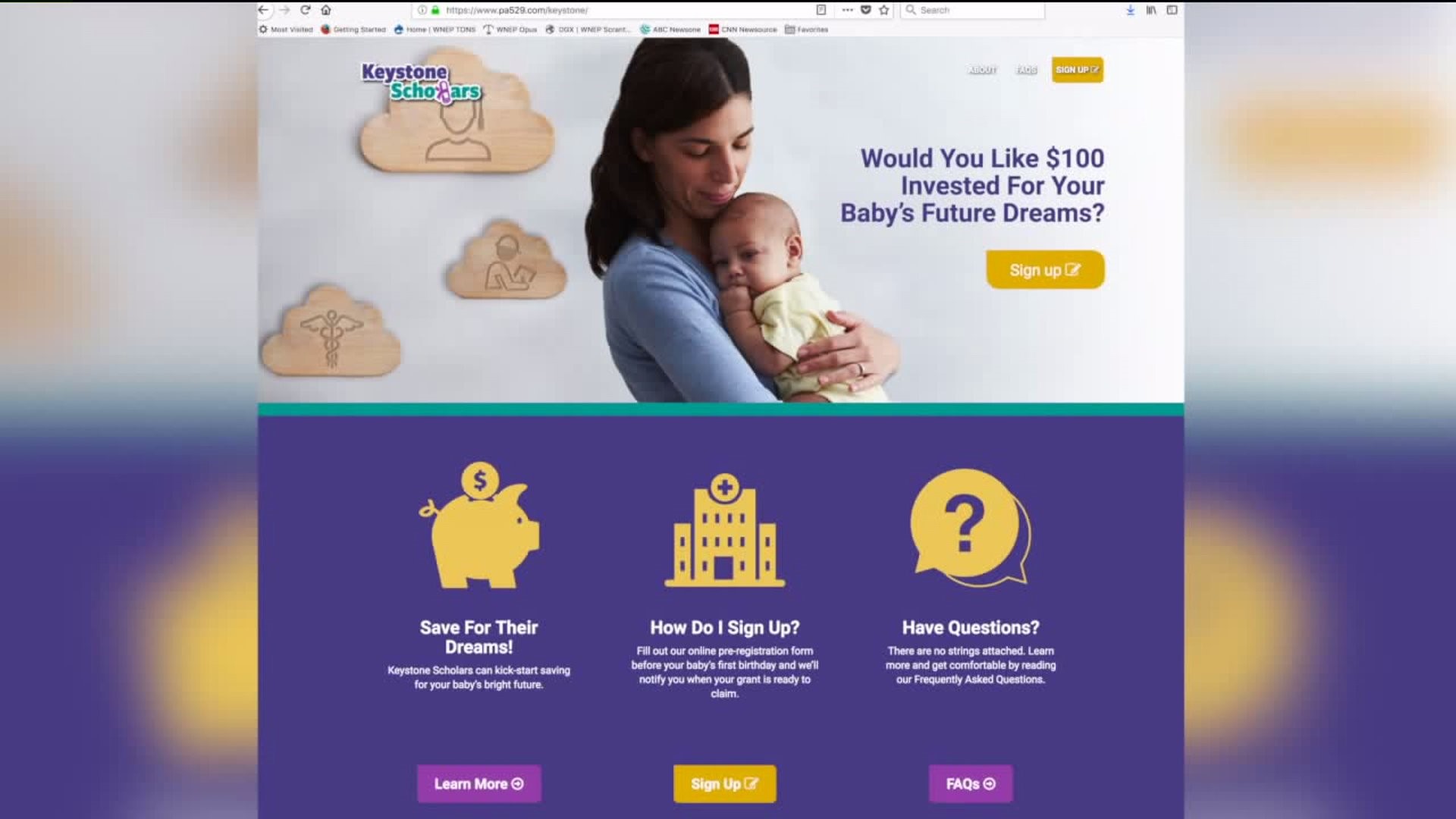 HARRISBURG, Pa. -- The new year brings good news for parents who want to start saving money for college while their children are just babies.

Nicole Renee Chestnut was born at 1:37 a.m. on New Year's Day at Geisinger Medical Center near Danville. One of the first newborns of 2019 in our area is from Mifflinburg in Union County, which means she is one of the first children from outside Luzerne County to be eligible for the Keystone Scholarship.

The program started last year as a pilot project in six Pennsylvania counties, including Luzerne County.

Parents who apply before their child turns one will get $100 in a tax-free college savings account.

"Someone is saying to that kid, 'You have a future beyond high school, and we believe in you and we're depending on you to be there,'" State Treasurer Joe Torsella told Newswatch 16 back in March.

Torsella says the pilot program succeeded, with many parents making regular deposits on top of the $100 in these accounts.

That's why state lawmakers voted to expand Keystone Scholars statewide so that every newborn in Pennsylvania is eligible.

"It's a way to get those kids started on a path of saving for something after high school," said Torsella.

And it costs taxpayers nothing. The money comes from a surplus in the state's guaranteed savings plan, which is like a 401(k) savings plan for education instead of retirement.

For more information on the Keystone Scholars Program, click here.