NORRISTOWN — Former State Attorney General Kathleen Kane was sentenced to 10 to 23 months in jail by a judge in Montgomery County on Monday afternoon. She... 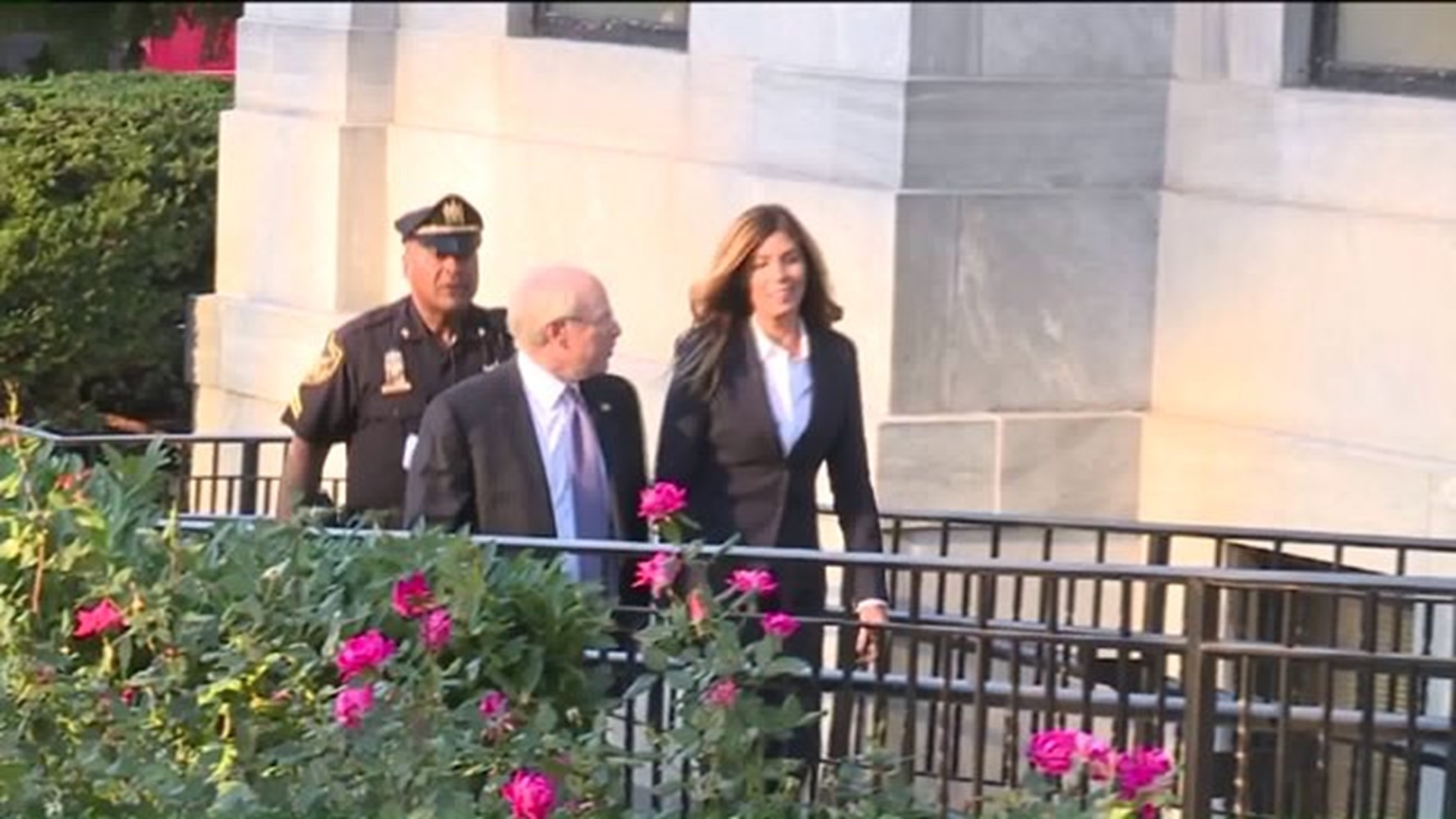 NORRISTOWN -- Former State Attorney General Kathleen Kane was sentenced to 10 to 23 months in jail by a judge in Montgomery County on Monday afternoon.

She was also sentenced to 8 years on probation.

The judge raised Kane's bail to $75,000 and she was taken from the courtroom in handcuffs.

Before her sentence was handed down, family and friends testified to the Scranton native's character, the good that she did while in office, and how much she loves her children.

Many officials from Hazleton testified, praising Kane for the creation of their drug task force.

Kane herself even addressing the court before she was sentenced saying, "The past two months have allowed me to stop and think about the last two years. When I became the attorney general, I didn't set out to hurt anyone. I really thought I could help."

Prosecutors also called witnesses to the stand. They testified to the atmosphere of the workplace when Kane was in office, describing it as "stressful" and "unhealthy."

"That just goes to show that this system works and we were diligent in making sure that justice was served here today," said Montgomery County D.A. Kevin Steele.

"This clearly shows that no one is above the law," added Bucks County Assistant D.A. Michelle Henry. "What she did and what she put the citizens of the Commonwealth through during this period of time was significant and that's why today her being led out in handcuffs was so important for everyone to understand and see that we investigated this case and prosecuted it vigorously to get to this end."

Kane was convicted of leaking secret grand jury information and lying about it under oath.

She resigned from office in August.

Kane, a Democrat and Scranton native, had sought to be sentenced to house arrest.

"The men and women of the OAG are dedicated public servants who do their jobs with integrity on a daily basis. That is what the public expects and deserves."