Just off of Providence road in Scranton inside the doors of Steamtown Barbell you find 15-year-old Scranton sophomore Justin Arroyo-Garcia. He’s a weightl... 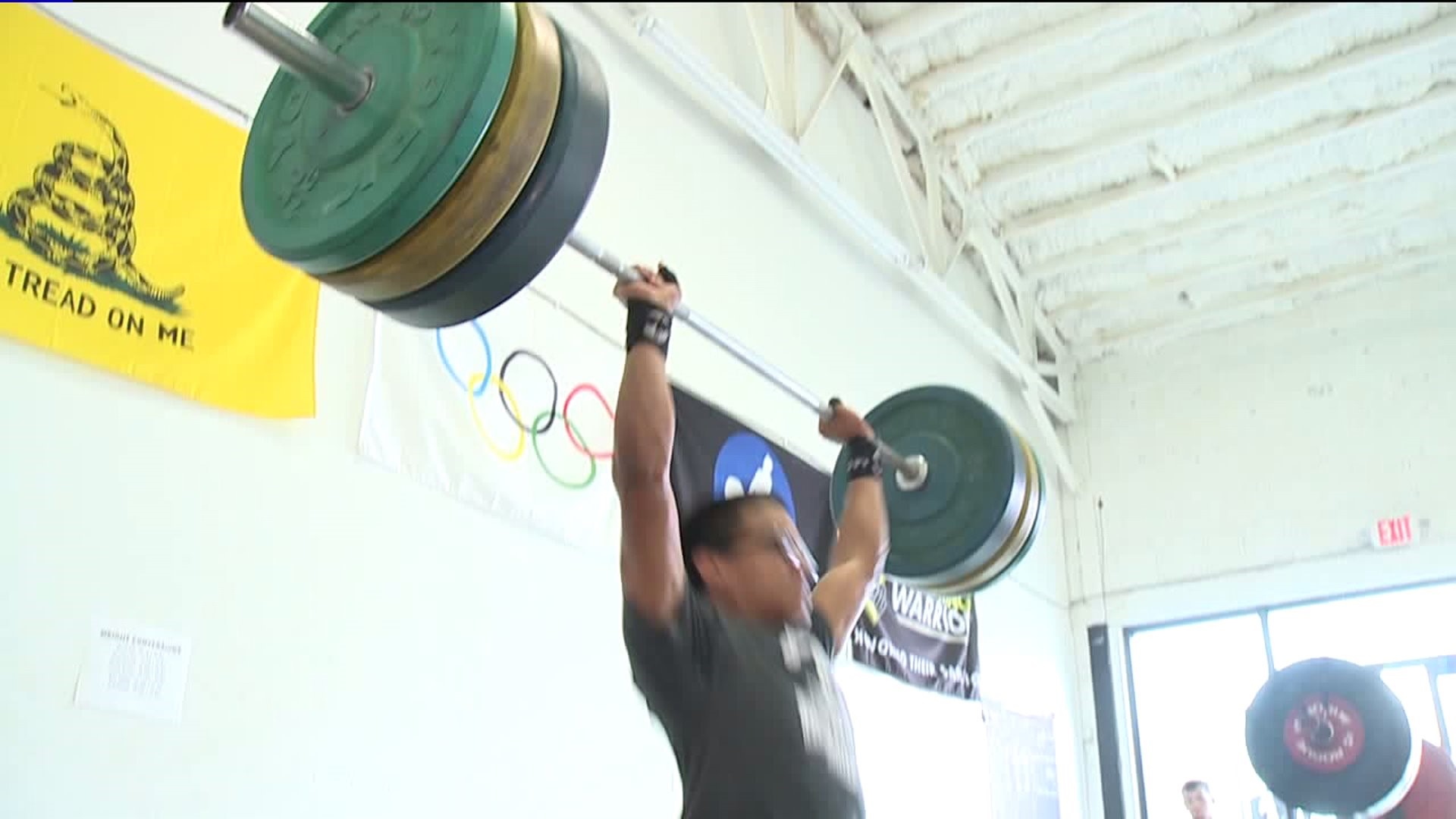 Just off of Providence road in Scranton inside the doors of Steamtown Barbell you find 15-year-old Scranton sophomore Justin Arroyo-Garcia.

He's a weightlifter competing in the snatch and clean and jerk events and ranked #1 in the nation in his age division lifting a combined 492 lbs in his most recent competition.

"Where is your strength right now? is it your back? Your legs? Or what muscles are you using to lift all these weights? Pretty much with the training it's pretty much all around everything is an exact percentage to perfect the lift and make it look perfect as much as possible," said Justin.

Colby Jimcosky has been his coach the last 2 years.

"He kind of just walked in right off the street and it was the second that he touched the barbell we just knew he was perfect for the sport, and that he was ready to go," said Colby.

"He perfected my technique in a very short amount of time before my first national competition and now he is my head coach. I feel like him and I are doing really good. So far every competition that we have gone too we received a gold medal," again said Justin.

We'll last year Justin headed out to Michigan to Nationals in the 14 and 15-year-old division and finished 2nd in the country. This year he bumps up a division to the 16 and 17 year old's and at the end of June will head out to Anaheim and he's hoping for gold and to become #1 in the nation.

"He's got a lot of power but we really need him to get brushed up on his technique before he heads out to nationals this year. We are expecting gold this year," again said Colby.

Justin's' sport of choice growing up was soccer. If it wasn't for a walk with the dog by the doors of Steamtown Barbell he may have never realized his dream of becoming an Olympic weightlifter.

"I pretty much walked in off the street and got here where I am in two years almost two and a half years. So it's worth a shot," again said Justin.