UNIVERSITY PARK — There are 100 flavors of ice cream at Berkey Creamery on Penn State’s main campus.  Employees say one of the most popular flavors ... 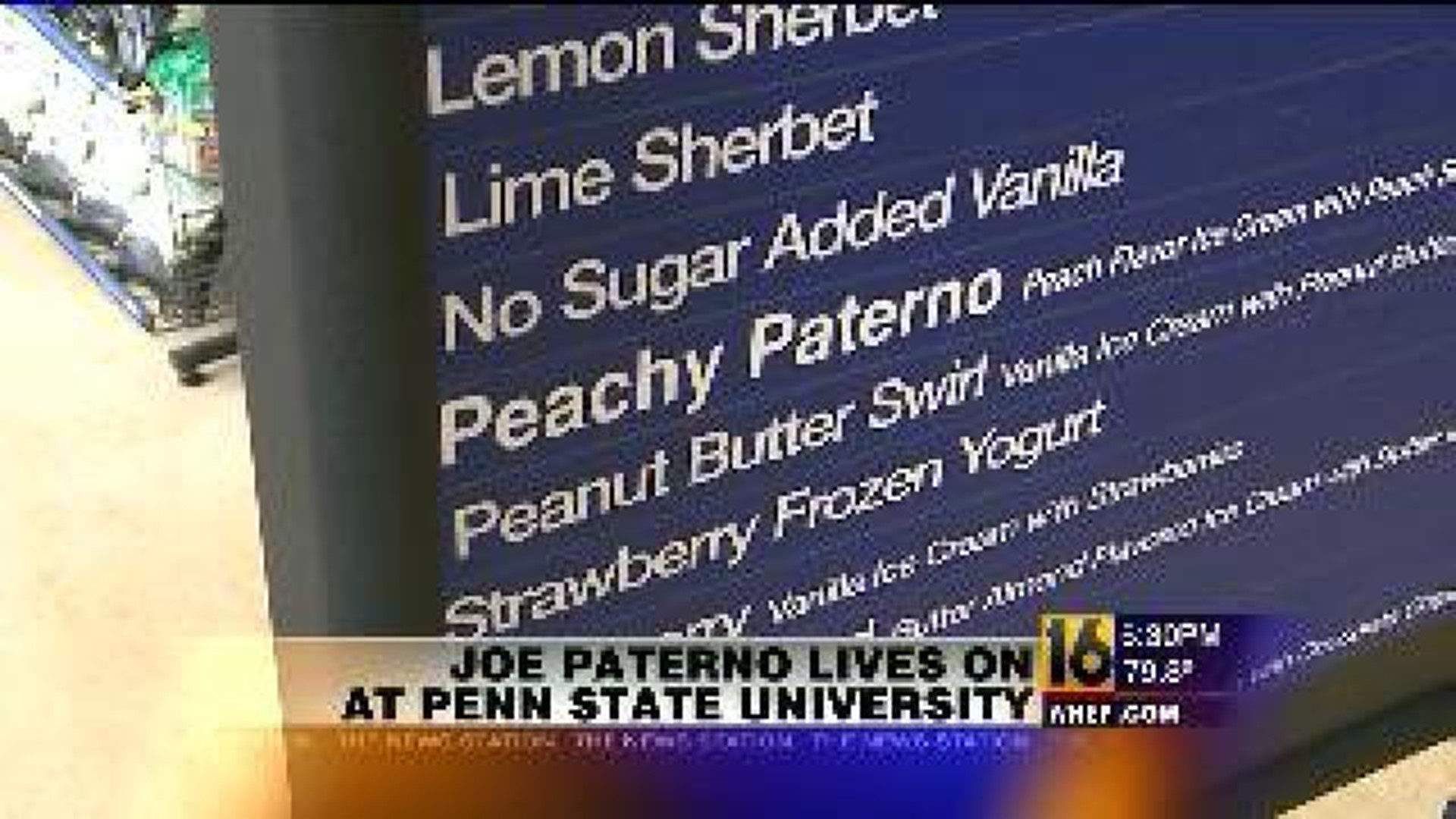 UNIVERSITY PARK -- There are 100 flavors of ice cream at Berkey Creamery on Penn State's main campus.  Employees say one of the most popular flavors is "Peachy Paterno", named after the legendary football coach.  Tom Williams is a Penn State graduate and stopped by the creamery for a taste.

"This is it.  This seems to be the last remnant of Coach Paterno.  I don't eat peach ice cream and I've never tried Peachy Paterno, but today was the day," said Williams, of Allenwood.

Employees at Berkey Creamery say even though the Joe Paterno statue outside Beaver Stadium has been removed, Peachy Paterno will stay on the menu at the creamery for at least the next year. Proceeds from the treat will go to an organization that helps child sexual abuse.

Thomas Biscoe of Frackville is happy to hear that.

"That's a great idea.  He built a lot of things around here.  That football program did a lot for this school," said Biscoe.

In addition to the Peachy Paterno ice cream, Penn State university officials say that Paterno's name will also remain on the school's library.

Peter Favilla and Adam Gooch are students at Penn State university.  They both say they idolize Joe Paterno and they are happy the library's name will not be changed.

"I think it's a great thing because he's more than just a man, he's a legend here.  Just to keep his name around and have people constantly knowing that he was here, making people know that we are Penn State," said Junior Adam Gooch.