Jerry Sandusky Guilty on Most Counts

BELLEFONTE — The jury has found former Penn State assistant football coach Jerry Sandusky guilty on 45 of 48 counts. The verdict was reached just before 1...

BELLEFONTE — The jury has found former Penn State assistant football coach Jerry Sandusky guilty on 45 of 48 counts. The verdict was reached just before 10 p.m. Friday night. It took the jury almost 20 hours to reach the verdict.

The jury found Sandusky not guilty of two counts of indecent assault and one count of involuntary deviate sexual intercourse. Sentencing will be in approximately 90 days. The maximum sentence for all counts is 442 years in prison. 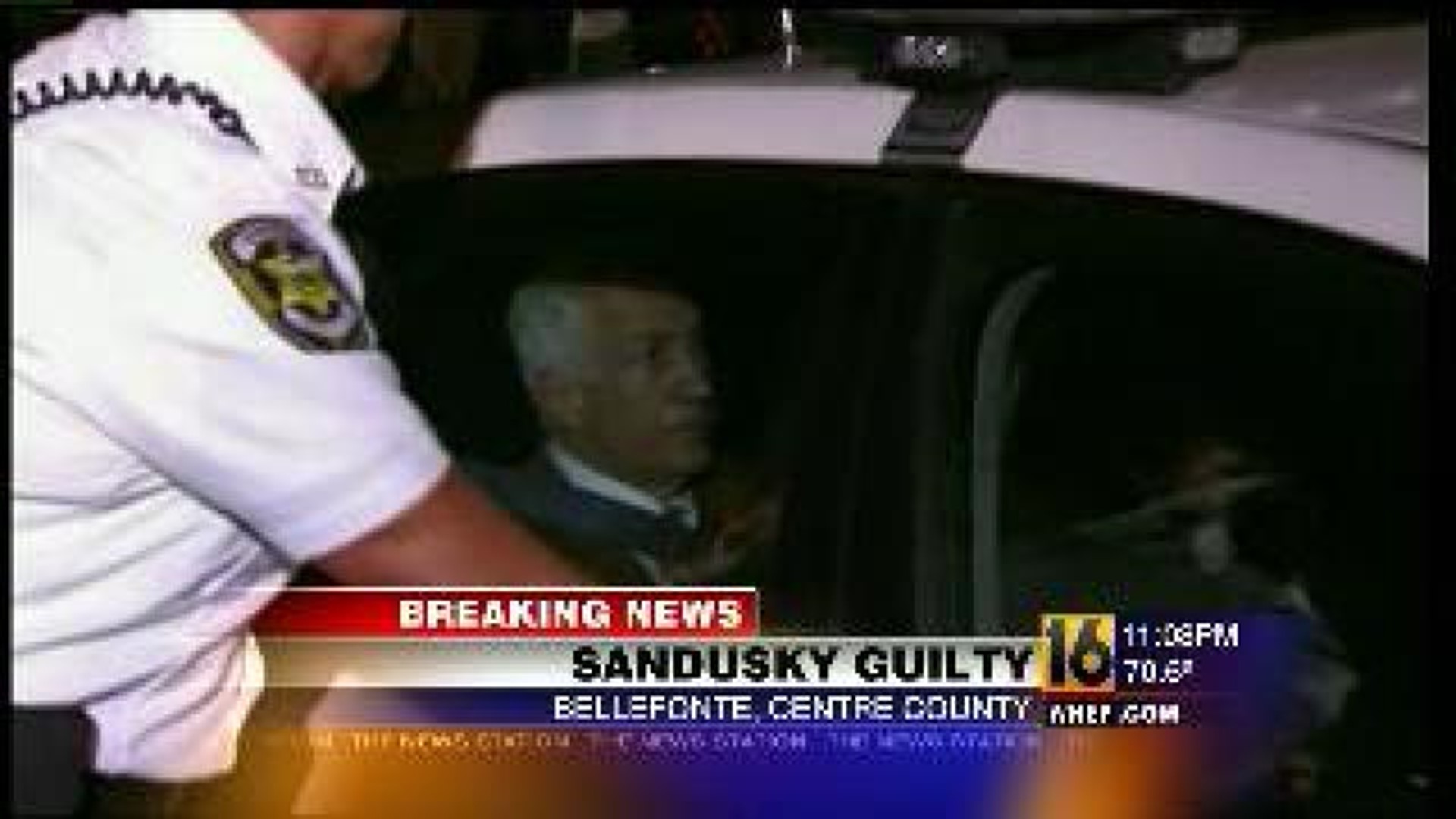 Joe Amendola, Sandusky's attorney, spoke to members of media and a large crowd of onlookers in front of the Centre County Courthouse.

"The Sandusky family is very disappointed but we respect their verdict...We said we had a tidal wave of public opinion against Sandusky. He had been determined to be guilty by the public and media at the very outset. We had an uphill battle; we were attempting to climb Mount Everest. We obviously didn’t make it. We always felt Jerry’s fair shake would come from a Centre County jury. I've been asked inside is that a surprise? And no that was the expected outcome because of the overwhelming amount of evidence," Amendola said. 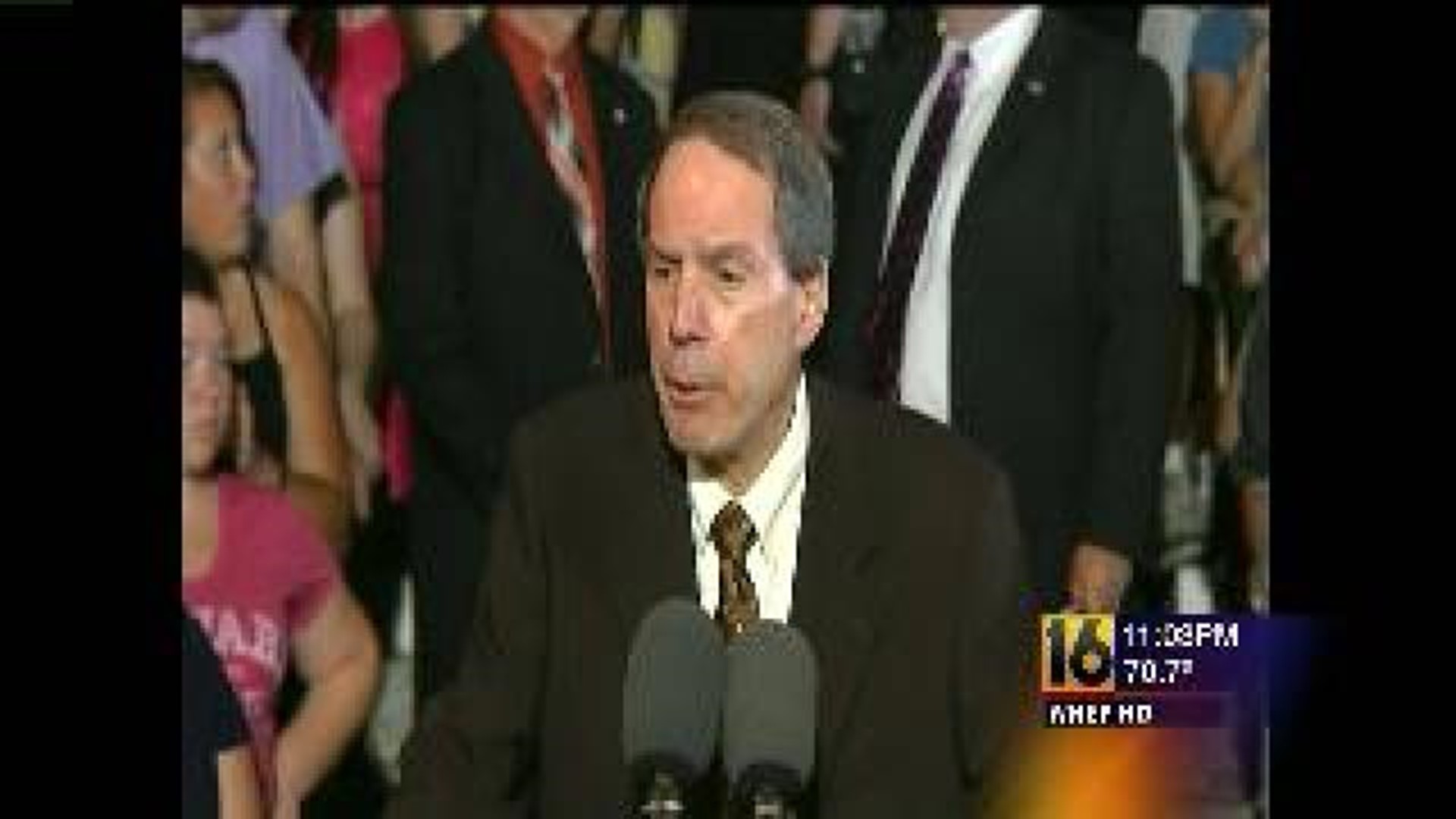 "It was incredibly difficult for some of them to tell the abuse they suffered. Most of us cannot comprehend what they endured when testifying. This trial was not something they sought but rather something that forced them to face the demons of their past, reveal what happened to them and their childhood when they met sand. We hope our search for justice in this case will help them and other victims who have been watching. One of the recurring themes of the testimony from the victims was 'who would believe a kid?' And the answer to that question is we here in Bellefonte would believe a kid," said Kelly. 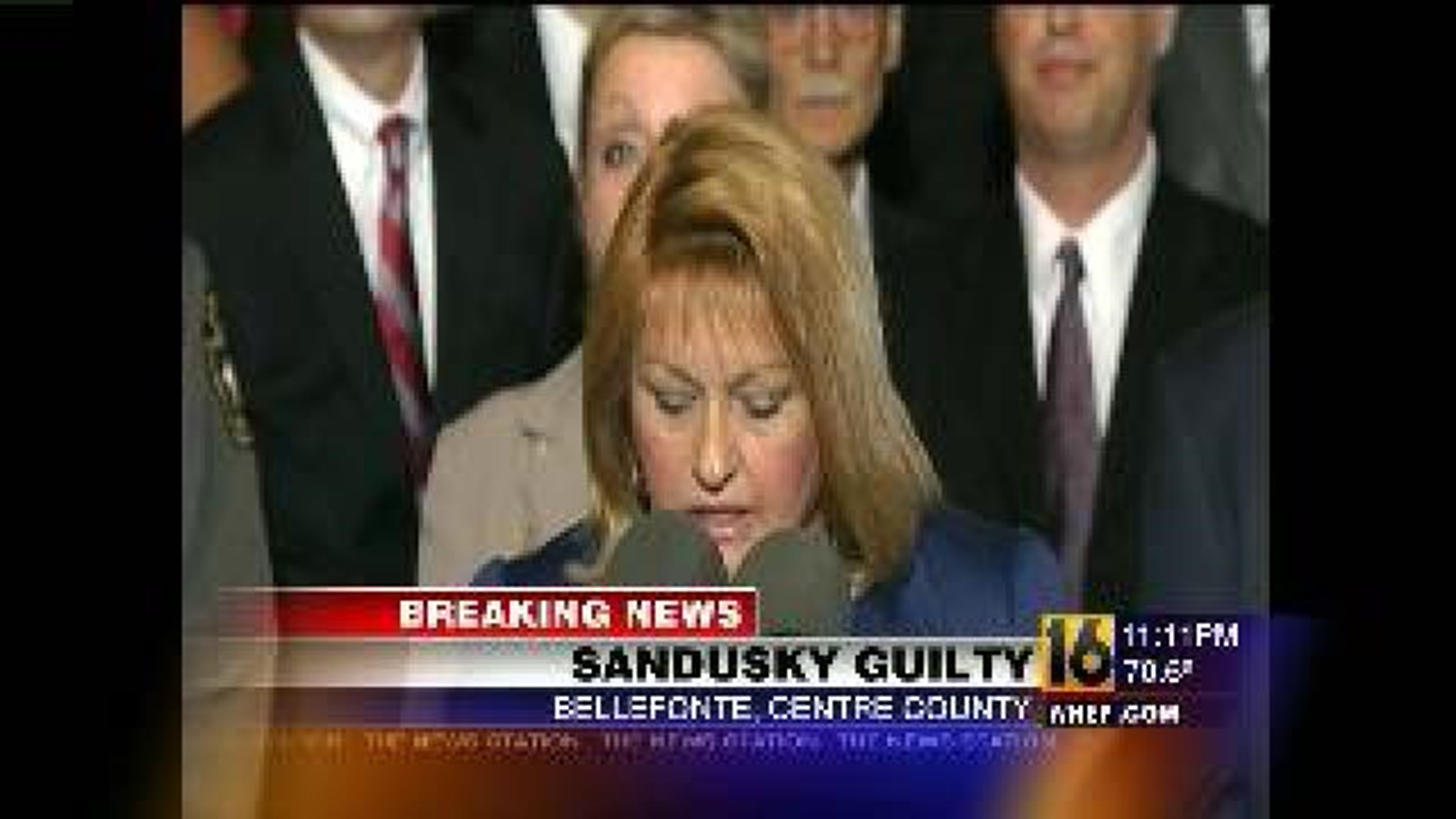