HARPURSVILLE, N.Y. — April the giraffe rose to fame in 2017 as the world watched and waited for her to give birth to a baby boy giraffe. Tajiri was born a... 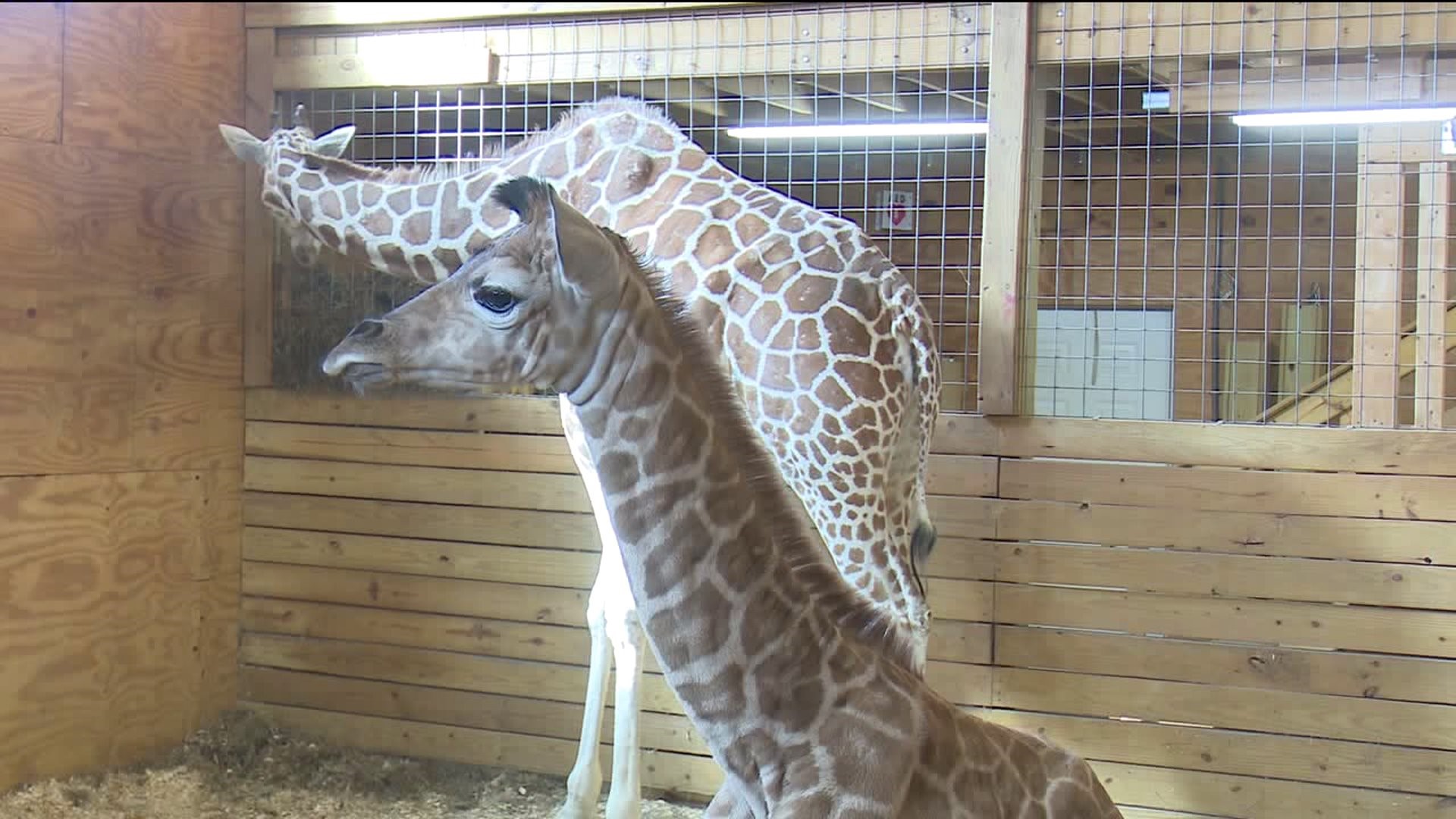 HARPURSVILLE, N.Y. -- April the giraffe rose to fame in 2017 as the world watched and waited for her to give birth to a baby boy giraffe. Tajiri was born at the Animal Adventure Park in New York State.

On Saturday morning at 11 a.m., April went into labor again at the park outside of Binghamton, New York. By 2 p.m., the park owner tells us the new baby boy was walking around, nursing, and showing a bit of spunk.

April, the 17-year-old giraffe, rose to worldwide fame in 2017 as people around the globe watched and waited for her to give birth to baby boy Tajiri. But if you remember, fans waited a long time.

"Our prediction for when we expected a calf (in 2017) was a little bit off. We were looking for a January birth and had an April birth," said owner Jordan Patch.

Back in July of last year, the people at the park announced that April was expecting again and this time they got it right. As predicted, on Saturday at 11 a.m., April went into labor.

"At that time all of our staff and veterinary teams gathered at the facility and we watched and waited with the rest of the world, and about at 12:43 in the afternoon, we welcomed our newest calf," Patch said.

The teams weren't alone. Hundreds of thousands of viewers around the world watched as April gave birth on her live webcam.

"That's a success for giraffes. Their numbers are dwindling in the wild, habitats being encroached, and these bloodlines, these genetics are what will someday, hopefully, repopulate native ranges," Patch said.

Patch said April has really brought some popularity to the park. Thousands watch her live every day.

"We never anticipated the cameras going viral or that people around the world would be tuning in and know the names of our staff, our giraffes, and then coming actually to the park, so it's been a remarkable couple of years, and it's really allowed our park to grow and make a difference."

Just like with April's last calf, there will be a naming contest online. It will cost $1 to vote for your favorite name for the new calf. That money will go toward giraffe conservation.

If you want to submit a name and eventually vote for a name for the new calf, check out the park's website here.

Animal Adventure Park is closed now, but it will be open May 1. That's when everyone can go and meet the new calf for themselves.