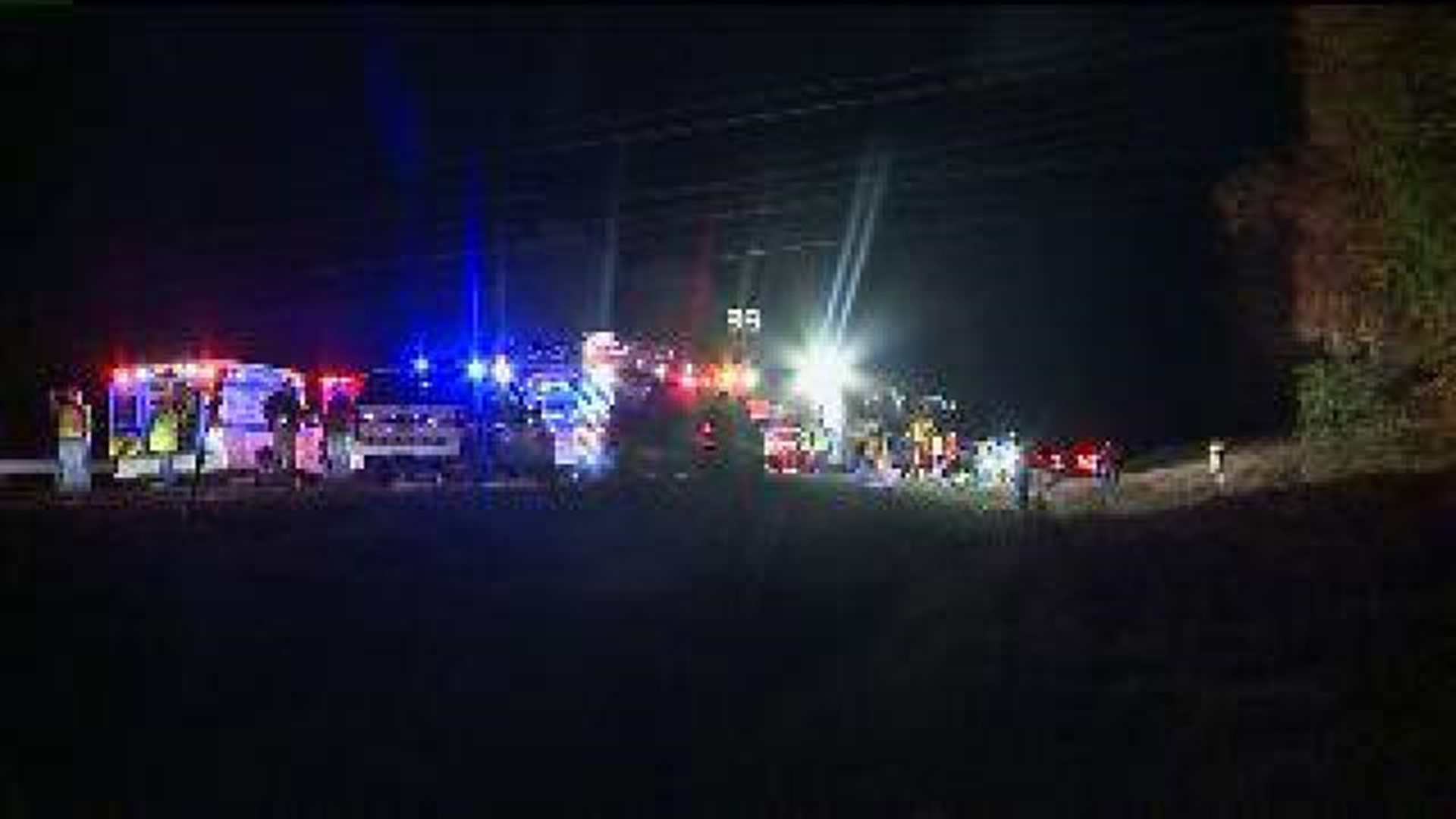 WHITE DEER TOWNSHIP -- A woman was killed and dozens of others were hurt after a bus crashed on Interstate 80 in Union County.

A tractor-trailer and bus wrecked on I-80 west, just past the Williamsport exit around 1:45 a.m.

Authorities said a woman was killed and 44 others were hurt when the Greyhound bus slammed into the back of the rig.  State police said the driver of the tractor-trailer was not injured.

By Wednesday afternnoon, 32 passengers had been treated and released from hospitals. Authorities said 12 remain hospitalized.

Troopers said Interstate 80 west reopened around 4 p.m. after being closed for over 14 hours.

I-80 BUS CRASH: @GreyhoundBus spokesperson says 38 passengers have been treated and released from area hospitals.

I-80 BUS CRASH: Interstate westbound is now REOPEN following investigation and cleanup of deadly crash this AM. Live reports starting at 5.

I-80 BUS CRASH: Crews tow away wreckage of @GreyhoundBus and I-80 expected back open w/in the hour. https://t.co/f80ooPZbbj

Greyhound bus with passengers from this morning's I 80 crash leaving Lewisberg @WNEP pic.twitter.com/CAMvFTjV9X

Rep from GMC says bus driver Sabrina Anderson is in critical condition. @JimHamill and @RyanLeckey will have the latest at noon on @WNEP

At GMC where 13 patients remain from this mornings @GreyhoundBus crash on I-80. Stay w/ @wnep for the latest pic.twitter.com/i23Sl5eZgV

I-80 BUS CRASH: Update from @PennDOTNews on I-80 West closure - PSP still investigating, detour in effect, 1 lane may reopen this afternoon

Troopers still investigating deadly bus crash on I-80W. Avoid the highway between Lewisburg and Mile Run. Could be closed for hrs @WNEP

@GreyhoundBus confirms to @WNEP that 49 people plus a driver were onboard this bus when it crashed in Central PA. pic.twitter.com/QTKXXvrUVl

I-80 BUS CRASH: @GreyhoundBus tells Newswatch 16 a bus from Philadelphia is en route to take passengers the rest of the way after wreck. 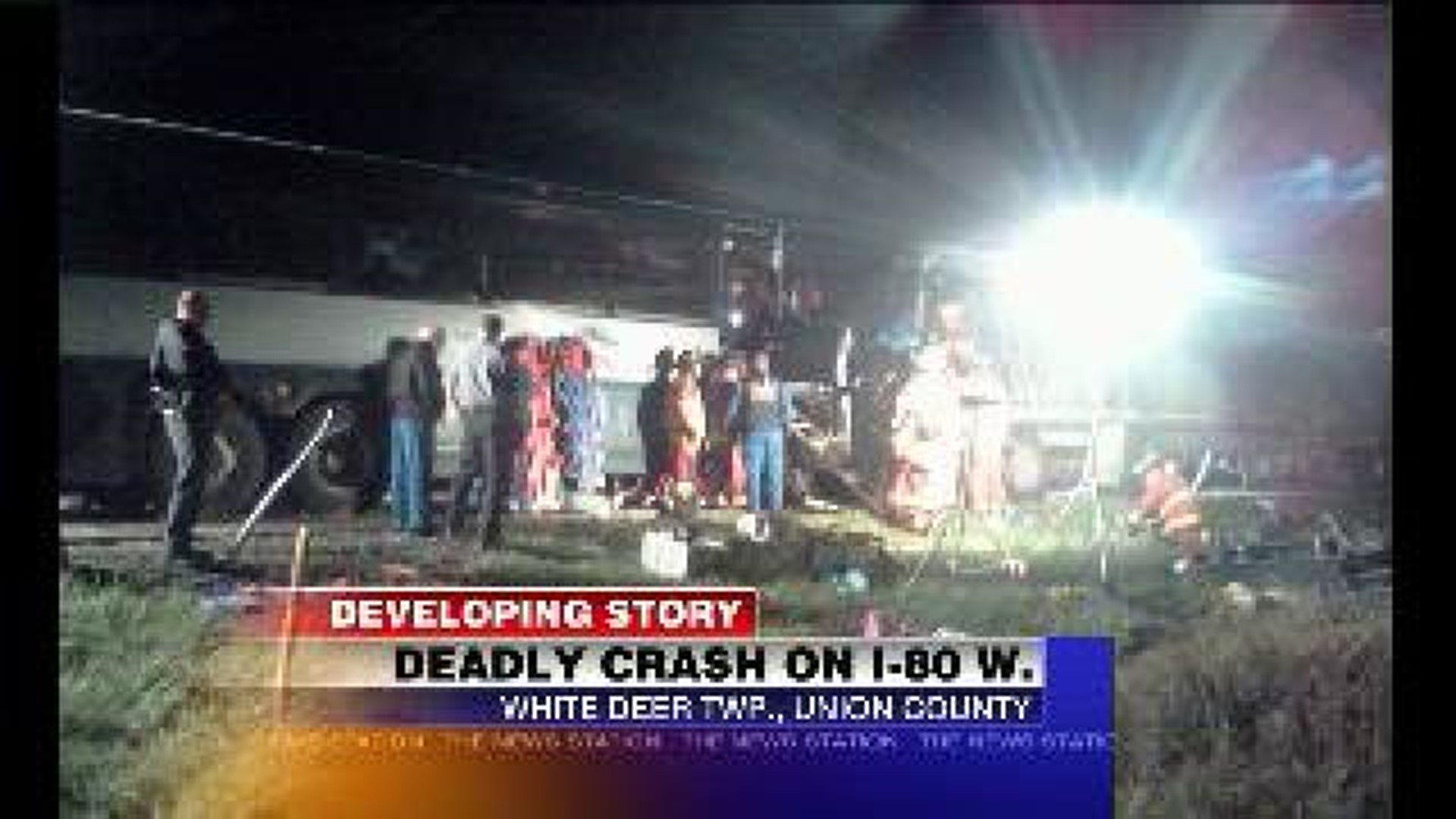