In Dunmore, The Team Prays On

DUNMORE—The Dunmore high school football program is steeped in tradition. Head Coach Jack Henzes has been on the sidelines here for more than 40 years and... 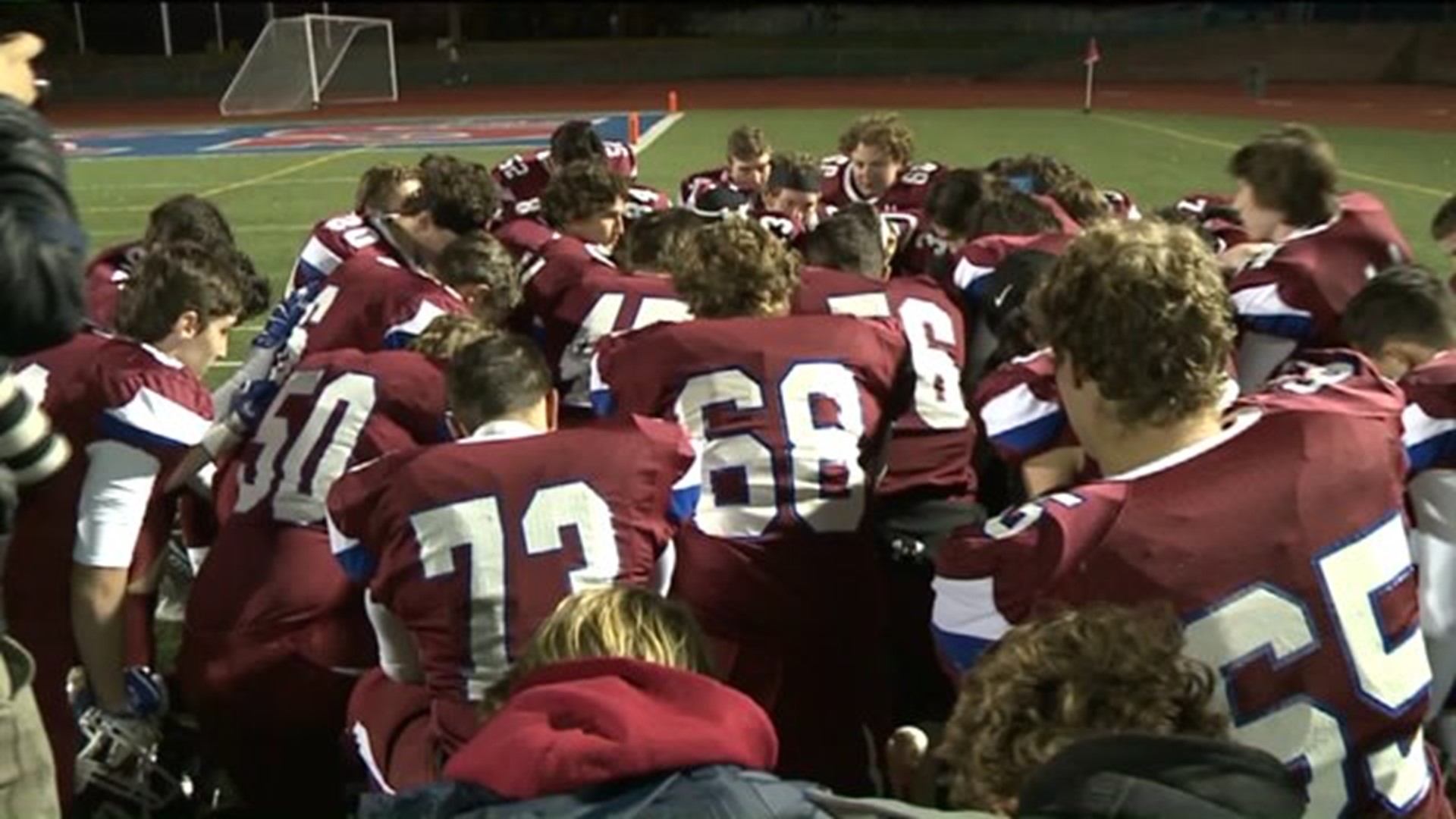 Head Coach Jack Henzes has been on the sidelines here for more than 40 years and for decades, he has led his team in prayer before games.

"I'm very religious myself and I believe that it's tradition that we need to keep it going. It's a shame that it got called off, but it is what it is,” said Chris Murray, a Dunmore High School Junior.

"We've been coming to these games for so long and it's always been,” said Dolly Rubino of Dunmore.

School officials say there was a complaint made to the Freedom from Religion Foundation, based in Wisconsin.

The foundation sent a letter to school officials who say it was clear, school coaches and officials leading prayers at the public school is illegal.

"He's done it all along and he doesn't force the kids to say a prayer, it's whatever they want to do. You know, they do their own thing. They can take a knee and meditate if they want to, so all the schools should be allowed to do it,” said Ann Cole of Dunmore.

"They pray for the safety of the players, they pray for a good game, there's no harm, no foul,” said Bob Getz of Dunmore.

Coach Henzes didn't want to speak about the controversy.

Before the game, without their coach leading them, the players knelt and said their own prayer.

The players and even some fans say they plan to continue praying on their own before games, making it the new tradition at Dunmore.

"I think the new tradition is great because they can't do the other one, it's the law,” said Sylvia Rinaldi of Dunmore.