In a Quiet South Montrose Field, Memories of a Dark Day

BRIDGEWATER TOWNSHIP — Sixteen years after the 9/11 attacks, the nation remembered, and those gathered on a field in South Montrose promised to never forg... 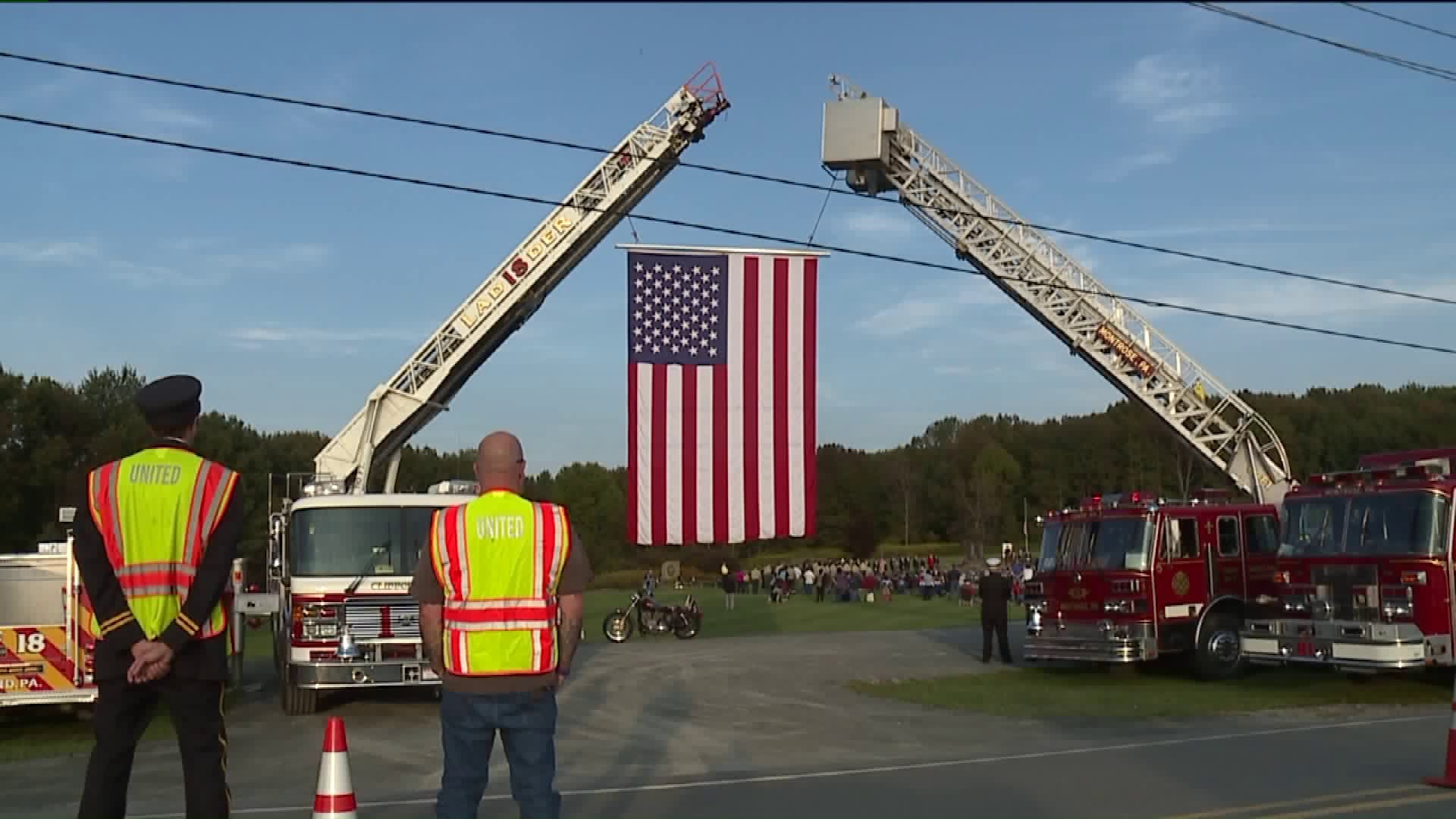 BRIDGEWATER TOWNSHIP -- Sixteen years after the 9/11 attacks, the nation remembered, and those gathered on a field in South Montrose promised to never forget.

"It feels like yesterday. When you see it on TV, it just brings back all the memories of that day,” said Barbara Summers of Hallstead.

Doug Evans of Great Bend had his Harley specially painted with the twin towers so he would never forget.

"It's hard to believe that it was that long ago, and it's still just as fresh in my mind,” he said.

The memorial is in honor of 25-year-old Daniel Crisman, who died in the World Trade Center. His mother built the memorial on her family's farm, and each September, she organizes this ceremony.

"I think it's important that we do remember and we do come together as a community to help us into the next day,” said Debbie Crisman.

Six stones at the memorial site bear the names of everyone killed on 9/11, nearly 3,000 people.

This year's speaker was Montrose-area native and naval commander Jamie Burts, who survived the attack at the Pentagon, but lost friends and co-workers.

"I'm grateful I'm still here, but I'm very grateful I got to know those people. They were good people doing the nation's business,” he said.

Debbie Crisman is grateful the special place and the ceremony bring peace and reflection to the community.

She says it would make her son happy.

"Too many people have died, civilians and military have died fighting the war on terror. We have to remember September 11th,” said Command SGT Major Don Robinson of the U.S. Army.