“I Read, You Read, We All Read for Ice Cream”

WILKES-BARRE, Pa. — Kids at Kistler Elementary School were rewarded for reading over the summer with ice cream. What better way to end the summer season t... 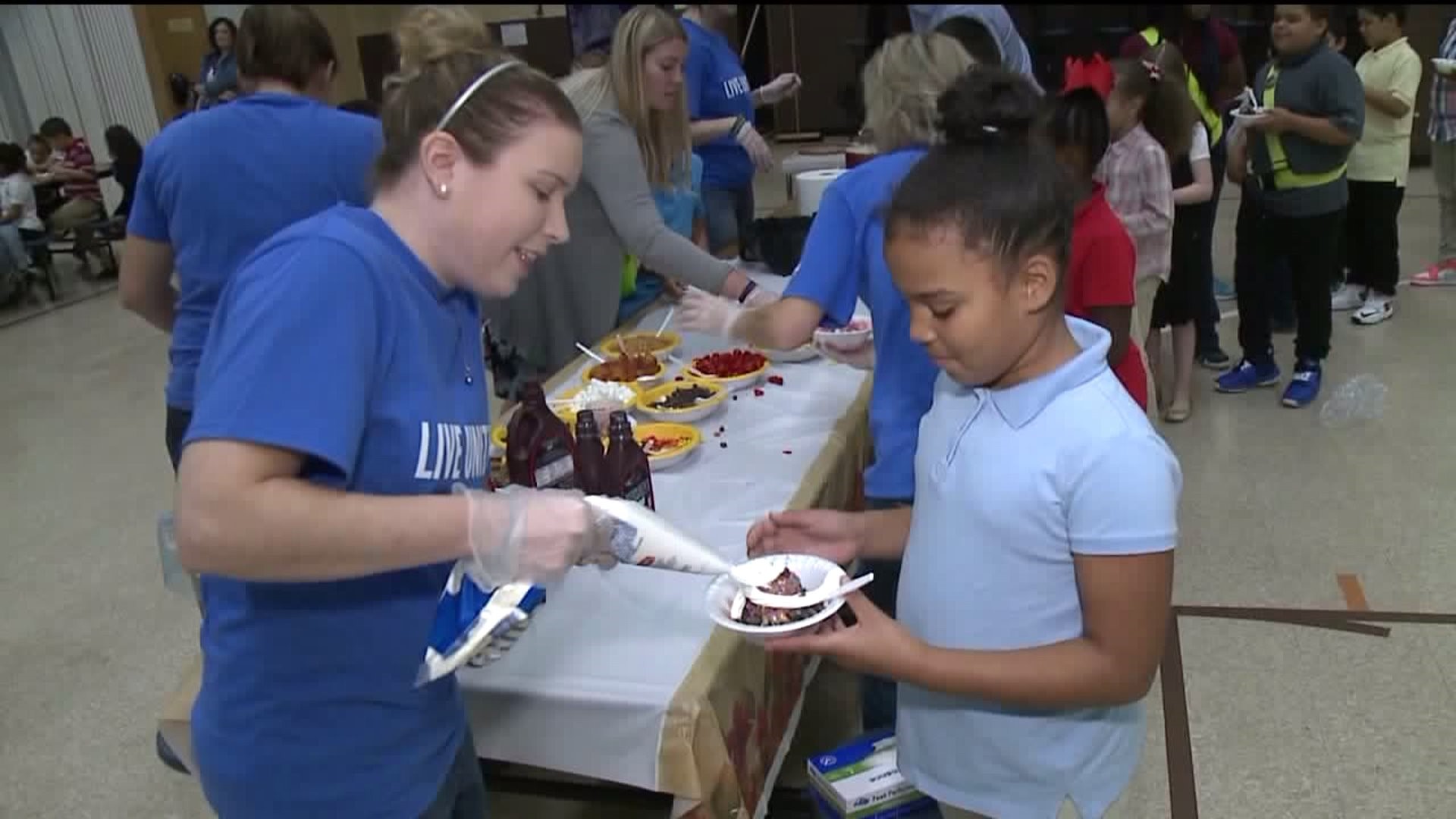 WILKES-BARRE, Pa. -- Kids at Kistler Elementary School were rewarded for reading over the summer with ice cream.

What better way to end the summer season than with an ice cream party?

"I was getting really excited because I've never had an ice cream party before and this is going to be my first one," fourth grader Teagen Butler said.

The students at Kistler elementary school in Wilkes-Barre actually earned an ice cream by reading over the summer. More than 140 students participated in the United Way's "I Read, You Read, We All Read For Ice Cream" event.

"Reading is everything for us here," Kistler Elementary School principal Margo Serafini said. "We encourage it. It stimulates their minds. It, you know, takes them to different places."

At the end of the last school year, the United Way gave all of the students books to read over the summer. This is the second year the school has had the ice cream party. The United Way says there were twice as many kids this year.

"The joy in their face when they receive a book is so excited," Serafini said. "As I said, The only way to describe it, it's like Christmas. Everybody walking around with a smile and they're so happy to receive a book to read."

The kids had to read at least six books to participate in the ice cream party.

The principal said she's hoping to get even more students next year. Her goal is to get 500.