COVINGTON TOWNSHIP–*Disclaimer: We want to warn you, some of the video in this story may be upsetting to some viewers.* Today marked the third day of rifl... 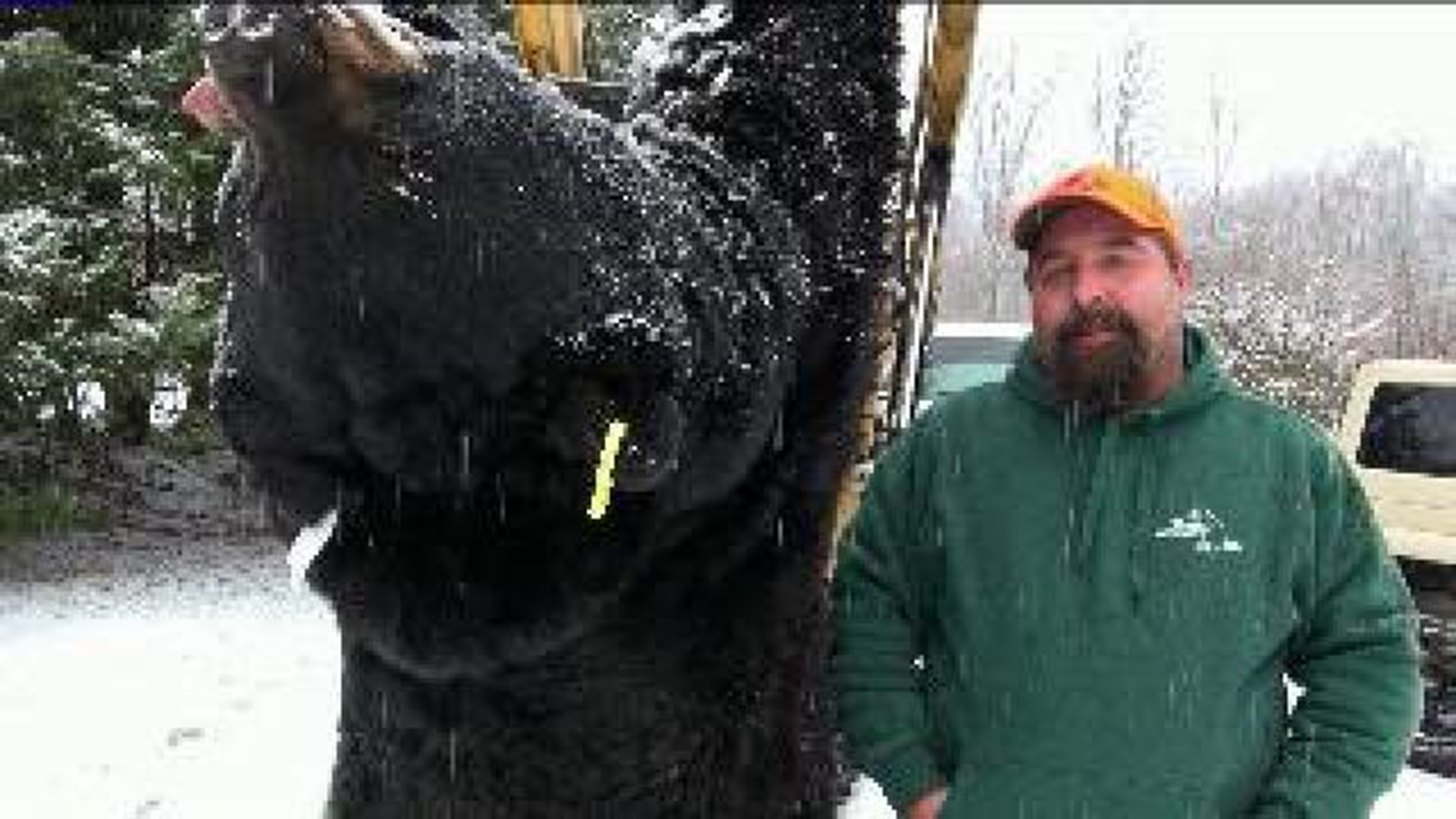 COVINGTON TOWNSHIP--*Disclaimer: We want to warn you, some of the video in this story may be upsetting to some viewers.*

Today marked the third day of rifle season for hunters looking to bag a bear this season.

One hunter in Lackawanna County got his this week... a black bear weighing almost 800 pounds.

"I couldn't believe how big it was. It's big," Daniel Beavers of Covington Township said.

So far it's the largest bear taken in Pennsylvania this season, and it was shot near Daleville in Lackawanna County.

"I wasn't even going to go hunting. First drive of the morning he just came right out to me and I shot him," Beavers said.

Beavers said the skull of the bear will be measured to see if it breaks a world record.

Meanwhile in Monroe County... we found Edward Nesfeder getting his bear weighed at a station near Tobyhanna.

He says this is his first bear after decades of hunting.

"It's pretty exciting. It's something you don't expect. I've seen other ones in the woods but this is the first one that came close enough," Edward Nesfeder of Allentown said.

Spotting a bear this season hasn't been in everyone's favor.

David Shupe and his brother Phillip haven't had much luck.

"You know we've done our hunting in our younger days and now we're getting to the point where we like being in the woods for excercise. I like seeing the game, if I can see some," David Shupe of Tionesta said.

Some hunters we talked to say the best time to hit the woods to go hunting for bear is when there is lots of snow on the ground.

They say the white stuff really helps when it comes to looking to bear tracks in the woods.

"Yeah this is the best time of weather to be out hunting because at least you can see some tracks in the woods of what's going on and what's moving around," Phillip Shupe of Levittown said.

Officials with the Pennsylvania Game Commission say its been a busy few days at the bear check in station near Tobyhanna.

They expect it to stay that way until the end of the season.

"I think we'll do well. With the bear season running through the deer season, I think hunters will have ample opportunity to harvest a Pennsylvania black bear," Ryan Gildea, wildlife conservation officer with the Pennsylvania Game Commission said.