WILKES-BARRE — Demolition work on a Luzerne County landmark is nearly complete. The historic Hotel Sterling in Wilkes-Barre was torn down in just five day... 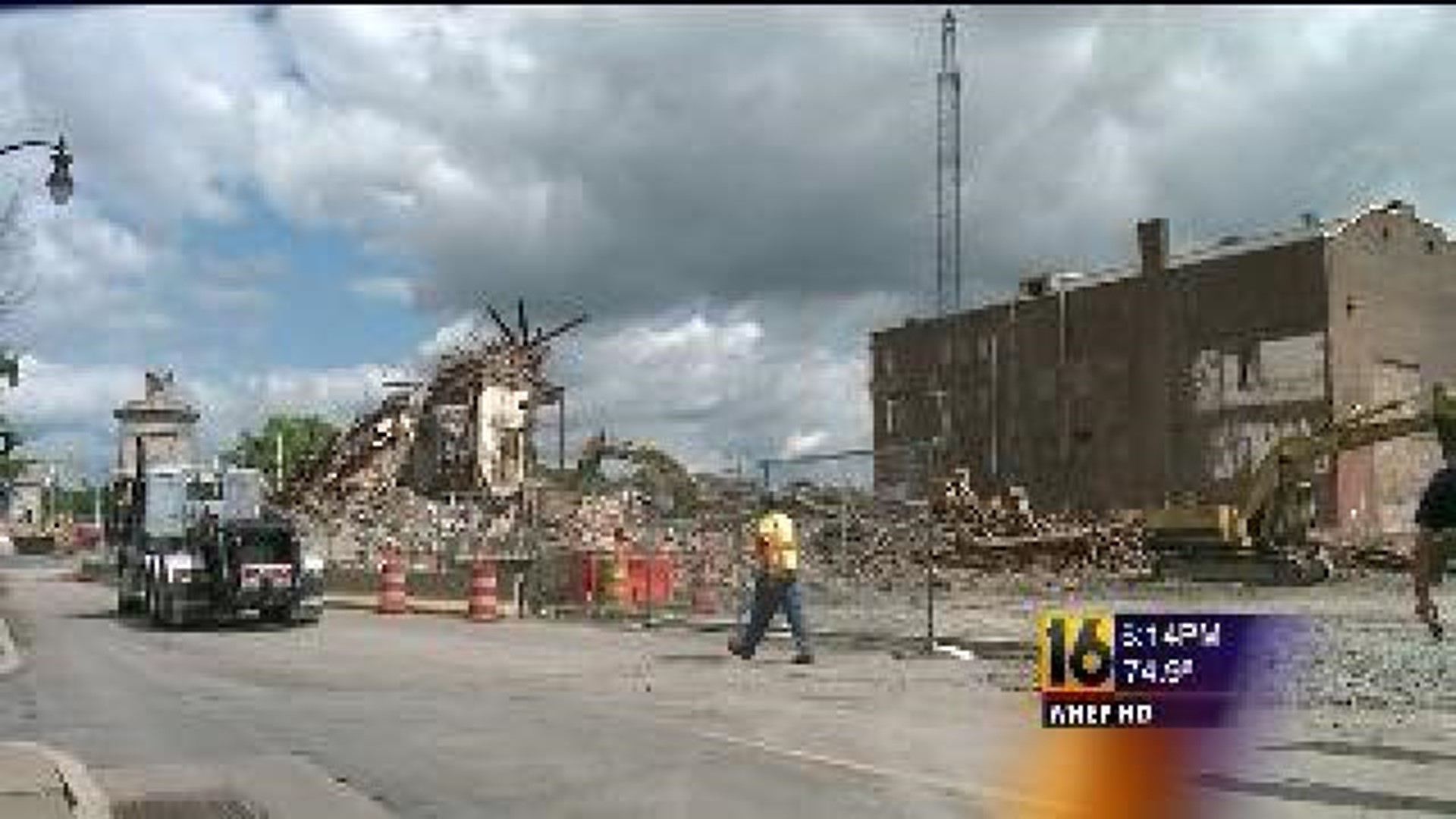 There's plenty of mixed emotion over the quick demolition and the changed skyline for the city of Wilkes-Barre.

The view now looks quite different. For the first time in more than a century the Hotel Sterling is no longer a part of the Wilkes-Barre skyline.

The building is gone but contractors say there are still weeks of work ahead.

Some of the heavy equipment is already leaving the Hotel Sterling site in downtown Wilkes-Barre after just five days of demolition work. Contractors are hauling away steel beams and other material that supported the once-luxurious Hotel Sterling for 115 years.

"It's sad that it had to go because it was a nice building, but I think it's seen its day," said John Burke of Kingston.

Burke says he's disappointed to see the landmark come down but looks forward to traffic returning to normal once the downtown detours are lifted.

"It'll be nice. It'll be a little bit less on the traffic and everything like that. It gets backed up, especially during the rush hour time."

Even though the historic landmark is down, contractors say there are still weeks or work ahead to stabilize the foundation walls underground. Those walls have helped support North River Street as well as Market Street, for more than a century.

Contractors say they expect work to backfill the lot and clear out the debris to take about four more weeks.  Workers say they should be done well before the 60 day deadline that was agreed to in a $419,000 demolition contract with the city.

Many people stopping to watch or snap pictures say it's upsetting that the Sterling couldn't be saved. Others are glad that the hotel is history.

"When you walk across the bridge it's like the whole, it's totally different. It's much nicer. I'm sorry but it looks nicer. But the building was too old. It had to come down," said Josie Luhrs of Kingston.

The city says street closures around the Hotel Sterling are being determined on a day-to-day basis. The traffic patterns that have been in place around the hotel site for months   should be a thing of the past by September.