POTTSVILLE, Pa. — An engineering company with a branch in Pottsville claims to have set a new Guinness Book of World Record over the weekend — all b... 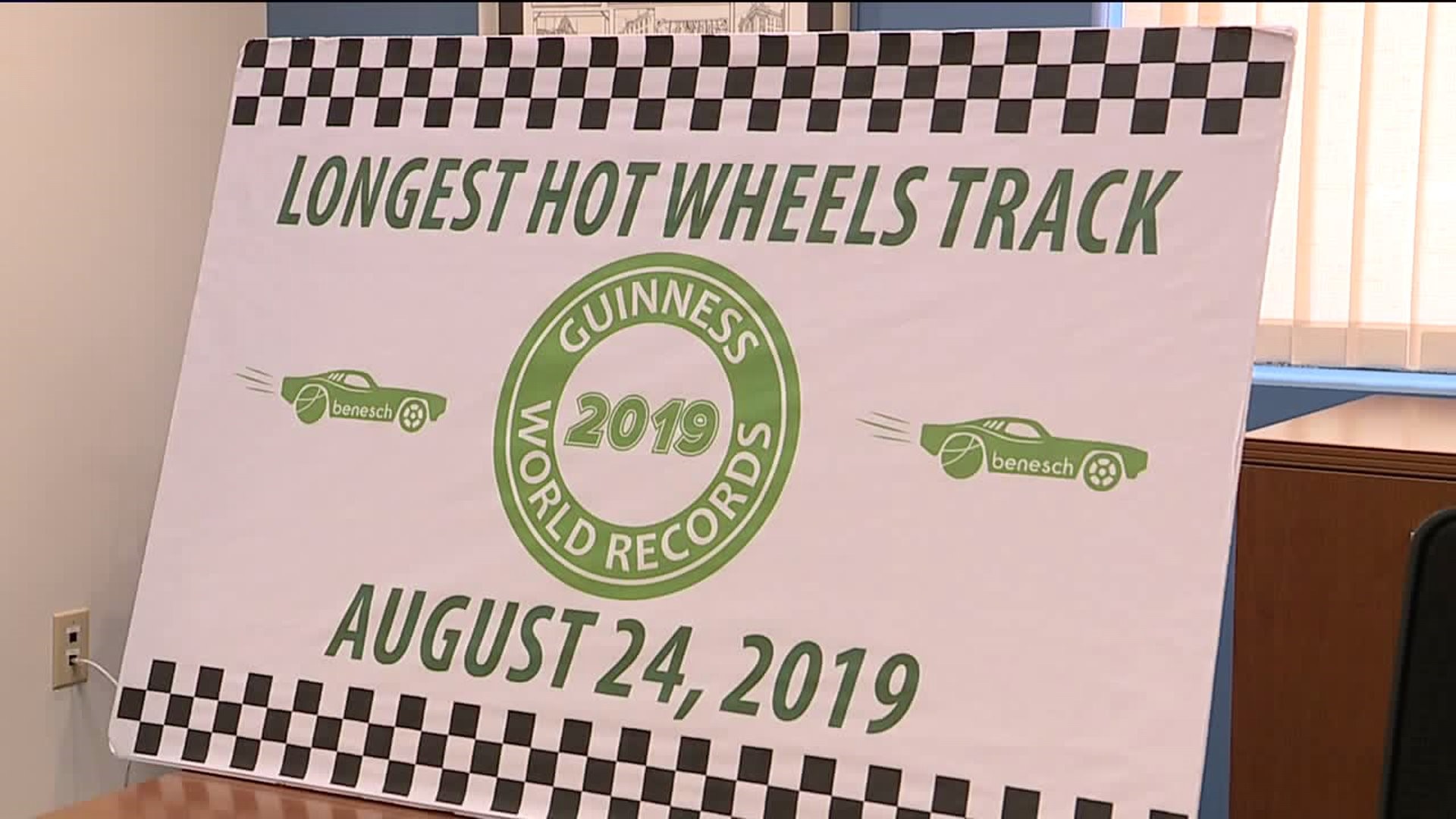 POTTSVILLE, Pa. -- An engineering company with a branch in Pottsville claims to have set a new Guinness Book of World Record over the weekend -- all by using thousands of feet of track and a small toy car.

"Eventually one day, the question came up from Jack: 'how long of a track can we make?' and I said 'I'm not sure, why don't we look up to see how long people have made tracks. The first thing that popped up was the Guinness record and I said, 'I think we can beat that,” Benesch engineer John Knecht said.

Back in February, an idea was born. Benesch engineer Jason Knecht and his son Jack wanted to break that Guinness Book of World Record for the longest Hot Wheels track. And over the weekend they claim that they did just that.

"Part of the process is going to Guinness and notifying them that you're going to be attempting the world record and then getting approval from them to attempt the world record,” Knecht said.

Using nearly 1400 pieces of this track along Buckhorn Road near Minersville, Knecht sent a hot wheels car down the road that ended up traveling 2,176 feet, surpassing the previous record of 1,838 feet set in Russia last year. Around 100 people gathered together as local police shut down the road in Foster Township. Benesch, an engineering company with a branch in Pottsville funded the project, even holding workshops for kids throughout the process.

"It was a great introduction to the principles of science and engineering for young kids. It was great to see almost 50 children there on Saturday morning,” Benesch chairman Greg Brennan said.

As for the next steps, John is gathering all the information from Saturday and emailing that to the Guinness Book of World Records, so it can confirm that the world record was in fact set.