A hospital in Schuylkill County banned from admitting new patients got more bad news Friday. The Pennsylvania Department of Health expanded the ban to include e... 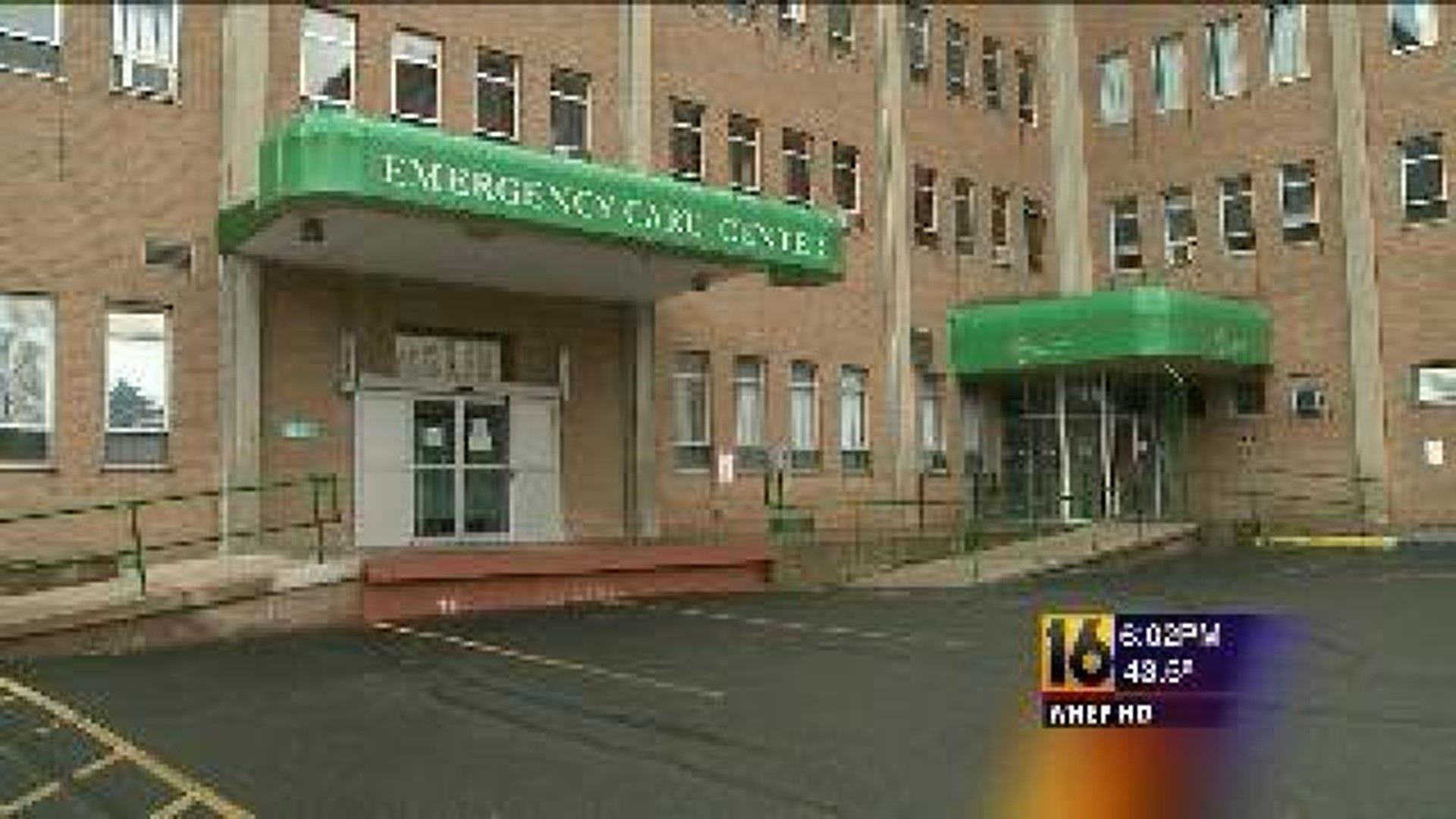 A hospital in Schuylkill County banned from admitting new patients got more bad news Friday. The Pennsylvania Department of Health expanded the ban to include emergency room and out-patient services.

Saint Catherine Medical Center admitted its first patient in 1883, according to its website, but now, closed signs on the doors mean no new patients for the long-time hospital near Ashland.

Charlette Trotta brought her 2 1/2-year-old daughter to the emergency room, only to find the doors locked.

"My daughter`s sick. She has crackling in her chest, she`s up puking all night long. She`s running a fever. This is ridiculous, she can`t be seen," said Charlette Trotta of Shenandoah.

Last week, the PA Department of Health banned new patient admissions at Saint Catherine's after a compliance investigation into state license and federal Medicare and Medicaid regulations revealed violations it felt posed a threat to the health and safety of patients.

With the emergency room and out-patient services now closed, signs on the door direct patients to the nearest medical facilities in Pottsville and Shamokin, each about 15 miles away.

"It`s a shame because if something happens and they need a place in a hurry, a person could die going all the way to Pottsville or Shamokin or Geisinger," said William Rock of Gordon.

William Rock and his two children were born at the hospital.

"It was very convenient. It’s only a matter of five minutes away if you had an emergency," he said. "I hope that it opens back up and they could use more specialists out there."

The health department said no patients are currently in the hospital.

The ban does not affect about 30 patients of Saint Catherine`s long-term care facility, but the department asked that a temporary manager be appointed due to financial ties to the hospital.

"We don`t know how long it`s going to be. We`re just taking it day by day," said Bill Murray, who works in the hospital's dietary department.

Bill Murray is one of the few employees who remain.

"I`d say close to 200 we had in the beginning. I`d say there`s probably about 50 left. So we`re waiting to see what happens. I`ll keep on coming to work until they lock all the doors," Murray said.

Several employees tell Newswatch 16, in addition to the issues at the hospital, there have also been problems with paychecks.

"We’re still expecting our last paycheck if they close, so we hope we’re not working for free right now," added Murray. "The last one was a little late, but we got it. We’re waiting to see what happens with the next one. We’re trying to get by."

Officials said the Department of Labor and Industry has been contacted to help employees who may be affected.

In a statement, a hospital spokesperson said, "It is a sad day for employees and the community."

The future of the hospital is uncertain.