BRADY TOWNSHIP, Pa. — Wednesday, September 28, marks three months since a truck driver from Columbia County died in a crash on Interstate 80 near Milton. ... 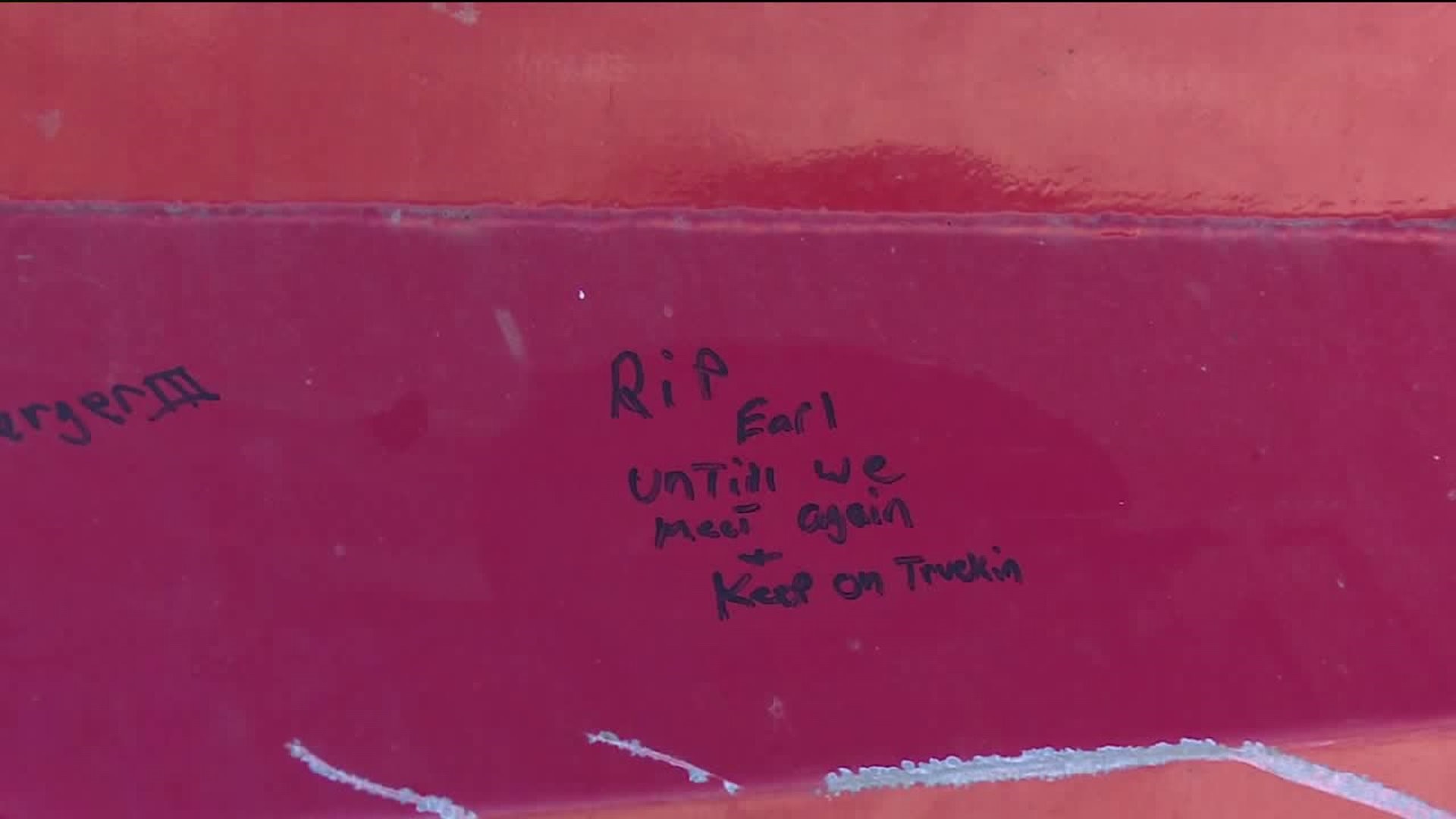 BRADY TOWNSHIP, Pa. -- Wednesday, September 28, marks three months since a truck driver from Columbia County died in a crash on Interstate 80 near Milton.

Truck drivers from all over central Pennsylvania honored his memory with a special tribute.

74 year-old Earl McCormick was driving along Interstate 80 when his usual route for Knorr Hauling was cut short.

He was killed in an 8-vehicle pileup after two cars and a tractor trailer crashed due to heavy rain.

"I always said he was gonna work until the day he died, and he did," said Dawn Mccormick, Earl's daughter.

To honor his memory, Earl's fellow truck drivers finished the trip for him Wednesday, bringing his truck back to the Lycoming County Landfill near Allenwood.

Earl was on his way back to the landfill at the time of the accident.

All of the garbage he was hauling remained in his truck until Wednesday.

This was the first time Earl's wife, Dot, and daughter, Dawn, had seen the damage from the accident.

"The truck was bad. I knew it was bad, but I didn't know it was gonna be that bad. I wasn't expecting that," said Dawn.

"I knew it looked bad, but when you're up close to it, it's a lot different," said Mccormick.

Tim Burke, Mayor of Berwick and Earl's co-worker at Knorr Hauling, has taken over Earl's route since the accident.

"Not a day goes by when I don't pass the accident site on Interstate 80. You just can't tunnel vision yourself through that. It's something. It's something you'll never forget, it'll never go away," said Mayor Burke.

With that memory fresh in their minds, many of Earl's co-workers stayed past the end of their shift Wednesday to say goodbye to Earl.

Dawn also said goodbye in her own way. She wrote that she loves and misses her father on the truck where her father spent his final moments.

"He'd say this is nuts! I don't need all this attention," said Dot.

Instead, he'd probably want to do exactly what this message from one of his co-workers says to do - "keep on truckin."