HONESDALE, Pa. — Dylan Fuller, age 7, of Honesdale got a special award for his bravery from Honesdale fire officials Thursday morning. They said the secon... 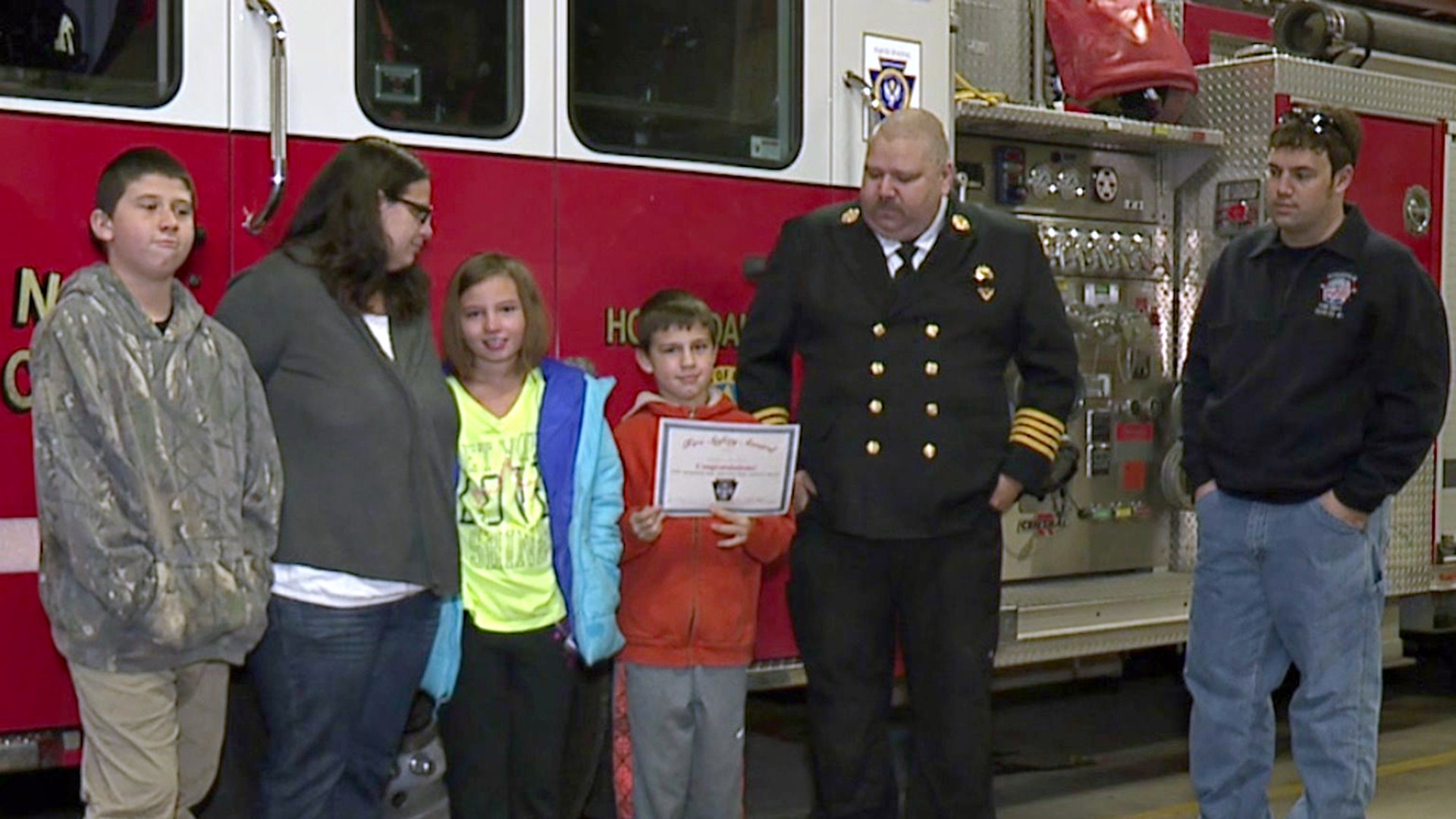 HONESDALE, Pa. -- Dylan Fuller, age 7, of Honesdale got a special award for his bravery from Honesdale fire officials Thursday morning.

It was October 23, just before midnight when the smoke alarm sounded in the room Dylan shares with his 12-year-old brother in their East Street apartment.

Dylan got out of bed, ran into his mom's room and woke her.

"He's like waking me up, 'Mom! Can you shut that noise off!' and I'm like 'That's the fire alarm,' and that's when, at that point, I could hear popping," said Melanie Deighton of Honesdale.

The family got out fast; Dylan, his mom, his brother, and sister.

They tried to wake their neighbors, too.

Dylan says he learned what to do in school.

"In our eyes, it's a very true success story and it makes us proud and today we wanted to honor him,” said Honesdale Fire Chief Steven Bates.

The family was forced from home and everything in the boy’s room was destroyed.

"It was amazing, because we're lucky we're here because of it, the smoke, was so bad,” said Deighton.

A fire fund has been set up for the Deighton/Fuller family at Honesdale National Bank.