TRUCKSVILLE – In one day 19-year-old Cody Lee went from being charged with homicide, to having that charge dismissed, to being re-arrested and charged yet again... 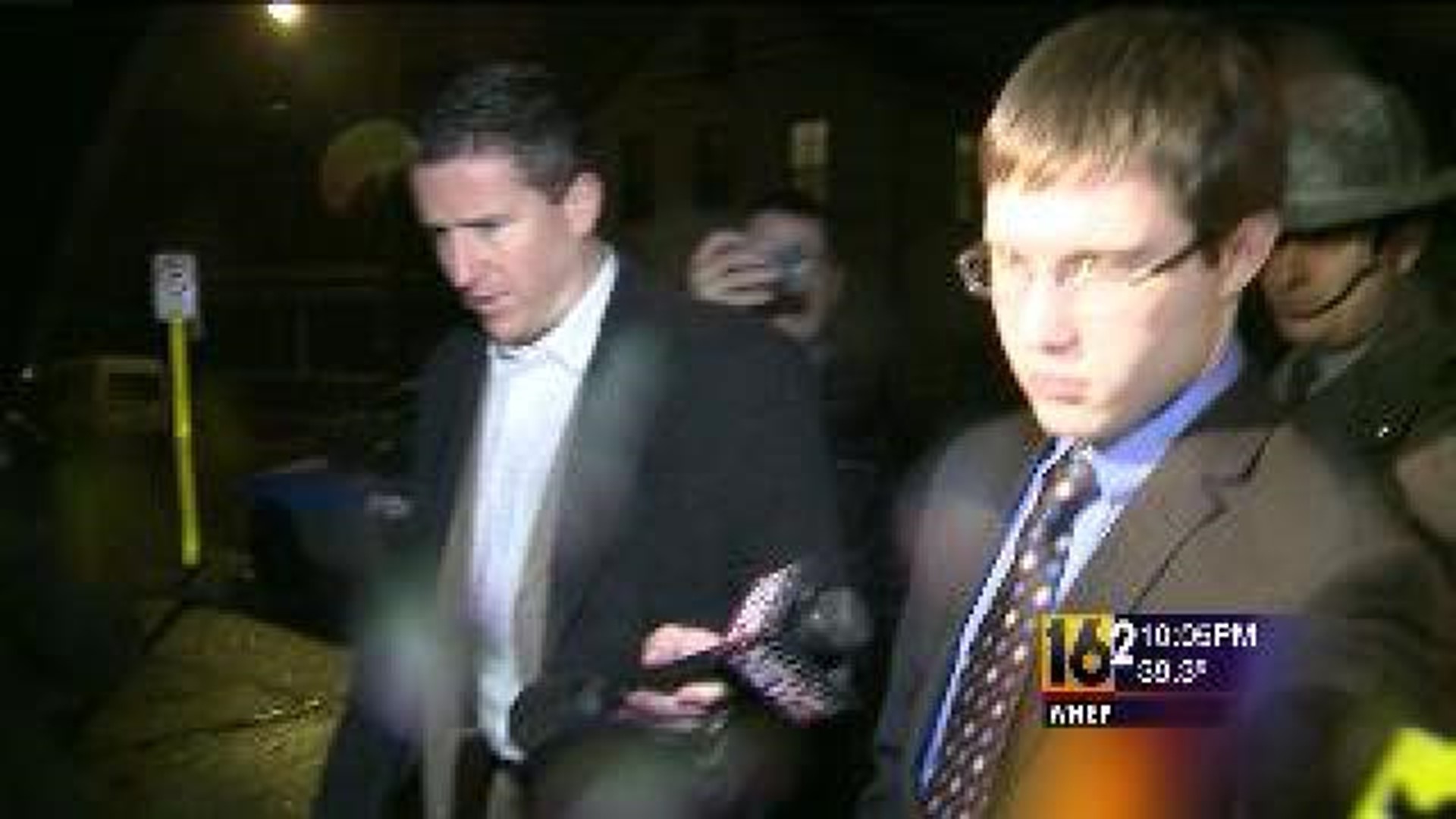 TRUCKSVILLE – In one day 19-year-old Cody Lee went from being charged with homicide, to having that charge dismissed, to being re-arrested and charged yet again for the same crime.

For the second time, Lee is charged with shooting and killing his great-grandfather in the Dallas area in 2009.

Investigators said Cody Lee planned to kill his great grandfather, Herbert Lee, and his own father, Scott Lee, going so far as to draw a map of the house and write a list including:

Despite that evidence, District Magistrate James Tupper decided Friday that there was not enough evidence to send Lee's case to trial.

The charge was dismissed.

Seconds later, Cody Lee was re-arrested and taken to the state police barracks in Wyoming.

Cody Lee's attorney, Peter Paul Olszewski called for a special hearing in court after his client was taken away, arguing for Lee's release.

A county judge denied the request.

"They weren't happy with what happened and they took it upon themselves to take Mr. Lee into immediate custody, to handcuff him and to remove him from the courtroom without any warrant, without any paper and without any new probably cause their case had just been dismissed. They were't happy with it," said Olszewski.

He said he what has happened in this case is prosecutorial misconduct and he will file a motion and ask that the charge be dismissed.

Prosecutors, however, said they have more than enough evidence to prove Cody Lee is a killer.

According to court papers, a friend of Cody Lee's watched him fight with his great-grandather that day in 2009 and then watched from outside the house as Lee held a 'long gun' and fired.

"The defense counsel, being a former judge and former district attorney, I believe he has forgotten some of the rules of criminal procedure and I also would like to say that a homicide charge is a non-bailable offense," said Luzerne County district attorney Stefanie Salavantis.

Jackie Musto Carroll was the district attorney in 2009 when Cody Lee was first arrested and charged. She called what has happened since then shocking.