POTTSVILLE — A shelter has been set up at Trinity Episcopal Church in Pottsville because of the storm for those who lose power, heat, or are homeless. Eil... 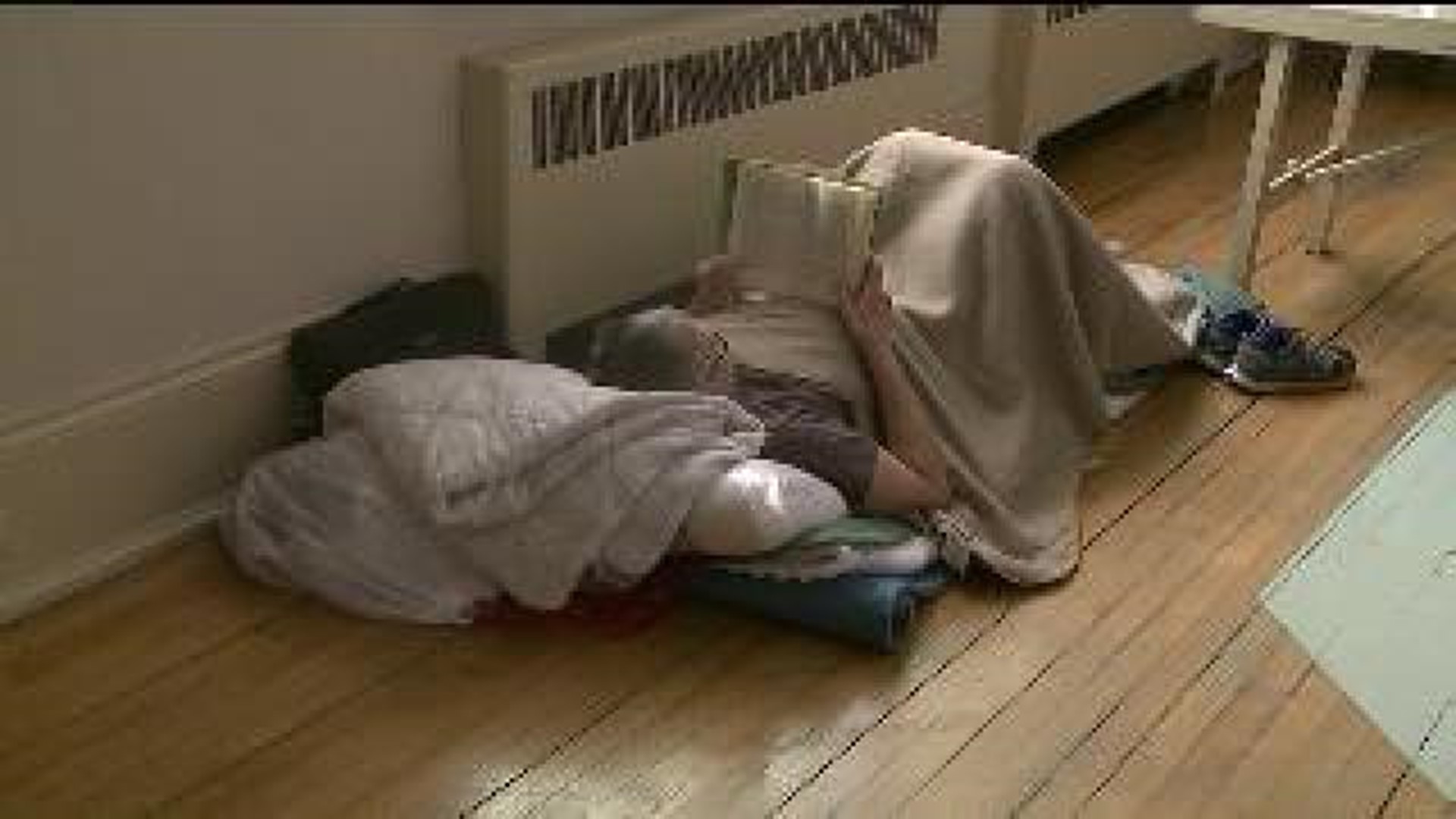 POTTSVILLE -- A shelter has been set up at Trinity Episcopal Church in Pottsville because of the storm for those who lose power, heat, or are homeless.

‘What they`re doing for me is great because I am in a lot of pain.”

Bobb explained that being exposed to the elements caused her fingers on both hands to get frostbite.

"Thank goodness for this place I can sleep here at night. That`s the good part, otherwise I am stuck outside."

The people at Trinity Episcopal are looking for places so they can expand the shelter operation specifically for the homeless.

Theresa Gaffney is a volunteer.

"We are hoping to host at a week at a time the different facilities and to continue this throughout the rest of the winter," Gaffney said.

Gaffney believes there are more people like Eileen Bobb who are forced to live outside in the frigid temperatures.

“(Being homeless is) not a fun game to play. It's a matter of being outside and eating and surviving out there,” Bobb said.

If you think you can help the shelter program, give the folks at Trinity Episcopal in Pottsville a call at 570-622-8720.