Heated Debate Over Syrian Refugees in the United States

SCRANTON — As people continue to mourn the loss of those killed in last week’s terror attacks, lawmakers in the United States are questioning whethe... 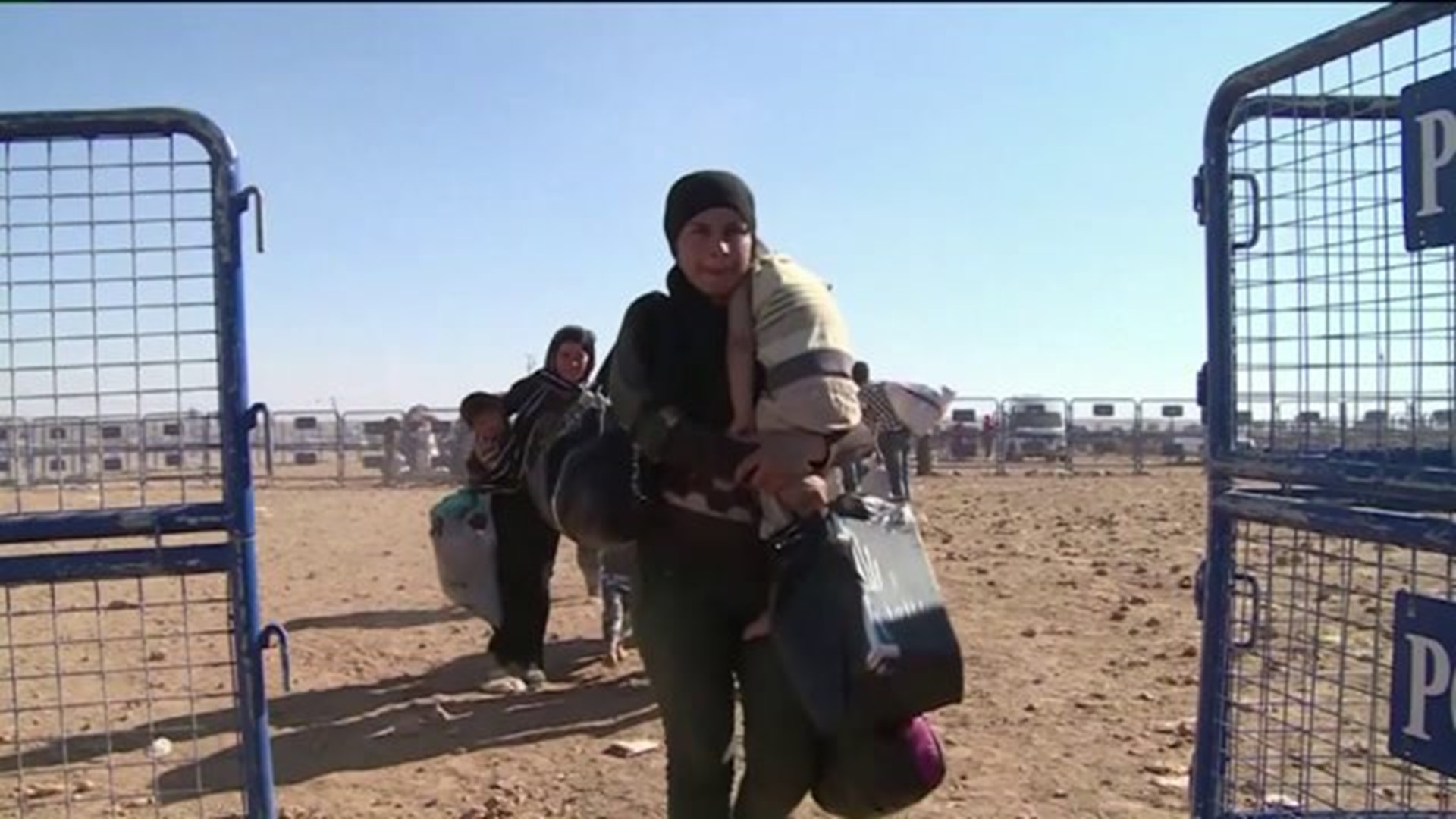 SCRANTON -- As people continue to mourn the loss of those killed in last week's terror attacks, lawmakers in the United States are questioning whether Syrian refugees should still be allowed here.

"We here in the United States, we have to re-examine the security protocols we use for admitting Syrian refugees and until we have done that we should suspend the program," Senator Pat Toomey said in an interview.

Dr. Gretchen Van Dyke, a political science professor at the University of Scranton says she understands a lot of people are worried about members of ISIS making their way to the United States. However, she says the issue shouldn't prevent taking in refugees, just like it hasn't been an issue in other countries.

"The incident in Paris is one that scares us naturally, but we also have to look at the fact that there have been others. Hundreds of thousands of people who have entered Europe and there hasn't been a mass set of instances," Dr. Van Dyke said.

Within a few days, more than half of the governors in the United States have expressed that they do not want Syrian refugees.

"It's tearing my heart apart to hear fellow Americans say that we have to keep these terrorists from the country, when we're talking about widows and orphans," Wolf said.

Dr. Wolf is the executive director of Campus Ministries at the University of Scranton. She also serves on a committee called "The Syrian Refugee Crisis Committee" that the school formed in September. She says a lot of people don't understand that taking refugees in is saving lives.

"Many of the men have been murdered in Syria, so many of them are just women and children fleeing. They are trying, and fleeing their native land think about it, they're leaving their homes and families and where they grew up, the places where they buried their families and ancestors," Wolf said.

In the wake of the terror attacks, Dr. Van Dyke says the growth of ISIS is definitely a concern. She doesn't think banning refugees is the solution.

"We're talking about something that, yes, it's a possibility but the fact of the matter is that there is individuals in this country that already sympathize with ISIS that have American passports," Van Dyke said.

U.S. Senator Bob Casey released a statement Tuesday saying: "The United States has a rigorous process for vetting refugee applicants which includes several interviews by US officials, and security checks."

He described it as the most rigorous vetting process in the world which takes over one year.

He ended saying we cannot turn our back on Syrian refugees because turning them away is inconsistent with our principles as a nation.