OLD FORGE — Ten years ago, a 40-year-old prosecutor from Indianapolis was diagnosed with early-onset Parkinson’s Disease.  A friend of his, a boxing... 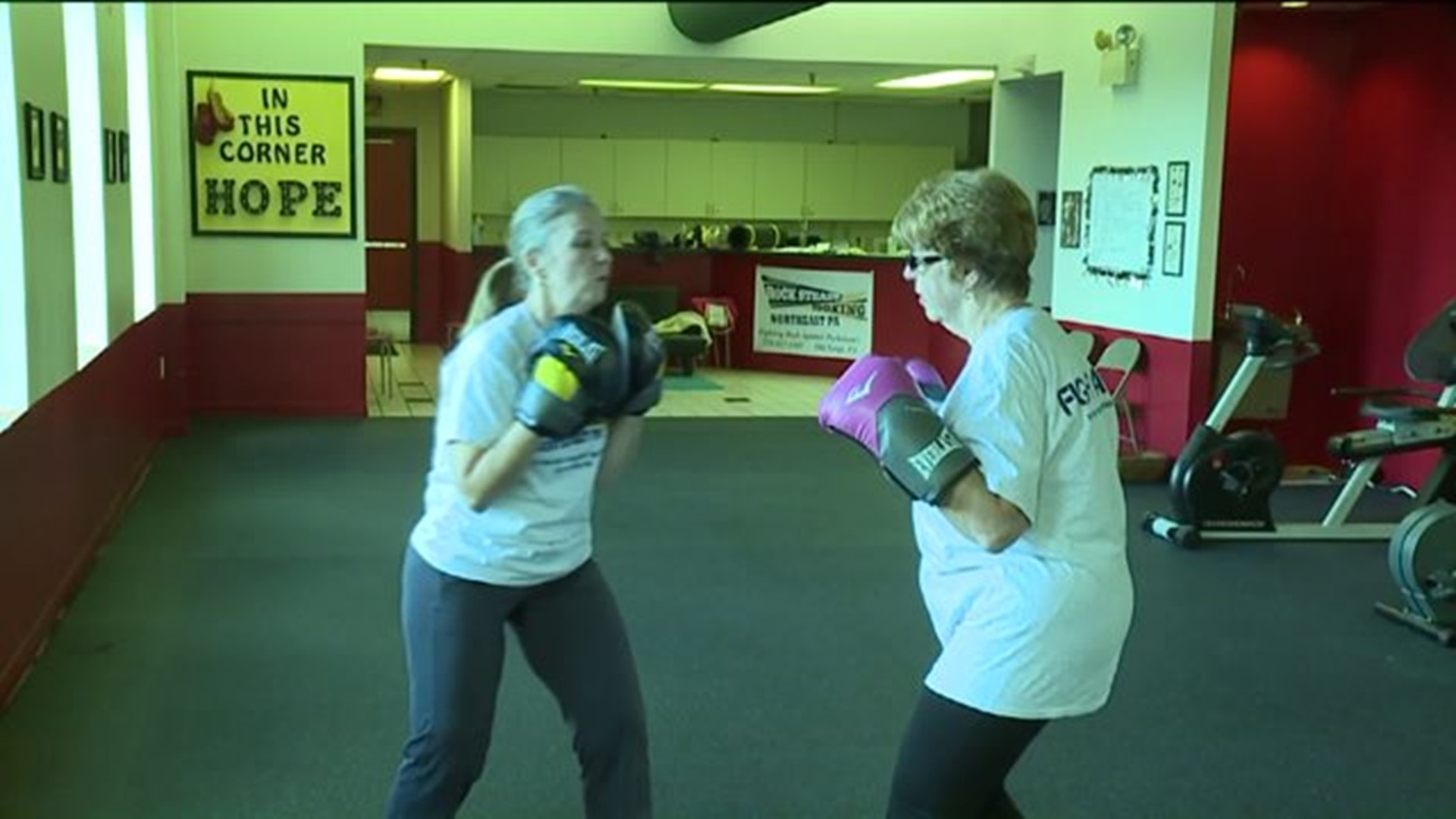 OLD FORGE -- Ten years ago, a 40-year-old prosecutor from Indianapolis was diagnosed with early-onset Parkinson's Disease.  A friend of his, a boxing coach, began working with him to keep him fit and found that his symptoms became more under control.

That's how Rock Steady Boxing was born, and there's now an affiliate in northeastern Pennsylvania.

The sign that hangs in the gym at Rock Steady Boxing Northeast PA reads "and in this corner - hope."  It has been open since August in Lackawanna County, and Kathy Reap is responsible for that.  When her husband John was diagnosed with Parkinson's Disease last year, she searched for help.

"I know how the disease progresses," Kathy said, referencing her background in physical therapy.  "But what could I do about it today?  What do we do, does John do, to slow down the progression of the disease?"

The answer was boxing.

Kathy checked out the national nonprofit Rock Steady Boxing, a gym built specifically for fighting Parkinson's disease.  She got certified as a coach and opened a gym in Old Forge.  She describes it as a non-contact, boxing-inspired fitness program, built on the same skills real boxers work so hard to master.

"It increases their balance, hand-eye coordination, agility, power, speed, mental focus. They have to be aware of what goes on in the ring so they don't get hurt.  All those things benefit someone with Parkinson's," Kathy told us.

So far there are 14 boxers who work out at the facility, and they take classes at one of three different levels.  One of those boxers is Kathy's husband John.

"It keeps the tremors down so when you're doing the exercises you don't ever feel the tremors. And that extends itself through every day and the next morning, so if you work hard enough long enough it does help," John said.  "A lot of the camaraderie is extremely helpful too. Depression is one of the main things with Parkinson's. If you have a support group you're already that much better off," he added.

Leslie Decker first saw Rock Steady on a national news program and was thrilled to find it so close to home.  She now comes three times a week.

"I love it. I love it. It's great. I'm looser. I can move more fluidly, and it gives me a sense of accomplishment," Leslie told us.

They might not be able to cure Parkinson's Disease, but they are choosing to fight back against it.

Rock Steady Boxing is open to anyone with Parkinson's Disease, any stage of the disease, and their families.  For more information call 570-817-4307 or visit their website.