SCRANTON, Pa. — The amount of student debt that many med students take on when they graduate is staggering. Geisinger Commonwealth School of Medicine in S... 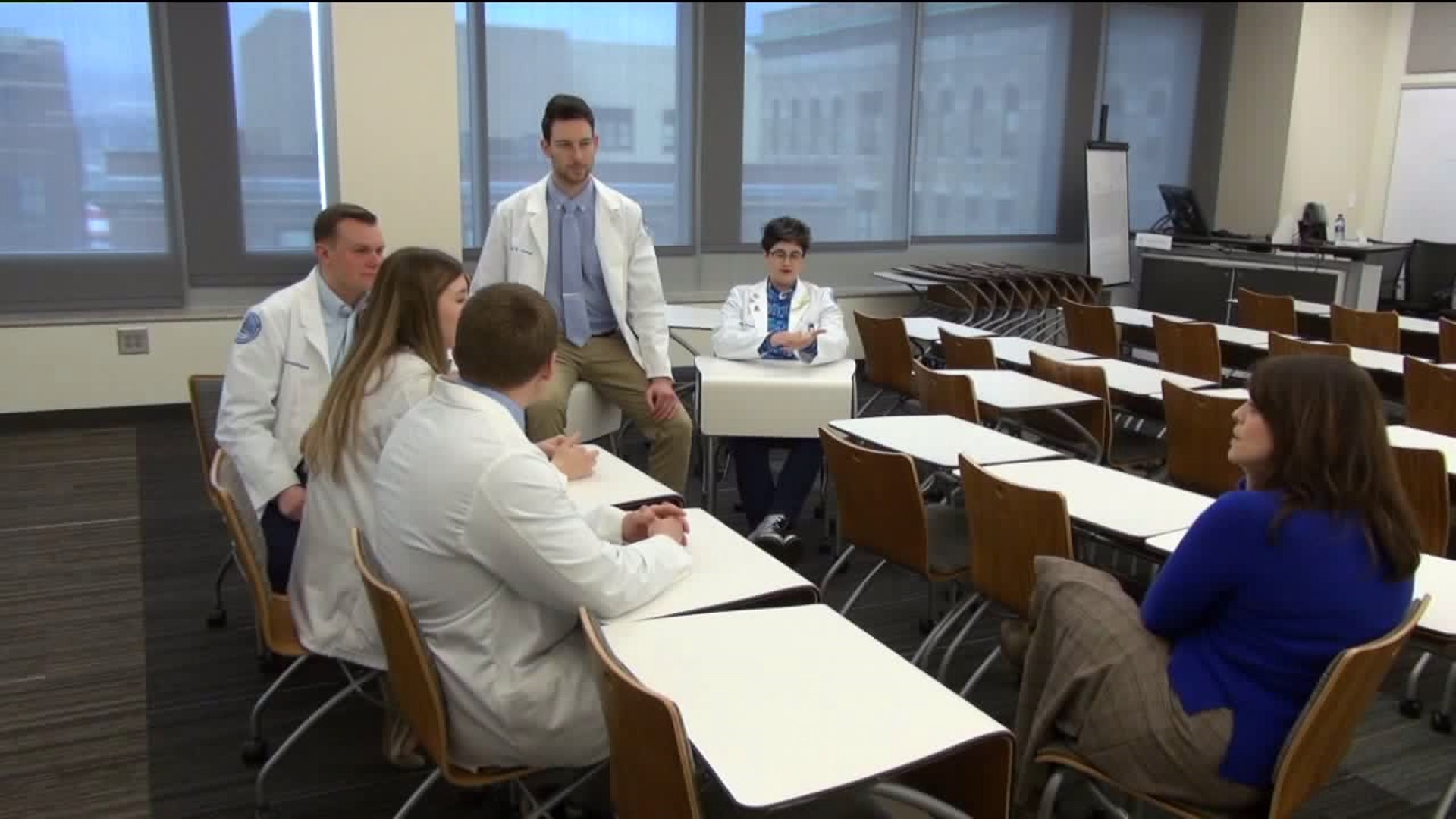 SCRANTON, Pa. -- The amount of student debt that many med students take on when they graduate is staggering.

Geisinger Commonwealth School of Medicine in Scranton is trying to combat that with a new program aimed at helping both deserving students and the hospital system's own future staffing.

It's one thing to train bright students to become doctors. It's another to entice them to practice in northeastern and central Pennsylvania.

But Dr. Steven Scheinman is working on it.

The Abigail Geisinger Scholars Program is brand new. It's, in fact, a new concept.

Dr. Scheinman is president and dean of Geisinger Commonwealth School of Medicine in Scranton. School officials have been working with the health system for about a year to put the new program in place.

"We are providing free tuition for 10 students in each class, in exchange for an obligation when they're finished with residency training, to work at Geisinger for four years," Dr. Scheinman explained.

The five new Abigail Geisinger scholars were chosen from a large pool of applicants. They shared their thoughts and possible future plans

Tara Fritz, a second-year student who is planning to get married, says no debt will allow her to start life sooner.

"It helps with family planning, knowing when I can get a house and do things that make sense to me outside medical school," Fritz said.

"Now that I'm back for med school and I know I'm going to be back in a couple of years, I've tried to engage in more activities, get to know folks who live here, to build that trust so when I come back, I'm able to effectively serve everybody."

Dr. Scheinman is thrilled to be helping the students but notes it's the community that will be helped in the end.

"That's our mission. This school was founded by this community to restore the physician workforce in the region," said Dr. Scheinman.

Abigail Geisinger Scholars are chosen based on a combination of financial need, merit, diversity, and the likelihood they'll stay in the area to practice medicine long-term.