Variety, a children's charity based in Pittsburgh, provides families with adaptive bikes and strollers for kids with disabilities. 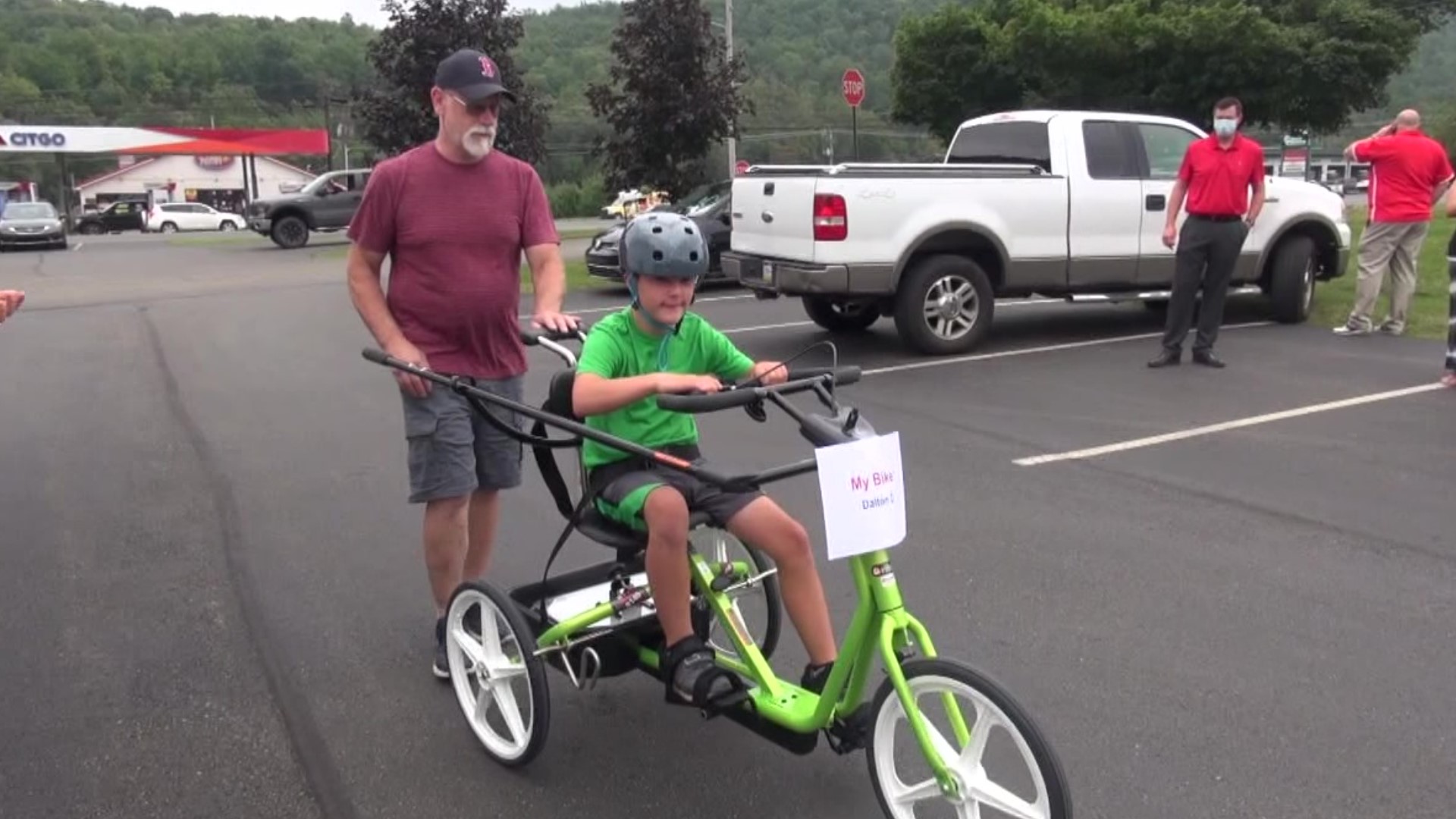 CANTON, Pa. — Dalton Draper of Williamsport has six siblings. His dad taught them all how to ride a bike. And Wednesday morning, in the parking lot of the Intermediate Unit in Canton, he taught Dalton how to ride one too.

"Just kind of live like everybody else. That's what he wants. He just wants to be a regular kid, and now he can be," Dalton's father, Duke, said.

"Gives him a lot of freedom now, a lot more independence," his mother Cindy added.

At Variety, a children's charity based in Pittsburgh, the saying is "helping kids be kids."

The charity gives specially-made bikes and strollers to children with disabilities in Pennsylvania and West Virginia.

"These are made for them. They're made with the accessories to allow them to safely ride a bike, just like every kid. Now they can safely join in with their friends, with their siblings," said Deanne Grover, Variety, the Children's Charity.

Nadine Castle got both a stroller and a bike at Wednesday's giveaway, and while the 10 year old from Canton is excited to ride with her sister and cousins, she is thinking even bigger.

"And it prevents pollution, too. That's why you should ride more bikes than cars," she said.

Variety partners with BLaST Intermediate Unit 17, an educational services agency serving Bradford, Tioga, Lycoming, and Sullivan Counties. Since Variety's adaptive bike and stroller giveaway is only a few years old, the charity is always looking for families who may need one, and BLaST is there to help.

"We also are excited. We feel like we're just getting started to be able to meet with families again and be able to continue to get the word out," said Christina Steinbacher-Reed, executive director of BLaST Intermediate Unit 17.

A few months ago, the occupational therapists at BLaST helped the kids get fitted for the right size and style bike or stroller, and helped them pick out the color, too.

"Oftentimes come dressed in the same color to match their bike, and they just love it. They're so excited to get their very own bike," said Occupational Therapist Ann Kehrer.

Variety gave away six bikes and four strollers just at the event in Canton Wednesday morning. If you are interested in finding out how to qualify for a bike or stroller, click here.

Today, Jase (and his awesome helmet) received his red My Bike from Variety - the Children's Charity of Pittsburgh. This...