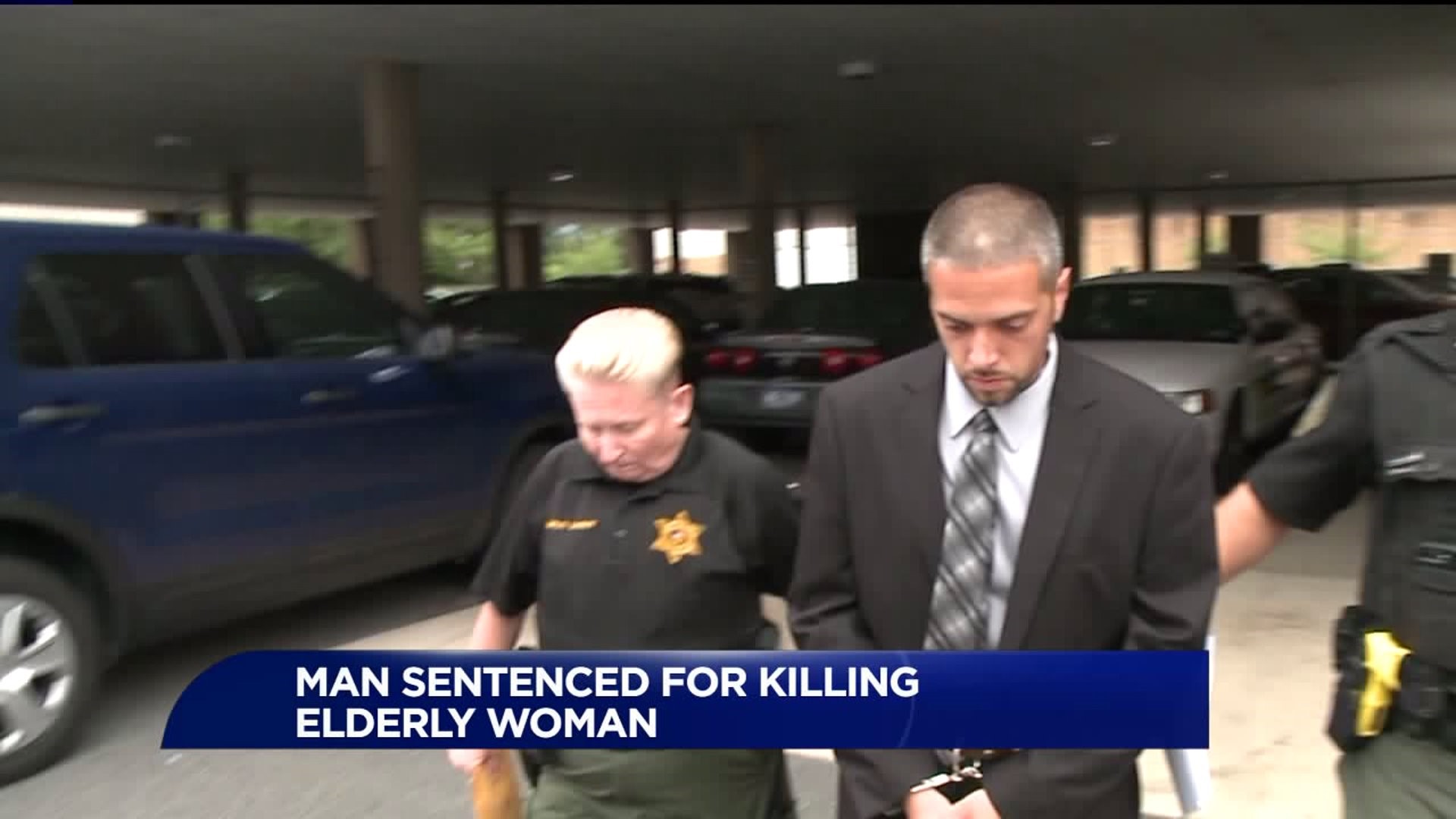 WILKES-BARRE, Pa. -- Christopher Ecker, 31, of Hazleton will spend the next four to eight years in prison for killing Rose Lombardo, 94, in June of 2017.

"She was just a one of a kind person," Lombardo's grandson Stephen Martonick said. "Anybody that ever met her just loved her."

According to the prosecution, Ecker was driving a Mustang on Hazle Township Boulevard when he rear-ended the car Lombardo was riding in, causing the driver of the car to lose control and run off the road.

State troopers determined Ecker was driving under the influence, was driving about 80 miles over the speed limit and had taken the car he was driving without permission.

"She was more like a second mother to me," Martonick said. "My mom was a single mother and I spent a lot of time with her."

Lombardo's grandson, Stephen Martonick, cared for the 94-year-old. Though, he said she didn't really need it.

"She was a fully functioning person," Martonick said. "She was driving up until three years ago and she helped raise me. She helped raise my children and you know she was helping with my son's children."

In the courtroom, Ecker's lawyer had many people who knew him to speak on his behalf. Ecker, himself spoke during the sentencing, expressing remorse for what he had done.

"If he is any kind of human being, it would've shocked him into changing his lifestyle," Martonick said. "Hopefully, if you kill somebody, you have to feel bad about it."

Ecker's family members were in the courtroom. They declined to speak on camera.