WILKES-BARRE — A man pleaded guilty Tuesday to a bar shooting in Luzerne County that killed one person and permanently injured another. After the plea, a ... 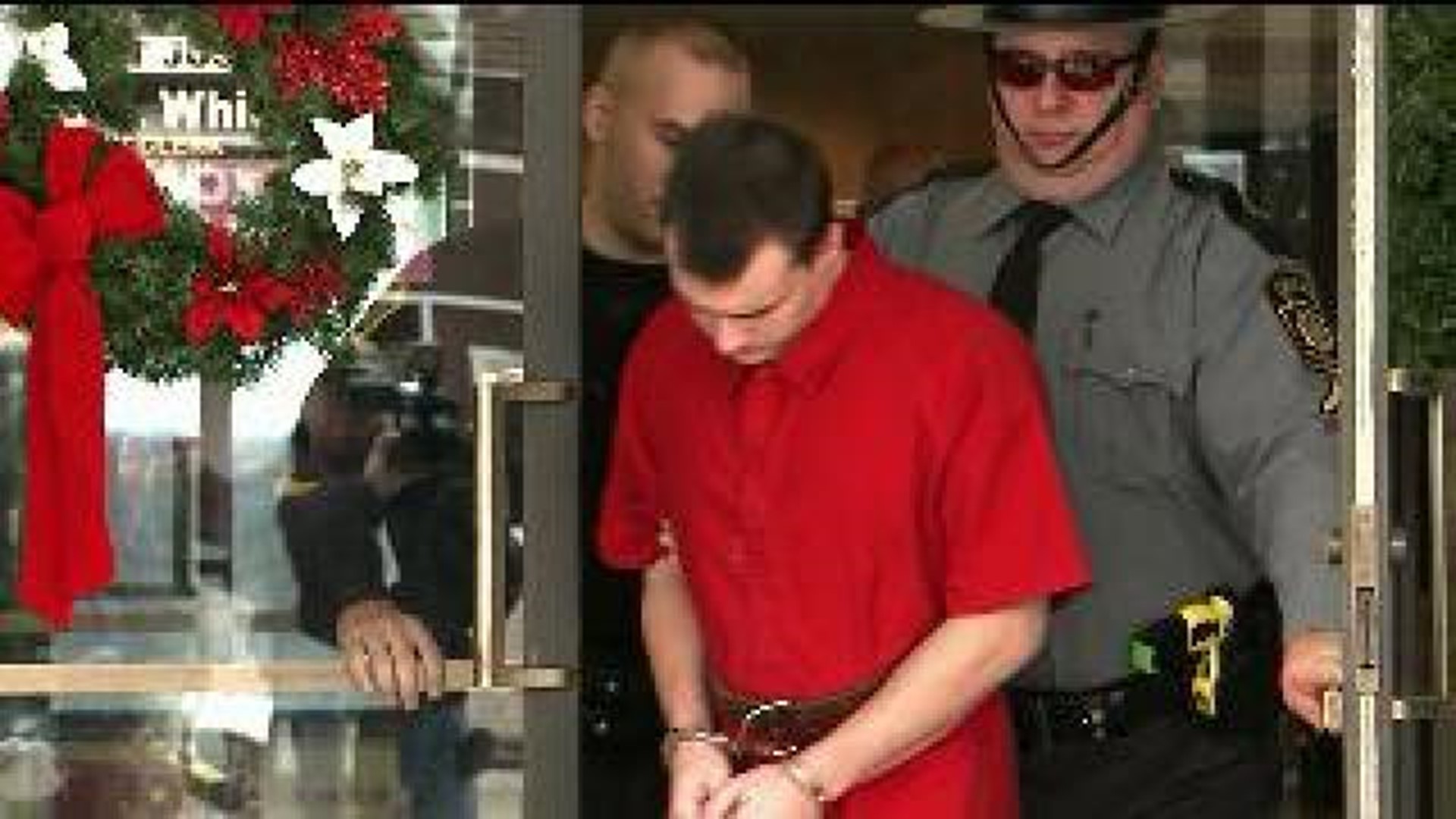 WILKES-BARRE -- A man pleaded guilty Tuesday to a bar shooting in Luzerne County that killed one person and permanently injured another.

After the plea, a judge sentenced William Allabaugh to 25 to 50 years behind bars.

Allabaugh told a judge that he didn't remember much of the night of the shooting in Plymouth last September. But he did plead guilty to the shooting after family members of the victims spoke out in court.

Allabaugh kept quiet as he left Luzerne County court to start the next 25 to 50 years in prison.

Allabaugh pleaded guilty to murder and attempted homicide for the shooting death of Scott Luzetsky outside Bonnie's Bar in Plymouth last year.

"Mr. Allabaugh has to pay for what he's done, and the sentence of 25 to 50 years, he will spend the lion's share of his life behind bars," said Luzerne County A.D.A. Jarrett Ferentino.

Police say Allabaugh started shooting inside the bar in Plymouth last September after he was spotted with a gun and asked to leave. He shot Stephen Hollman inside then ran out to Main Street and shot Scott Luzetsky who later died.

Another person at the bar who was licensed to carry a gun shot Allabaugh, finally stopping the spree.

"The video footage and the evidence reveals that Mr. Allabaugh had turned around and was reapproaching the bar. Mr. Kiter then acted, taking him down. We believe that it could have been much worse that night," Ferentino.

The victim inside the bar, Stephen Hollman, recovered but lawyers say it's a miracle he made it out alive.

William Allabaugh is locked up in Luzerne County. His lawyer had no comment for Newswatch 16.

The man who shot Allabaugh was never charged.

Allabaugh tells judge "I don't remember much of that night." But says he is pleading guilty. @WNEP

Allabaugh faces 20-40 years for murder, 5-10 for attempted homicide, according to plea agreement. @WNEP