SCRANTON — A former captain in the Old Forge police department now admits he sexually abused a young woman when she was a teenager. He pleaded guilty to i... 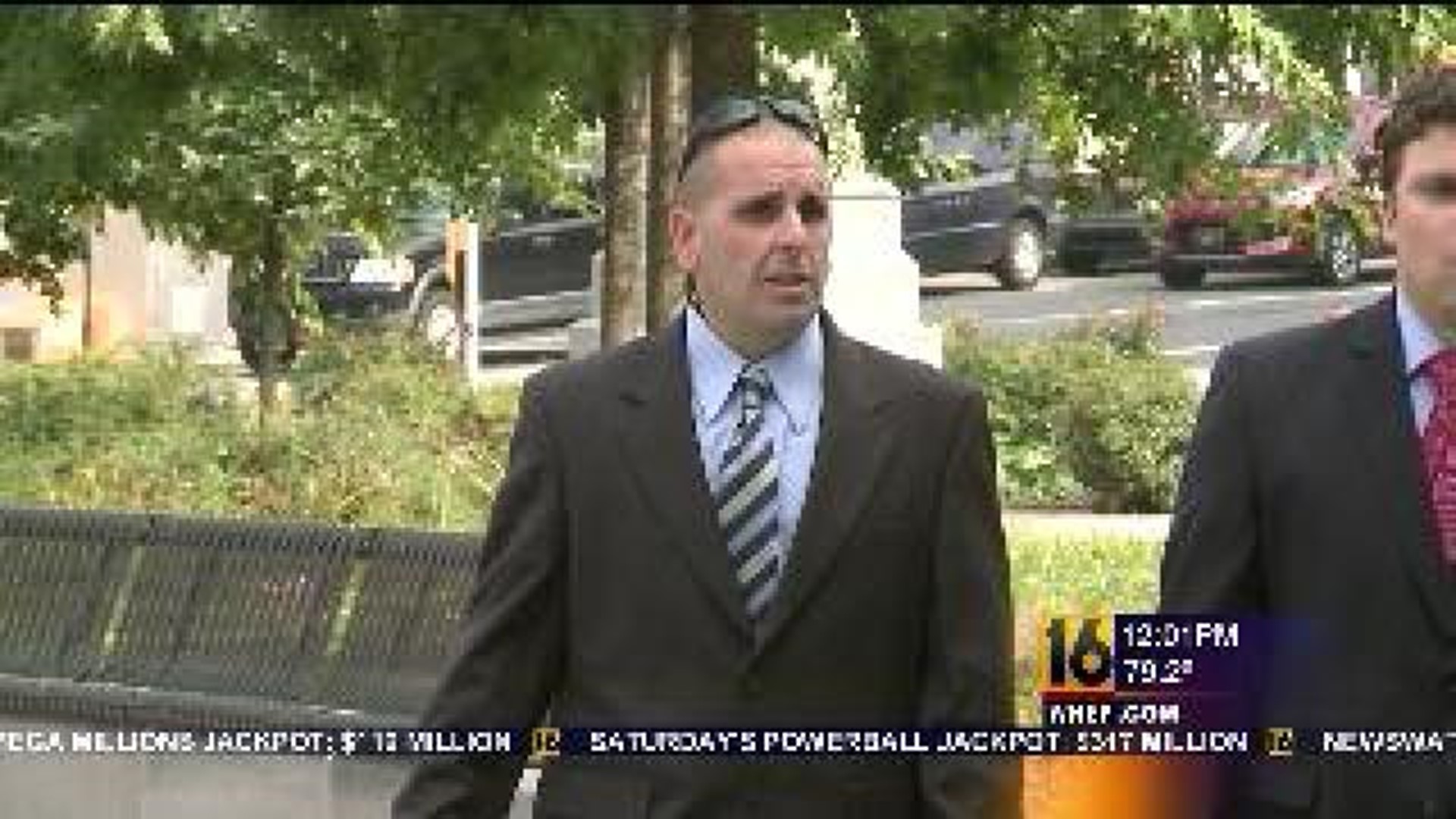 SCRANTON -- A former captain in the Old Forge police department now admits he sexually abused a young woman when she was a teenager.

He pleaded guilty to indecent assault in a child sex abuse case and the deal he made with prosecutors may mean that he testifies against his boss,  the suspended Old Forge police chief who is also charged in the same case involving the same girl.

Prosecutors wouldn't tell us if they definitely plan to call Jamie Krenitsky to the stand when Old Forge Police Chief Larry Semenza stands trial in October but they did tell us that they dropped the most serious charges against Krenitsky in exchange for his cooperation in the case.

The second of three Old Forge public safety officials charged in a sex abuse scandal has admitted guilt in front of a judge.

Jamie Krenitsky resigned from the police force in advance of the plea agreement, a condition in the deal he made with prosecutors.

Along with Krenitsky, his former boss Chief Larry Semenza, and former Old Forge firefighter Walter Chiavacci were all arrested last year and accused of having sexual contact with the same teenage girl back in 2005.

Krenitsky pleaded guilty to only a misdemeanor charge of indecent assault but he's now agreed to help prosecutors with the rest of the Old Forge sex abuse case.

"Prior to the plea, there were felony charges. I think what's important for today's purpose is that the conduct he pleaded to today is the same conduct that was alleged from the very beginning of this case," said Lackawanna County A.D.A. Mariclaire Hayes.

In court, Krenitsky admitted to engaging in sex acts with the girl several times in 2005 while he was on duty inside the Old Forge borough building. He could be sentenced to prison time in the next few months but that probably happen until after the chief heads to trial.

Larry Semenza is scheduled to go before a jury in October and it's possible his old captain will be there to testify against him.

Krenitsky's guilty plea has another condition. Krenitsky has to register as a sex offender for the next 15 years which means he won't be able to be a police officer.