Group From Lackawanna County Heads To March For Life

SCRANTON, Pa. — More than 30 people met early Friday morning at Keyser Oak Shopping Center in Scranton where they boarded a bus heading for the March For ... 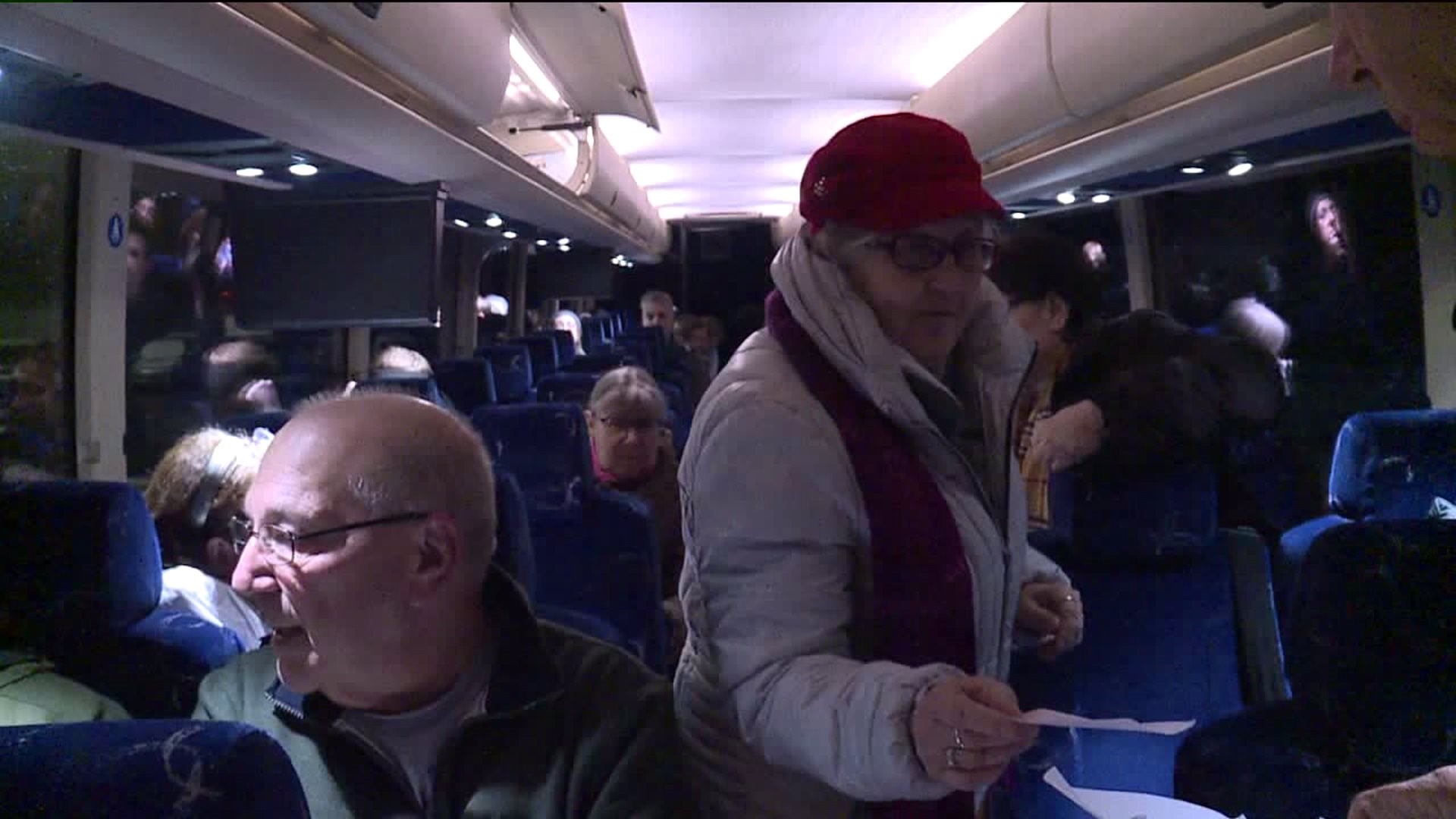 SCRANTON, Pa. -- More than 30 people met early Friday morning at Keyser Oak Shopping Center in Scranton where they boarded a bus heading for the March For Life.

"We just need to stand up for what's right, and I think that's important and I think a lot of people have a lot of stumbling blocks to getting there and we do too and we're finally going, happy to go and we're proud to be there," said Diane Dutter of Clarks Summit.

This is the 46th annual March for Life in the nation's capital.

The rally marks the anniversary of the Roe v. Wade decision, which legalized abortion in the United States.

"We're going to march to try to show people that we care and that we think it's something that should be stopped," said Jack Gardner of Moscow.

Many attend the march each year.

"This is my third year going down and I feel like I look forward to stand up for what I think is right," said Theresa Dutter of Clarks Summit.

Despite the government shutdown, the group from Lackawanna County believes the message will be heard.

"I've been going down for almost three decades and we're going down to protect unborn babies. We think we're doing the right thing," said Francis McHale, the designated captain of the bus trip.

More than 100,000 are expected to rally in Washington for this year's March for Life.